Will Congress Act Quickly to Save Federally-Funded Home Visiting Programs? 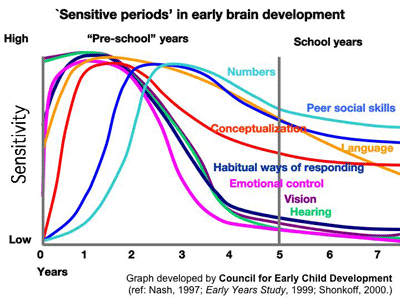 Next month, the federal funding for the country’s home visiting program is set to expire. Congress established the Maternal, Infant, and Early Childhood Home Visiting (MIECHV) program in 2010 under the Affordable Care Act and extended funding for the program for one year in March 2014. This past week the President signaled his continued support for the program, when he requested $500 million for the expansion and extension of MIECHV in his fiscal year 2016 budget proposal. Health and Human Services Secretary Sylvia Mathews Burwell also showed strong support for the program stating, “The budget request…funds a voluntary evidence-based home visiting initiative that leaves a long-lasting positive impact on parenting skills, child development, and school readiness.”

Although MIECHV has strong Democratic support, there is some doubt that the Republican-controlled Congress will support the expansion and extension of the MIECHV program. And, the clock is ticking.

MIECHV was created to provide early intervention services for low-income pregnant women, families, and parents of young children. The home visits, which are conducted by a nurse, social worker, or early childhood educator during pregnancy and in the first years of a child’s life, have been shown to substantially  improve future child and family outcomes.

Research from Stanford University found that socioeconomic differences between low- and high-income parents with young children can lead to a word gap as early as 18 months. Early intervention is a key component to helping to close that gap. Home visiting programs are helping to facilitate positive interactions between parents and their children that research has proven not only builds language skills, but also develops a child's cognitive function and socioemotional skills. For instance, parents that participated in one MIECHV program were more likely to read aloud, sing, and tell stories to their children. Additionally, home visiting has other positive effects on children and families. It is linked to increased maternal health, a decrease in child maltreatment, and less parental stress, among other positive outcomes.

Many advocates hope that they can appeal to Congress and engender bipartisan support for the home visiting program in time to extend the program’s funding. Christina Samuels, an early childhood writer at Education Week, wrote shortly after the release of the President’s budget proposals, “The common refrain around Washington is that the proposals are dead on arrival, but the Preschool Development Grants, the Early Head Start-Child Care Partnership grants, and MIECHV are programs that already exist, and so might find an easier path to renewal or expansion.”

Last year, when MIECHV was in danger of ending without reauthorization (the first time), there was some debate over the program’s efficacy for low-income parents and their young children. Congressman Dave Reichert (R-WA), Chairman of the House subcommittee  that allocates the funding for MIECHV, announced during last year’s hearing for reauthorization, “One of the goals of the new federal home visiting program is to help families and children before problems arise. With the reauthorization of the program pending, it’s time to review whether it is really making that hoped-for difference.” Prior to this statement, Congress had already commissioned an evaluation of the home visiting program that will be released this year. However, there is already an overwhelming amount of research that makes the case for the benefits of the program.

Since its inception, the federal government has invested $1.9 billion in the MIECHV program. To put this in perspective, the federal government has allocated over 25 times this amount to Head Start, which focuses on the development of three- and four-year-old children. The relatively small amounts of funding for home visiting is indicative of a policy and research misalignment. Home visiting is a proven strategy for improving outcomes for children and families. Investing in home visiting can help to foster a child's brain development during the most sensitive periods and can also help to alleviate many parents' worries or questions about their child's development. Overall, the creation of an adequately funded birth through five continuum will lead to markedly better outcomes for kids.

Congress and many presidential hopefuls from both sides of the aisle say they are interested in reducing poverty and in closing the widening income gap. Advocates for home visiting hope to foster bipartisan support among policymakers looking to alleviate the negative impacts of poverty. The program may also appeal to Republicans because it is locally-run and states must use evidence-based home visiting models that align with the needs of their constituents. Additionally, evidence-based models, if conducted with fidelity, will increase the likelihood of effective early intervention and increase the taxpayers’ return on investment.

The future for the federally-funded home visiting program is uncertain, but many child and early education advocates certainly hope that the Republican Congress will provide a more secure funding path for the program and for the families it serves.