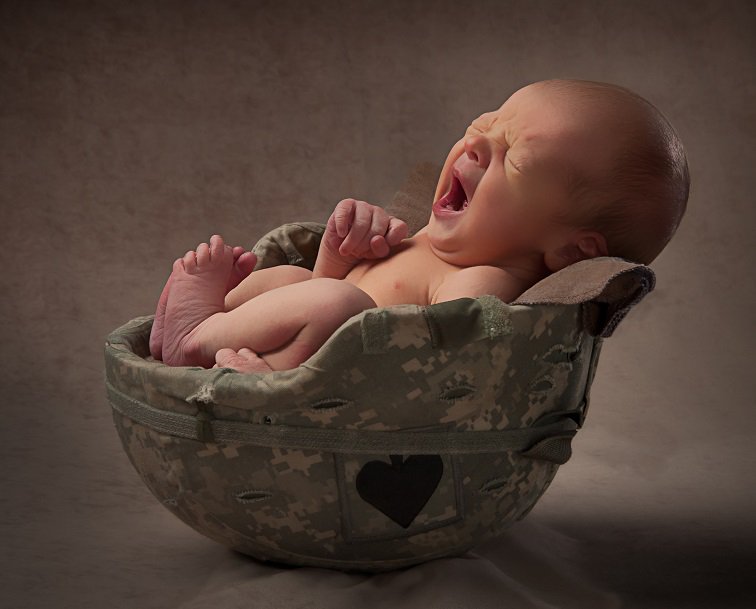 Twenty-five years after the release of the Child Care Staffing Study, early care and education teachers continue to be subjected to low wages and low status. On Tuesday, the Early Education Initiative at New America will host the release of an anniversary report on the state of the child care workforce by Marcy Whitebook, Deborah Phillips, and Carollee Howes. The report notes that although most child care workers experience economic instability, the Department of Defense’s child care and preschool program is a bright spot.

The Department of Defense’s child care system is widely known as a model program. It boasts nearly 23,000 well-trained and relatively well-compensated caregivers, and directly serves or subsidizes care for around 200,000 children daily. This system is large and comparable in size to the Houston Independent School District. In addition to child care, the Department of Defense Schools offer part-day preschool for 4-year-olds. The level of investment by the Department in early care and education is required to meet significant demand. In 2012, military families—active duty, National Guard, and Reserve—included around 730,000 children between zero and 5 years old.  As a result, the military places a high value on providing families with accessible, high-quality, and affordable child care and early education. Early childhood education is touted as a key component of accomplishing the Department of Defense Education Activity’s mission.

A central piece to the military system is the elevation of the child care profession. In the Department of Defense’s pay structure, child care workers and teachers receive compensation and benefits similar to other employees based on experience, training, and seniority. A child care teacher with a bachelor's degree has the potential to make a livable salary plus additional benefits (health insurance, dental care, a pension plan, life insurance, and paid sick and annual leave). Military child care teachers' salary and benefits, although probably still lower than they should be, stand in stark contrast to what is offered to civilian child care professionals—who often receive poverty-level wages and lack benefits. In a  Howard University study ((Ferguson, R. (1991). Paying for public education: New evidence on how and why money matters. Harvard Journal on Legislation, 28, 465-498.)), researchers noted that spending more on highly qualified teachers (or caregivers) produced better student outcomes than spending on any other item.

However, child care in the military, as in most functioning large-scale systems, had a rocky beginning. In 1982, the General Accounting Office (now the Government Accountability Office) conducted a study that revealed many of the problems within the military child care system.  At that time, the primary issue was high demand for, and low supply of, safe, monitored, high-quality child care settings. There were many reports of children left in unsafe conditions, which led to increased allegations of child abuse in early care programs and poor child care conditions more broadly. As the military child care crisis rose to the national stage (with the help of the 1989 Child Care Staffing Study), Congress held a number of hearings that  resulted in the passage of the Military Child Care Act of 1989 (MCCA). The provisions of this legislation led to the high-quality military child care system that we see today.

MCCA increased standards for center-based child care programs within the military. The Department of Defense began to monitor all early care and education settings (center, home, and school-based) to raise the level of quality across the board. And it worked.

A 2001 NAEYC article reviewed the many components of high-quality care that the military added to create a comprehensive system. A highly trained, educated, and stable child care workforce was one of the key components to this renowned system. As the military went about professionalizing the child care workforce, it was then able to set more stringent standards, including certification, program accreditation, and higher levels of educational attainment. Through these reforms, the military sought to support great outcomes for kids. By 2000, “95% of all military child care centers met the higher national accreditation standards of NAEYC...compared [to] 8% of non-military centers nationwide.” The professionalization of the workforce fostered an environment of increased stability and retention for workers. After many of these reforms were implemented, the early care and education staff turnover reduced dramatically, from 300 percent annually on some bases to less than 30 percent.

The military was able to successfully do all of this without raising costs for parents. Child services’ fees are subsidized for parents on a sliding scale based on income. On average, fees for center-based child care are 25 percent lower than in the civilian market due to higher subsidies.

A report from the National Women’s Law Center states that  the civilian early childhood system could learn from the Department of Defense on how to make an adequate and sustainable investment in early education. Sadly, as my colleague Lisa Guernsey has noted, in the civilian child care workforce, teachers are often paid less than animal trainers and parking attendants. Low pay is preventing the professionalization of early childhood teachers and child care workers. If we truly want to make a significant investment in early education and development, states and the federal government need to help raise the status and compensation of all teachers working with children under five—no matter the setting. As a country, we should learn from our troops—and value and maximize the potential of early learning by investing in teachers who can foster brain development during the critical early years.