The Core, Or Not the Core — That Is the Question 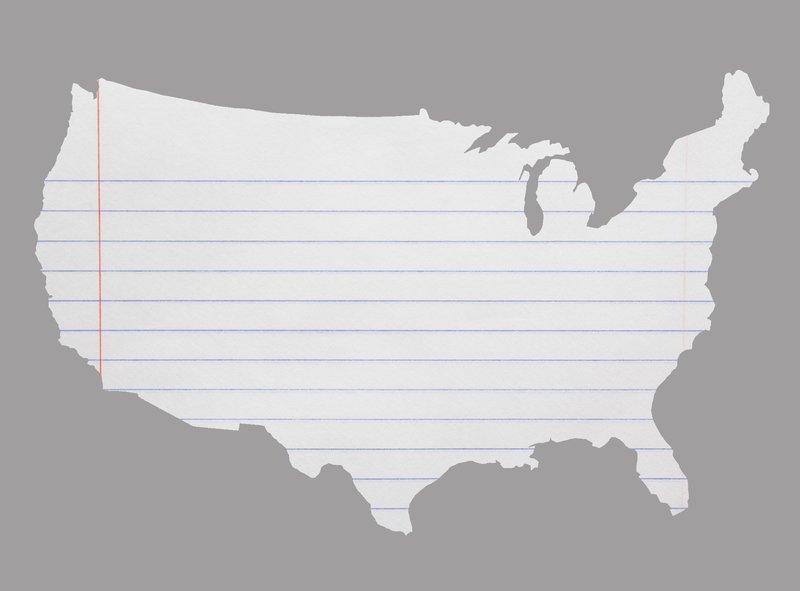 The Common Core State Standards have taken more than their fair share of abuse in this Republican primary. The presumptive nominee has called repeatedly for an end to the Common Core Standards, calling them a 'disaster,' and was joined by other conservative candidates in promising to repeal the Core if elected (a promise, incidentally, that they would never have been able to keep, given that standards are set by states). A cursory look at state-level Common Core coverage might suggest that anti-Common Core sentiment is proliferating in states: at least nine states have passed legislation or written policy that changes their standards this year, and more than a few have billed their actions as a repeal or replacement of the Common Core.

But given a deeper look, the picture these facts paint of widespread defection from the standards is not necessarily accurate. The results of New America’s 2015-16 Mapping College Ready Policies scan show that only one state, South Carolina, replaced the Common Core this school year. The remaining states that have made changes to their standards this year remain squarely on the list of Common Core states. So where’s the disconnect? Or, to borrow a line from the Bard: are these states’ standards the Core, or not the Core? That is a good question.

Originally, 45 states and the District of Columbia adopted the Common Core Standards in their entirety. That number has remained fairly constant, with the exception of Oklahoma and Indiana— which changed their standards last school year—and now South Carolina, which replaced the Common Core effective this school year.

To determine which states have stuck with the Core, New America used the Common Core State Standards Initiative’s website—which provides an interactive map of official Common Core states—as the final arbiter. Our scan found that of the nine states that made some change to the standards this year, South Carolina was the only one removed from the Common Core rolls. Of the remaining states still listed, eight had changed the name of their standards. At least four of these states have moved to change the actual language or progression of the standards. Even though states have always been able to add additional content to the standards, some of these states are changing the original standards—something that Common Core states haven’t traditionally been allowed to do.

Mississippi, similar to South Carolina, reacted to criticism of the Common Core by making changes, but in this case, the result has been less clear-cut. The standards have retained their name, but their content changed in subtle ways. For instance, a kindergarten math standard that used to read “Represent addition and subtraction with objects, fingers, mental images, drawings , sounds (e.g., claps), acting out situations, verbal explanations, expressions, or equations” now reads “Represent addition and subtraction, in which all parts and whole of the problem are within 10, with objects…”

In spite of these and other alterations to the standards, Mississippi is still listed as a Common Core state. Mississippi Superintendent Cary Wright has assured the public that changes to the state’s standards are, in her words, “tweaking,” the Common Core. But it is not clear where the line between “tweaking” and “replacing” is drawn, as there are no explicit policies about how states can and cannot change the standards. Nevertheless, Mississippi remains a designated Common Core State.

Other Common Core states have made even slighter changes—Illinois, for instance, has kept the language of the standards identical, but this year changed the name from “Illinois Core Standards” to the “Illinois Learning Standards.” States making the political lift to initiate such minor changes are likely responding to public pressure to move away from the Common Core. These name changes and minor tweaks to language were probably a move to maintain consistent college- and career-ready standards while alleviating the pressure of anti-Core sentiment. If it allows states to retain high-quality standards, perhaps proponents of the Common Core will simply chalk it up as a necessary evil. At the same time, even such  superficial changes to the standards do present some challenges worth considering.

One of the benefits of shared academic standards is the ability to share curricular resources, which has significant potential to reduce cost and workload across states. When states change the name and/or content of their standards, resource-sharing becomes more challenging. States, districts, and even teachers seeking to find, share, and repurpose high-quality curriculum and resources from other states will face the difficult challenge of determining alignment, especially in states that have tweaked the actual language of their standards. States that have made these shifts, particularly to the language of the standards, will need to take care rolling out changes to the Common Core. They will need to provide clear guidance to help educators—as well as parents—understand both the changes to their state’s standards and to benefit from the growing wealth of resources that have been created to improve student learning.

On the national level, gaining and maintaining a clear understanding of which states are staying the course on the Common Core will be an ongoing challenge, as states continue to rebrand or outright change their standards. While the Common Core Initiative’s list of states is certainly a good place to start, more detailed analysis of how states have altered their standards is nonetheless needed. Until then, for states that have moved away from the standards’ shared moniker, will the Common Core by any other name smell as sweet?"