Basic humanity is still missing from the conversation on transgender students 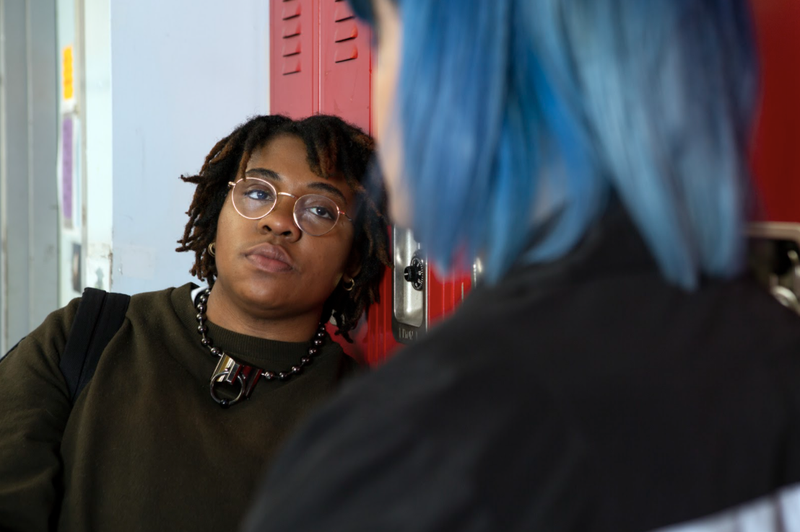 Early this month, the U.S. House of Representatives passed the Equality Act—a sweeping bill that would create equal protections for LGBTQ people in employment, education, and housing. While this feels like a time of celebration for some, the bill now faces a number of vocal opponents as it moves to the Senate, where Republican leaders are renewing the push for laws that would severely limit rights for transgender people.

Just a day before the legislation narrowly passed the House, Sen. Rand Paul (R-KY), used transphobic misinformation to derail a hearing for a Biden administration cabinet nominee—for the second time in as many weeks. The first instance was during the confirmation hearing for Biden’s nomination for secretary of education Miguel Cardona. During the hearing, Sen. Paul was joined by two other senators in insisting that Cardona condemn policies that allow trans students to participate in school sports, particularly on teams traditionally designed for a gender other than the one they were assigned at birth.

A more recent incident occurred earlier this month during the hearing for Rachel Levine who, if confirmed, would be the highest-ranking openly trans government official in American history. During the hearing, Sen. Paul used language that entirely erased the existence of trans people, rather than simply opposing them. He used this erasure to build his argument that students and young people who claim to hold this identity are confused and cannot make personal decisions about their own bodies. This argument is used often in anti-trans rhetoric and has been repeatedly debunked in scientific research.

There’s a common perception that those who deny equal rights do so because of religious bias, moral opposition, racism, or social conservatism. And while these ideologies may certainly be major factors, the seldom evolving nature of the fight for inclusion hints at a deeper issue.

In order to oppose someone’s rights, beliefs, or well-being, you must fundamentally believe that they exist. You must acknowledge that they are a person with a truth about them in order to attempt to disprove, disagree with, or otherwise invalidate that truth. Seldom in the U.S. have gender and sexuality—and the marginalization associated with them—been understood as fundamental truths by federal and state leaders.

Any trans student or teacher watching these hearings knows that the ideology behind the remarks made by Sen. Paul and others doesn’t only exist in Congress; it pervades every aspect of society and continues to guide school decisions at many levels. White queer and trans students as a whole are bullied and disciplined at higher rates and graduate at lower rates than their non-LGBTQ peers, and they seldom, if ever, see themselves reflected in the curriculum. The simultaneous effects of institutional racism and white supremacy mean that the disparities for Black, Latinx, Asian, and Native trans students are far worse. Despite the fact that they’re not a statistical margin of the population—a recent Gallup poll shows that as many as 1 in 6 young people identify as LGBTQ—they are persistently underserved in schools.

While these young people stand to gain the most from legislation like the Equality Act, they often also have the least amount of say in the fight against those harmful ideologies, particularly for those too young to vote. When they see the news, they see American leaders denying their very existence more often than they deny their rights.

This legacy of anti-trans ideology is not merely a residual effect from school administration decisions of decades past; it is intentionally upheld in schools around the country today. The Texas State Board of Education, for example, recently voted on whether to make sex education relevant and useful for all students, including LGBTQ-students—and they rejected it. Instead, despite evidence in support of comprehensive curricula and pleas from families, they voted to uphold the Texas law that prohibits teachers from portraying LGBTQ people and identities in the classroom entirely.

In contrast, New Jersey recently joined one of only five states—California, Oregon, Colorado, and Illinois—after it passed inclusive curriculum laws designed to include and represent all students. In the few years that these handful of states have made inclusive curriculum a reality, the federal policy environment has, at best, lacked guidance and standards around inclusion. At worst, it has actively fought these efforts, rolling back protections for transgender and nonbinary students, withholding funding to schools supporting transgender students, and denigrating decolonized history lessons as “un-American.”

If there was still any question of why the U.S. hasn’t adopted inclusive school policies at the national level, this month has given us a clear answer. Comments made by Sen. Paul and other leaders are not a bid against trans students, they are a complete erasure of them. Allies of LGBTQ students ought not to be surprised that intentional bias and transphobia still guide our decisions in 2021. To begin addressing pervasive transphobia in schools, these conversations must start with a basic acknowledgement of humanity, and commitment by allies to stand up for LGBTQ students where decisions are made.