Ask the Parents: Gathering Perspectives on Libraries, Media, and Technology 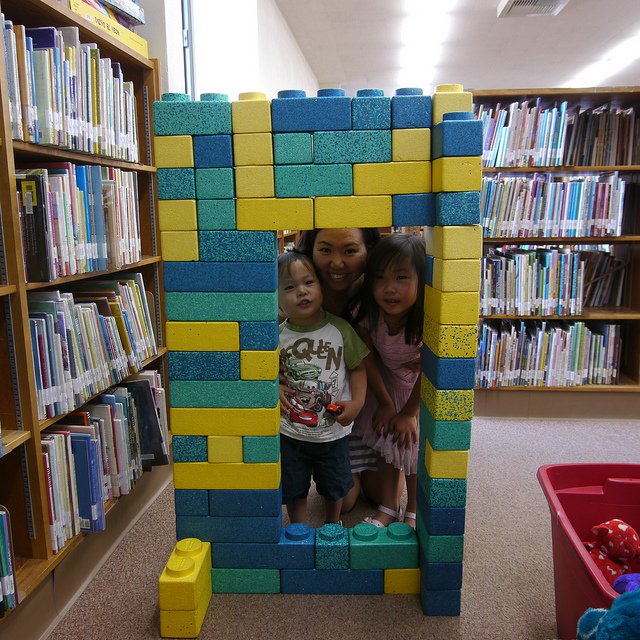 mliu92 on Flickr, republished under a CC BY license

It is now a rite of modern-day parenthood: To raise kids today, parents and caregivers are constantly comparing the pros and cons of digital media and smartphone apps while navigating around marketing pitches and scary headlines about what screen technology might mean to their children’s wellbeing. With the landscape changing so quickly, parents are right to wonder if they are doing the right thing.

As we’ve described in these pages before, media mentors—including librarians, educators, and family engagement specialists—can provide needed help. They can point parents to vetted resources and curated lists, model ways of using media (new and old) that spark the most learning, and help build critical thinking skills for discerning quality in media. But media mentors are not all-knowing. Just as families can learn from them, they can learn from families.

This summer, we reported on a program called Peer Coaching to Improve Technology, Information, and Digital Literacies for Families—an initiative started by the Harford County Public Library, a county in Maryland north of Baltimore, to help public librarians coach themselves to become better media mentors. One of the attributes of that program, which we at New America helped develop, was gathering input and questions from parents about what they need from their libraries and what questions they have regarding technology use with their kids. We set up informal 30-minute parent discussion sessions at three sites—an Early Head Start center offering a parent workshop, an elementary school on a day in which parents were arriving for a special parent involvement day, and at a public library during storytime. 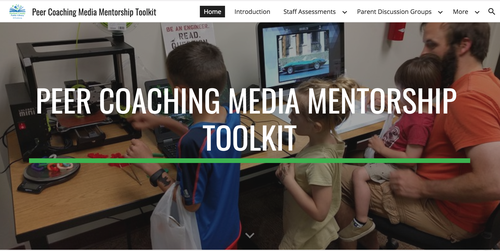 In the new Peer Coaching Media Mentorship Toolkit, an openly licensed resource published by Harford County last week, we describe how to conduct these kinds of parent discussions and how to share and gain insights from their comments. (For example, while it is important to gain contact information to follow up with parents, it is also important to protect parent privacy by not using their names in written materials).

So what did parents tell us? Below are five takeaways that helped shape the content of training workshops in the peer-coaching program, informed the development of the three categories of media skills that families and children need (media mechanics, media management, and media literacy), and helped media mentors consider the best kinds of resources to suggest to families:

FINDING 1: Appreciation from Parents: All participants in the focus groups (15 in total) said they visited the Harford County Public Library with their children. And eight provided enough detail in their responses about the resources they use at the library to make it clear that they visit the library on a regular basis with the specific intent to provide early learning experiences for their children. Parents expressed appreciation for the library’s resources and activities, with the check-out science kits and hands-on family activities mentioned in several conversations.

Hearing that parents use and appreciate the library provided a morale boost and an impetus for continuing to work on behalf of families. The mention of hands-on activities led the developers of this training to ensure that peer coaching included a look at how librarians were using resources and tools that could be touched and manipulated.

FINDING 2: Variation in Family Attitudes on Tech: Parents responses to questions related to the use of digital media and technology varied widely. For example, one parent asked if the library could help expose her child to more than the usual cartoons, asking for “more showcase cinema.” Another parent wanted bigger touchscreens so her young child could try using online catalogs and search mechanisms without having to learn how to use a mouse. And another announced at the beginning of the interview that she tries to keep her child away from screens entirely, not even checking out movies.

Above all, the project was designed to remind librarians that their interactions with customers should be neutral and should avoid preaching one way or another about parents’ decisions to use or not use technology with their children. In designing programming or conducting storytimes, librarians will need to take into account the diversity of families’ attitudes, beliefs, and needs related to digital media and technology.

FINDING 3: A Sense of Concern: While parents’ attitudes and rules about technology differed widely, nearly all parents gave voice to various concerns about the negative aspects of technology (such as the worry that children would see inappropriate content; the potential for tantrums when kids have to give up their tablets; a sense that technology is a distraction; or a general sense that technology would be detrimental to their learning and development).

Knowing that parents have a general sense of worry and concerns about the impact of technology, media mentors have an opportunity to help parents navigate away from negative outcomes by guiding parents to quality content that matches the needs of their children and by modeling the inquiry process that accompanies the The Three C’s (asking themselves or the parents questions specific to content, context, and child). In addition, because research shows the positive gains that can come with joint media use by both parents and children together, media mentors can design programming to support that joint engagement.

FINDING 4: The Richness of Context: When parents did provide details about content, they also started to provide specificity about the context of the environment in which their children used the content. For example, one mother talked about how much her daughter loved the “how-to” videos on YouTube about making slime, showing pride that her daughter could find these videos on her own and saying that her daughters’ interest in making slime had become a point of conversation in the household. However the mother also said she was worried about how slime-making would lead to a mess that she would have to clean up.

Clearly the context in which children and parents are using various media can be incredibly complex and multilayered in each particular case. (For example, in the above comments about slime-making videos, the media had become a jumping-off point for conversation between parent and child. And even when the media wasn’t being watched, the potential was high for a transfer of learning from what was watched to what was concocted in the kitchen, and a parent’s desire for a tidy household were all factors in the decisions being made about children’s media use.) Knowing that librarians cannot possibly know the context in which media and technology might be used at home, the focus in media mentoring should be on first asking questions and listening to parents’ needs.

HOW WE USED THIS INPUT

It is important to recognize that while parents might state that they feel overwhelmed by technology and media, they are not prone to ask for “media mentors” nor did they, in these particular discussion groups, say that they sought out the library as a place for guidance and support around technology. In other words, libraries have a brand-awareness problem. Part of media mentorship may need to involve outreach to parents and other customers to help them see the library as a resource for navigating and making good choices about media use with their kids. These comments from parents also drove home the point that what excites parents most is not the technology per se, it is the learning, exploration, and fun experiences that they want to give their children. Library programs should be designed to offer exciting content and opportunities to learn new things, harnessing the power of using different modes of media to spark those learning opportunities.

Every community and every parent is different. It is not a given that these kinds of responses would be replicated everywhere, which is why public libraries, schools, and community organizations will want to conduct their own parent discussion groups. But the broad themes that are derived from a consideration of parents’ comments could help to stir discussion in other places. To stay relevant in the digital age, libraries have recognized they need to transform themselves into places that are more deeply connected to their changing populations and that offer services families cannot get anywhere else. Tapping the wisdom of parents to build better media mentorship across libraries and other institutions is surely part of the answer.