Alaska to the U.S. Department of Education: We’ll Take Your Money, But Not Your Oversight 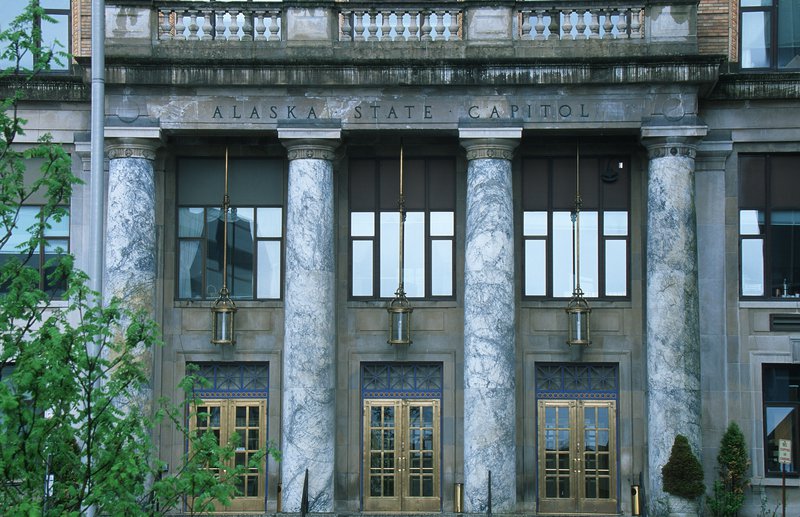 Alaska Governor Bill Walker has a big decision ahead of him. On his desk sits a piece of legislation that, if he choses to sign, may have serious consequences for Alaskan students, not to mention students in states across the nation that may look to Alaska’s example. Legislators are waiting for the governor to sign off on HB156, a bill that, among other things, would cancel all state assessments in Alaskan public schools for the next two years, and set off a showdown with the U.S. Department of Education.

This legislation comes right on the heels of the Alaska Department of Education and Early Development (EED)’s decision to cancel end-of-year assessments for this school year, after technical problems prevented a large number of students in both Kansas and Alaska from accessing their tests on exam day (Kansas, notably, did not choose to cancel testing). It also follows years of inconsistency in Alaska’s assessment program, starting with the transition away from the Standards Based Assessment (SBA), the assessment it used between 2006 and 2014. Since then, the state has experimented with a number of testing options; joining and promptly withdrawing from the Smarter Balanced consortium, entering into a five-year contract with the Assessment & Achievement Institute, and then, after canceling this year’s assessment, announcing that they will seek a new vendor for next school year.  If Governor Walker signs this bill into law, they may be forced to stop looking.

If HB156 becomes law, it will put Alaska squarely in violation of the federal Elementary and Secondary Education Act (ESEA), which requires all states to test students yearly in reading and math in grades 3-8 and once in high school, and once in upper elementary (3-5), middle and high school for science. This requirement of ESEA, regarded by many to be a civil rights law, was designed to guarantee several things: First, that citizens in every state have access to clear information on how public, taxpayer-funded schools are serving all students. Second, that schools failing to provide students with a high-quality education receive the support and intervention that they need. Third, that states and districts that do not serve all students equally, regardless of family income, race, ethnicity, or gender, are held accountable.

Given how clearly Alaska’s new legislation flaunts this requirement of ESEA, the Department of Education, would be (as Education Week recently reported) well within its rights to revoke millions in education funding from the state. Alaskan legislators, however, appear to be quite cognizant of, and unwilling to run, this risk. HB156 includes a clause stating that if the Department of Education provides notice that it will withhold federal funding as the violation, all schools will be required to administer statewide summative assessments. Put bluntly, the underlying message might best be summarized as “We’re ready and willing to violate the law, just so long as there are no consequences. But if there are consequences…let’s forget about it.”

Not only does this requirement put folks working at all levels of Alaska’s K-12 education system in the tough position of preparing for an assessment they may not even give, it also starts a metaphorical game of chicken with the U.S. Department of Education. If Governor Walker signs the bill into law, the Department will have two options: threaten to revoke federal funding or give Alaska permission to pause testing until 2020. The former would force the Department to bear its teeth in a way that it has generally been unwilling to. The latter, on the other hand, would be an open invitation to other states to follow Alaska’s lead, setting a worrying precedent for the future of shared assessment nationwide.

At the heart of this bill is a profound suspicion of and dislike for federal involvement in state policy. Interviewed about HB156, supporters have made this clear, perhaps none more so than David Boyle of the Alaska Policy Forum, who told the Heartland Institute:  “The bill’s intent was to push the federal control away, push them out of the state. We’ll take their money, but we don’t want them to have any say in our education here in the state.”

The political sentiment driving this legislation puts the federal Department of Education in a tricky position. On the one hand, the Department could exercise greater authority over states and insist that they will revoke federal funding if Alaska chooses not to assess student learning, which in turn allows conservative lawmakers further decry federal requirements as the products of overreach. On the other, the Department could roll over and allow Alaska to move forward with its plan.

If Alaska is allowed to get away with scrapping state assessment, it sets a precedent for other states, many of which face similar challenges (both technical and political) to their state testing regimes. Any state passing similar legislation would face a similar consequence: the loss of vital information that the public needs in order to hold schools accountable. It is difficult to overstate the potential harm that a trend like this might do to educational progress in the United States. Without clear and consistent data on how well our nation’s schools are serving all students, state and national stakeholders cannot begin to wrap their arms around what we already know to be an enormous problem: too many American students are not receiving equal access to educational opportunity.

So as Governor Walker weighs whether or not to pause testing for a further two years, a great deal hangs in the balance. If he gives the green light, Alaska will be on track to further widen a massive gap in information about student achievement. And if the Department gives in to Alaska’s demand for no-strings-attached funding, it may find that Alaska’s approach soon spreads to other states.