ARPANET; Where did it all start again? 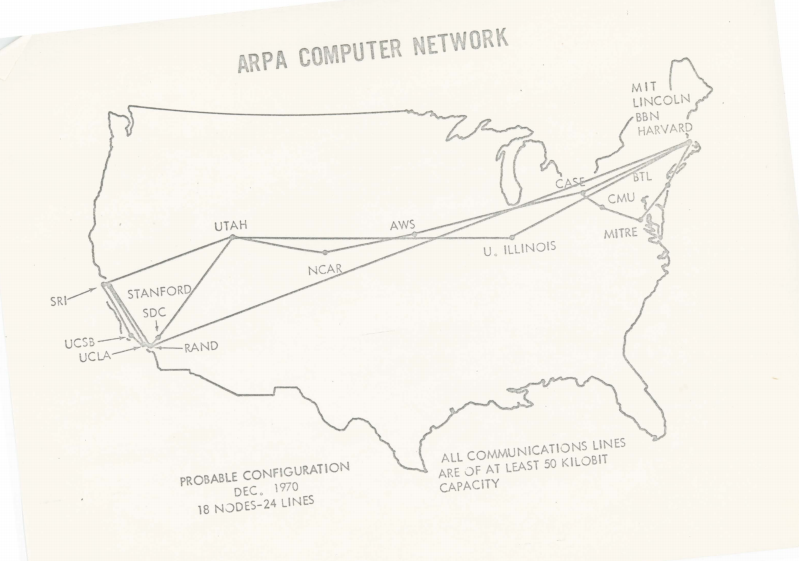 PART 5. ARPANET; Where did it all start again?

There is said to be a single hook around which much of the scholarship on cyberspace evolved. This is ARPANET, which was implemented in October 1969 when four university computers became interconnected in the United States. ARPANET serves both as an anchor point for explaining what cyberspace once was as well as way of expounding the principles underlying cyberspace today.

Yet, there are still multiple ways of describing this foundational project. From one perspective, ARPANET is taken to reveal that cyberspace has always been a tool for political power struggles. According to Roger Hurwitz, “[e]ven liberal regimes have sought power to police cyberspace… [later] struggles uncannily rewrite in large those earlier tensions when the federal government owned ARPANET and researchers fretted that their using it for personal communications might run afoul of the overseers.”

For others, ARPANET is mainly proof that the military has always been interested and involved in cyberspace from the very beginning. It is often pointed out that the DARPA funded community—with J.C.R Licklider as the first head of the computer research program and Ivan Sutherland, Bob Taylor and Lawrence G. Roberts as his successors—was indeed at the birth of ARPANET. Also one of the goals of ARPANET was to design a decentralized network which could continue even in case networks were damaged.

Yet the feature which is most frequently emphasized is that ARPANET was largely considered an academic project, with trust and availability trumping security. Raphael Cohen-Almagor writes, “the culture of the ARPANET community was one of open research, free exchange of ideas, no overbearing control structure, and mutual trust.” Similarly, Joseph Nye Jr. states, “ARPANET […] [was] essentially a research tool and the plaything of a few. In other words, the massive vulnerabilities that have created the security problems we face today are less than two decades old and are likely to increase.”

Overall, the existence of different descriptions for the same foundational project, ARPANET, can be seen as another means of contest for the concept of cyberspace.