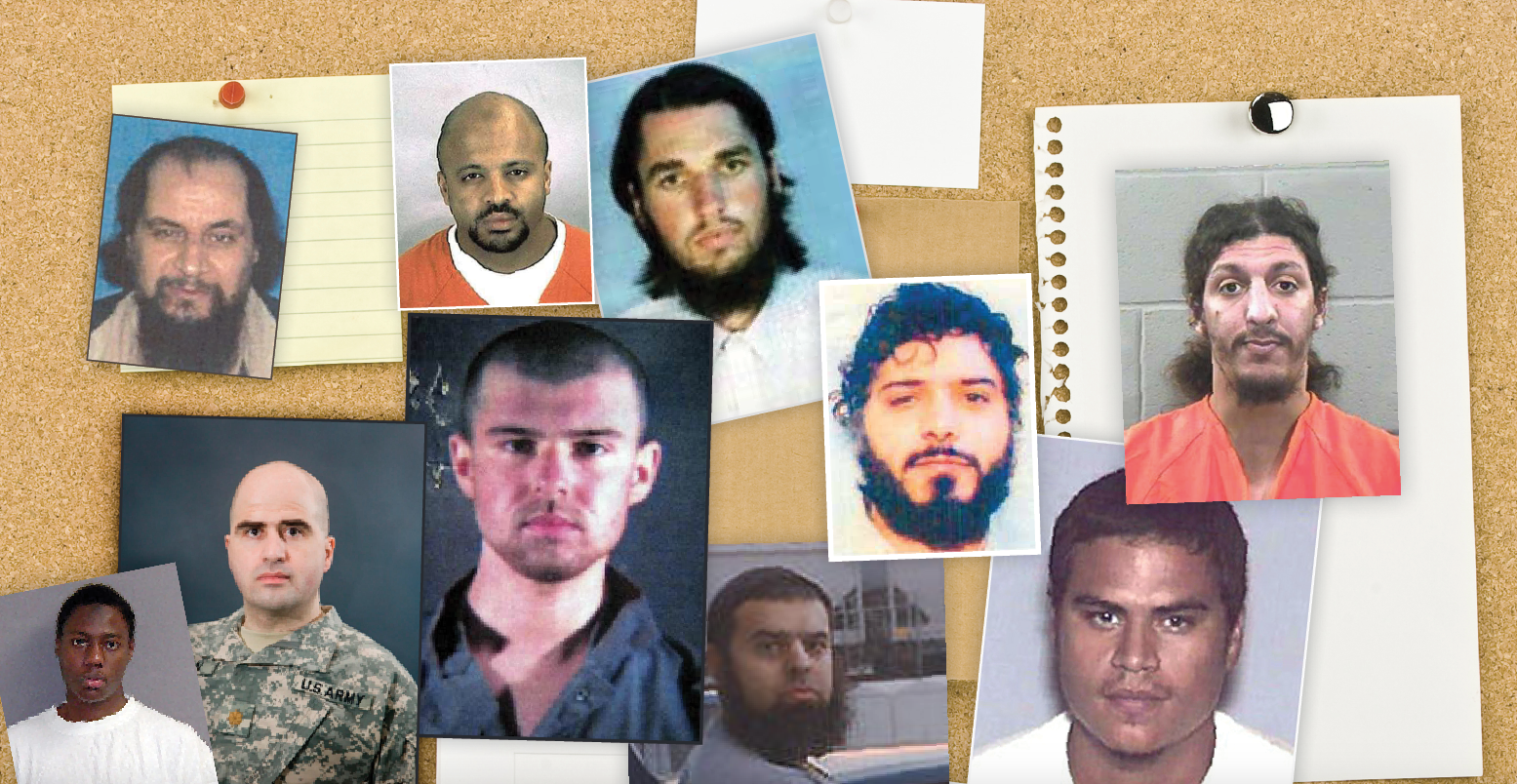 Part II. Who are the Terrorists?

They are as “American as Apple Pie”

In the post-9/11 era, conventional wisdom holds that the jihadist threat is foreign. The conventional wisdom is understandable; after all it was 19 Arab hijackers who infiltrated the United States and conducted the 9/11 attacks. Yet today, as Anwar al-Awlaki, the American born cleric who became a leader in Al Qaeda in the Arabian Peninsula, put it in a 2010 post, “Jihad is becoming as American as apple pie.” Far from being foreign infiltrators, the large majority of jihadist terrorists in the United States have been American citizens or legal residents. Moreover, while a range of citizenship statuses are represented, every jihadist who conducted a lethal attack inside the United States since 9/11 was a citizen or legal resident except one who was in the United States as part of the U.S.-Saudi military training partnership.

Far from being foreign infiltrators, the large majority of jihadist terrorists in the United States have been American citizens or legal residents.

Citizenship Status at Time of Charge or Death

Hover over a square for more detail on the individual cases.

On January 27, 2017 President Donald Trump issued an executive order banning entry from seven majority Muslim countries (Iran, Iraq, Syria, Sudan, Libya, Yemen, and Somalia) citing national security reasons. None of the deadly attackers since 9/11 emigrated or came from a family that emigrated from one of these countries nor were any of the 9/11 attackers from the listed countries. Nine of the lethal attackers were born American citizens. One of the attackers was in the United States on a non-immigrant visa as part of the U.S.-Saudi military training partnership. On March 6, 2017, the Trump administration issued a new executive order that dropped Iraq from the travel ban among other changes. In September 2017, the Trump administration again revised the ban, dropping Sudan while adding restrictions on travel from Chad, Venezuela, and North Korea.

Of the sixteen lethal jihadist terrorists in the United States since 9/11:

Origins of Lethal Jihadist Terrorist Attackers in U.S. Since 9/11

What About Non-Lethal Attacks?

When the data is extended to include individuals who conducted attacks inside the United States that were foiled or otherwise failed to kill anyone, there are only four cases that the travel ban could have applied to. However, in at least two of those cases, the individual entered the United States as a child. In a third case the individual had a history of mental illness and assault not related to jihadist terrorism. In a fifth, non-lethal attack Adam al-Sahli, who conducted a shooting at a military base in Corpus Christi on May 21, 2020, was born in Syria but was a citizen because his father was an American citizen and thus would not have been subject to the travel ban.

On March 3, 2006, Mohammed Reza Taheri-Azar, a naturalized citizen from Iran, drove a car into a group of students at the University of North Carolina, injuring nine people. However, Taheri-Azar, though born in Iran, came to the United States at the age of two. As a result his radicalization was homegrown inside the United States.

On September 17, 2016 Dahir Adan, a 20-year-old naturalized citizen from Somalia - though born in Kenya, injured ten people while wielding a knife at a mall in Minnesota. However, like Taheri-Azar, Adan had come to the United States as a young child.

On November 28, 2016 Abdul Razak Ali Artan, an 18-year-old legal permanent resident who came to the United States as a refugee from Somalia in 2014 -- having left Somalia for Pakistan in 2007 -- injured eleven people when he rammed a car into his fellow students on the campus of Ohio State University and then proceeded to attack them with a knife. However, it is not clear that the attack provides support for Trump’s travel ban. Artan left Somalia as a pre-teen, and if he was radicalized abroad, it most likely occurred while in Pakistan, which is not included on the travel ban. Furthermore, it is far from clear that Artan radicalized abroad rather than inside the United States, and in a Facebook posting prior to his attack, he cited Anwar al-Awlaki, the Yemeni-American cleric born in the United States, whose work -- which draws largely upon American culture and history -- has helped radicalize a wide range of extremists in the United States including those born in the United States.

On November 12, 2017, Mahad Abdirahman, a 20-year-old naturalized citizen who was born in Somalia, stabbed and injured two men at the Mall of America. During his trial, Abdirahman stated he was inspired by ISIS. However, Abdirahman’s case is far from clear evidence for the travel ban. He had previously been hospitalized for mental illness and prescribed medication that he stopped taking. He also faced an earlier assault charge having stabbed a psychiatrist with a pen.

Origins of Non-Lethal Jihadist Terrorist Attackers in U.S. Since 9/11

A large proportion of jihadists in the United States since 9/11 have been converts. This is not entirely surprising as one in five American Muslims are converts according to a 2011 study by the Pew Research Center though converts do appear to be over-represented among jihadists. In addition a small number of cases involve non-Muslims, including those convicted in the Liberty City Seven case who were followers of the Moorish Science Temple, a syncretic religion combining aspects of Islam and other religions.

The large number of converts and even non-Muslims among those accused of jihadist terrorism challenges visions of counterterrorism policy that rely on immigration restrictions or focus almost entirely on second generation immigrant populations.

Religious Affiliation and Conversion Status at Time of Charging

Hover over a square for more detail on the individual cases.

They’re not all young hot heads

Another misconception is that jihadist extremism is the province of only young hotheaded loners. Such individuals certainly exist, yet in the United States, participation in jihadist terrorism has appealed to individuals ranging from young teenagers to those in their advanced years. Many of those involved have been married and even had kids - far from the stereotype of the lone, angry youngster.

Jihadists by Age and Marital Status

Far from being young hotheads, jihadists in the United States range across ages, with the average age in the late 20s, and many are or have been married. Hover over a square for more detail on the individual cases.

They're mostly men, but women are increasingly involved

Jihadists, by Year and Gender

Illustration of gender of individuals who are charged with or died engaging in jihadist terrorism or related activities inside the United States, and Americans accused of such activity abroad. Years indicate the year that individuals were charged or if they were not charged, the year that they died. Hover over a square for more detail on the individual cases.