You Share Your Genetic Data at Your Own Risk 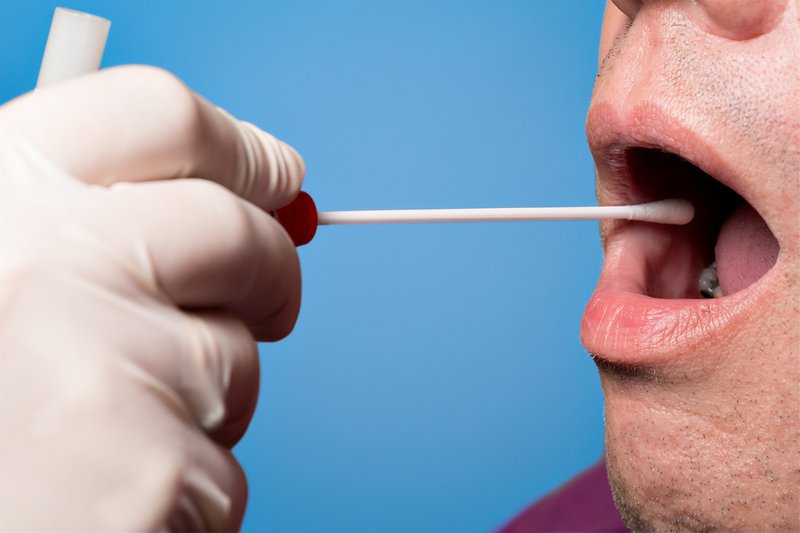 After more than a decade of work, the Human Genome Project produced the first complete sequence of the human genome in 2001. Although hard to imagine at that moment, two decades of profound technological improvements mean that it now takes just days to generate genomic data. Easy sequencing has pushed genomic data out of the lab and into people’s lives in fascinating ways. Take the proliferation of services like 23andMe that analyze your genetic information, and tell you about your ancestry, and perhaps help you discover unknown relatives who have also uploaded data.

While the ability to generate massive amounts of genomic data presents amazing, novel opportunities, like discovering the underlying genetic cause of a rare disease, it has also led to unexpected and ethically fraught uses. One such case is the forensic use of genealogy data. Criminal investigators have long used DNA evidence as part of their arsenal of tools, analyzing samples collected at a crime scene to see whether there is a match with someone in an established forensic database. But DNA found at a crime scene is only helpful if that potential suspect is already in the right database. Forensic DNA data is currently gathered into an uneven patchwork of state- and federal-level databases. (Some have proposed the potentially effective but controversial idea to build a universal database.)

In 2018, investigators tried a new approach: publicly available genetic genealogy data. By comparing crime scene DNA to the data in GEDmatch, one of these vast genealogy databases, investigators can identify relatives of a potential suspect and can then use this information to point them towards an actual target. It’s like finding a needle in a haystack when you know which corner of the haystack to search. In April 2018, police used this technique to track down the Golden State Killer, who was suspected of perpetrating a notorious series of unsolved rapes and murders in the 1970s. Other police departments have quickly followed suit, using this powerful tool to solve a series of cold cases.

This sudden adoption of genealogy data as a forensic resource raises a number of ethical questions. Studies demonstrate that the public is very concerned about genetic privacy, and some might not be comfortable with letting authorities access their data. People also worry about the potential use of their genetic information to discriminate—for example, to deny them certain kinds of insurance coverage. Concerns have also been raised about whether people would be comfortable unwittingly implicating a relative—even a third cousin they haven’t met—in a crime. On a broader level, scholars have raised the possibility that expanded forensic use of DNA analysis could exacerbate existing biases in the criminal justice system.

While all of these concerns are worth seriously considering, reasonable people might weigh them differently. The actual privacy risks associated with sharing genetic information are uncertain, and there is sparse evidence that genetic discrimination is yet a widespread problem. Many, even most, people might not be troubled by playing a part in bringing a criminal to justice, even if it is a relative. And broader justice concerns could be mitigated by transparent, defined limits on the way that investigators use this technology.

Since people might come to different conclusions about the importance (or unimportance) of these ethical concerns, they need a real opportunity to make informed choices about whether to participate in genealogy databases. Unfortunately, it is not clear whether people understand that their genetic data might be available for forensic use, let alone the associated ethical risks. While some genealogy services are making an effort to improve their disclosure materials, these disclosures are frequently buried in complicated terms of service, and different genealogy services have a range of policies about when or whether to work with law enforcement. As we’ve all experienced, these terms of service documents usually just serve as speed bumps on our way to signing up for a product or service.

Even if users did read the fine print, how many would understand that uploading data to a genealogy database could foreseeably lead to its forensic use? Wording like “if it is necessary to comply with a legal obligation such as a subpoena or warrant” may not be clear enough for everyone. Furthermore, users might assume that they do not have criminals in their family, so this kind of warning would not apply to them.

Perhaps thinking about the ethics of research with human subjects can inform our thinking about what genealogy service users need to know before uploading their data. When people enroll in clinical trials, they need to understand key details about a study (like study design, purpose, risks, and benefits) before they can give meaningful informed consent. That does not mean, however, that researchers have to specify every way that their samples and data will be used in the future. It is possible that their initial broad consent can authorize scientists to use their data or samples for a wide range of subsequent research. Under that line of thinking, people who sign up to have their DNA analyzed don’t necessarily have to give permission every time an investigator wants to use it to help solve a case.

Nevertheless, there are important differences between biomedical research and forensic use of genealogy data. When a person gives broad consent to allow use of their medical data and samples for future research, they have a basic understanding that their materials will be used in research by scientists to produce medical knowledge. In contrast, a genealogy service user might be surprised to learn that their genetic data was used in a criminal investigation. Your information being used as a forensic investigative tool is radically different from finding lost relatives or learning about your ancestry. Furthermore, people usually get their DNA information for entertainment purposes, so they’re already predisposed to be less deliberate about making a decision to share their data. While specific consent should not necessarily be required each time a criminal investigator proposes to use your genealogy data, companies need to draw more explicit attention to the possibility and ramifications of such forensic use.

In recent changes to the regulations governing human subjects research, there is now a requirement that informed consent documents include a stand-alone “key information page” that summarizes the most pertinent information in an easily digestible format. A similar strategy could be a good way to help genealogy service users make a more informed decision.

Genetic data can be an extremely powerful tool: for learning about health, for tracking down criminals, and for purposes not yet imagined. Forensic use of genealogy data will certainly help investigators to solve some of their most puzzling crimes. But we have to resist the temptation to adopt these new, powerful tools without thinking through their consequences and ethical complexities.