Women and All Their Fake Free Time 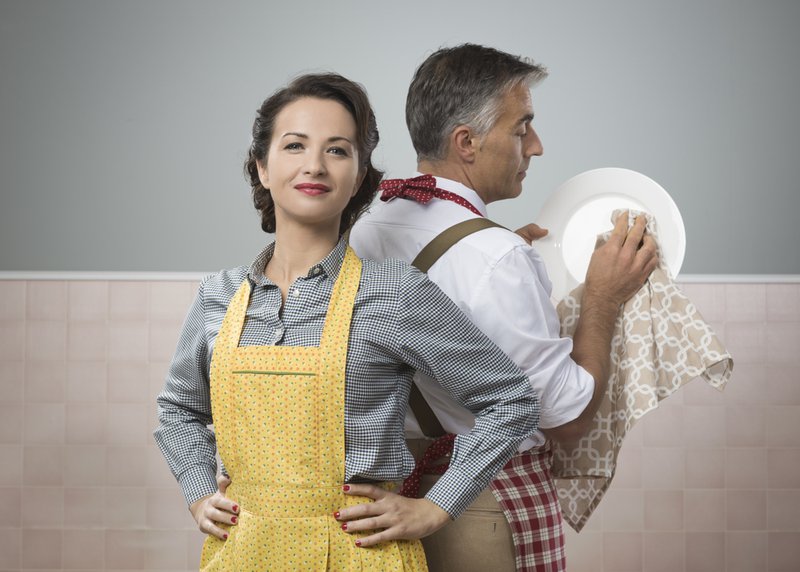 Love is love. It’s a phrase that for most of us now conjures images of a rainbow, tolerance and marriage equality. It’s a phrase that masterfully linked the struggle of one group to a universal experience, and in doing so, ignited one of the most powerful movements of the 21st century.

Now, let’s try this again. Unpaid work is unpaid work. Doesn’t have quite the same ring, does it? And yet, like love, unpaid work (i.e. the child care, cooking, cleaning, elder care, and other forms of the often domestic labor  done across society’s economic lines) is a universal need and experience.  You may not do much unpaid work, but you almost certainly know someone who does, and you even more certainly benefit from it. In many ways, unpaid work is as necessary and central to our survival as love. But unlike love, hearing the phrase “unpaid work” somehow elicits about the same amount of enthusiasm and interest as, say, learning about shifts in rates on insurance policies.  This is  not to trivialize marriage equality, this generation’s civil rights victory; it is to wonder whether the devaluing of unpaid work and the many ways that perpetuates and exacerbates economic and social inequality will ever achieve similar kitchen-table status.

Unpaid work is the labor that produces and supports the paid workforce; it is the foundation on which all other economic activity is built.  And it is mostly not captured by employment data.   Beyond that invisibility, unpaid work suffers, as many policy issues do, from a branding problem. Few  people understand, care, or understand why they should care about the subject. As a start, it desperately needs its own catchphrase, symbol and spokesperson.

How can we pull unpaid work from the cultural fringe and thrust it to the top of the list of trending topics?

Unpaid work apathy starts with a perception gap: most people, even experts, struggle to define it. Recently, New America partnered with POLITICO Focus on research to explore the gaps in understanding of unpaid work, and found that it still enjoys relative anonymity even among policy makers, economists and gender specialists. For instance, one research question prompted experts - from economists to poverty analysts and women’s rights advocates – to describe who they think of when they hear the term unpaid work. Seven out of 15 thought of the word “homemaker”. But, six out of them thought of the term “slave” and four associated it with the word “intern.”

Unpaid work, loosely defined, is any type of activity or service that, on the “productive” market, has a value. Spending 24 hours a day  caring for an infant is unpaid work because you could pay a third party to do it (although many families in both developed and developing countries don’t have the luxury to make that choice). Caring for an elderly or a sick family member - instead of working for pay - are both forms of unpaid work. Think of it this way: though the daily tasks of a  woman caring for a relative with an injury may be the same as that of a worker at a health facility, one is counted as employed - productive - in national economic measurements, while the efforts of the other remain unofficial and not recorded.

Part of the reason for this is that, unlike paid work, there is no global standard for measuring hours of unpaid work – nor any standardized way to recognize or compensate those workers. As a result, unpaid work often does not get integrated into any mainstream productivity  measurement, like GDP. This knowledge gap means that much of the global population that does the majority of unpaid work –women – appear to be “unproductive”.

To illustrate what this actually means, Ruth Levine and Mayra Buvinic recently wrote that the “limited data on unpaid household work” has “fed the myth that housewives have free time available for training and other development interventions.” They are often much busier than their husbands, and business training programs for women microentrepreneurs often suffer from high participant dropout rates when they don’t take unpaid work responsibilities into account. Buvinic and Levine go on to explain that it only took giving participants in a Liberian program a stipend for childcare to boost retention rates.

We know that investments follow data:  Buvinic and Levine remind us that recent data on HIV/AIDS cases among young women in Sub-Saharan Africa has spurred the creation of programs for them, and sex-disaggregated data on school enrollment drove the Millennium Development Goal framework’s focus on girls education, prompting a deluge of investments and policies designed to get more girls into school. By the numbers, donor support for girls’ education has “grown at an annual average rate of 14 percent between 2002 and 2012 – from $1.2 billion to $4.4 billion” since 2000.

At the same time, what doesn’t get measured remains undervalued and unacknowledged: For instance, according to New America President Anne-Marie Slaughter, Americans provided 18 billion hours of unpaid care to family members with Alzheimer’s in 2014 - an estimated cost of $218 billion ( half the value of Walmart’s 2013 sales, she notes). If unpaid work were calculated in GDP, its value, according to McKinsey’s 2015 “The Power of Parity” report, could be  about $10 trillion, or roughly the size of China’s GDP.

But while big numbers like that can capture public attention, they can’t necessarily burrow into public consciousness the way a powerful story can. And that brings us back to the beginning: how to make unpaid work resonate with audiences outside of policy wonk circles.  Because there’s no neat narrative around unpaid work, there are also fewer pieces of journalism telling its story (which lessens public interest and enthusiasm and further stalls policy progress, thereby continuing this, if not vicious, then apathetic cycle). This piece is the first of a series of articles we will  write to combat that. Over the next few months, we’ll share stories of unpaid work in the US and around the world, capturing what it means to individuals and how policies that don’t take it into account hurt all of us. We will also explore the joys of unpaid work -- it can, after all,  be some of the most rewarding, fulfilling and joyful activity of our lives. We will explain what happens when it goes uncounted, unrecognized and unbalanced between men and women -- when it becomes a burden that pulls mostly women away from the paid workforce. We will illuminate the ways that countries and communities are trying to better measure and value this work - shining a light on success stories along with struggles.

Unpaid work may not be the next great social movement, but it’s too important to not start moving.