Why We Shouldn't Treat Foreign Diplomacy Like Real Estate 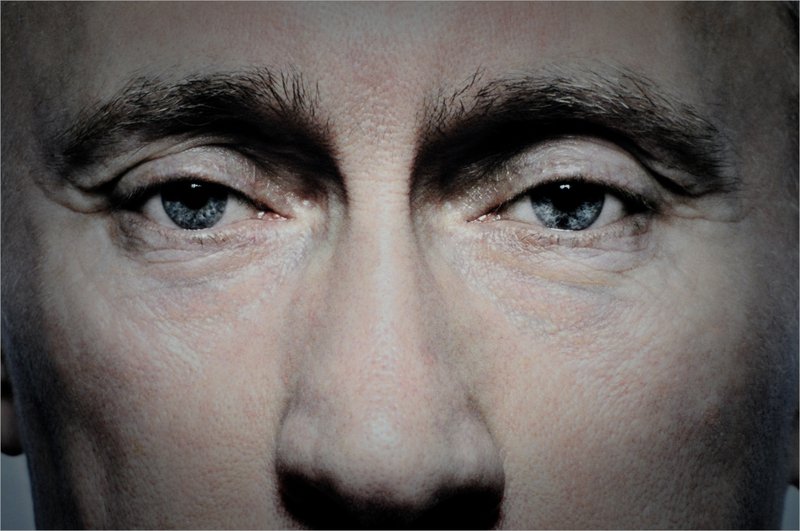 According to the New York Times last week, three men met in a hotel lobby a few blocks from Trump Tower not long after President Trump took office. The participants were the president’s personal lawyer, a former business associate with connections to Russia and Eastern Europe, and an obscure member of Ukraine’s parliament. Over the course of the meeting, the Ukrainian MP, Andrii Artemenko, pitched a plan to end the ongoing conflict in Ukraine. In talking up his proposal, Artemenko claimed that he had received encouragement from top aides to Russian President Vladimir Putin. President Trump’s lawyer, Michael Cohen, told the New York Times that he delivered the plan in a sealed envelope to the office of then-National Security Adviser Michael Flynn.

Since the hotel lobby meeting, Flynn has been dismissed over communications with the Russian ambassador, the “peace plan” has been disavowed by all sides, Artemenko has been banished from his party and is being investigated for treason, and Cohen’s account of the meeting has shifted several times.

What does this all mean?

This back-channel diplomacy doesn’t necessarily mean that the Trump Administration is up to something underhanded. But it does shine a light on its personal connections to actors in Eastern Europe and Russia—and how, uninformed by regional expertise, people run the risk of being manipulated by what they don't fully understand.

War in eastern Ukraine has claimed nearly 10,000 lives, displaced approximately two million people, and immiserated much of eastern Ukraine since 2014. Following a political crisis in which the president of Ukraine fled the country amid mass protests, Russia seized the Crimean peninsula from Ukraine, and pro-Russian separatists took up arms in the eastern part of the country. Though these separatist groups draw on local support, they would not be able to fend off the Ukrainian military without political, economic, and military support from Russia.

International efforts to resolve the conflict have been conducted by the governments of Ukraine, Russia (which acknowledges no official role in the conflict), France, and Germany. The most recent agreement between the four states, known as the Minsk II agreement, was concluded in February 2015. The major political points of the agreement include a general amnesty for actions in the conflict zone, restoration of international border control to the Ukrainian government, and reforms to the Ukrainian constitution to grant more autonomy to the country’s regional governments.

As described by Artemenko to a Ukrainian newspaper, his “peace initiative” differs from the Minsk agreement is a few important ways. Like Minsk II, it calls for an amnesty for actions in the conflict, “except for those who committed the most serious crimes.” Unlike Minsk II, it tries to address the profoundly difficult issue of Crimea. Artemenko’s proposal calls for Ukraine to hold a referendum on leasing the peninsula to Russia for a period of several decades, after which Crimean voters will themselves vote on whether to remain part of Ukraine or of Russia.

These aspects of the proposal (among others) are likely non-starters for one or more actors in the conflict. Any plan that includes amnesty with exceptions for the most serious crimes will be unlikely to garner the support of separatist leaders—because what crime is more serious than leading a rebellion? Most importantly, however, leasing Crimea to Russia will almost certainly be unacceptable to governments in Kyiv and Moscow: Kyiv regards Crimea as territory occupied by an enemy power, while “reuniting” the peninsula with Russia is central to Vladimir Putin’s sky-high popularity at home.

So if the peace plan is a non-starter for all sides in the conflict, what was its actual purpose?

According to Artemenko, at the same time he delivered his peace initiative to Cohen, he also handed over documents allegedly implicating Ukrainian president Petro Poroshenko in high-level corruption. In an interview with a Ukrainian newspaper, Artemenko claimed that these documents include information about defense procurements and shell companies held by Poroshenko and his inner circle, and that some of these actions could result in criminal charges in the United States. He passed these documents in the hopes that “external pressure,” in the form of President Trump, would help oust Poroshenko.

Peace proposals don’t usually come stapled to allegations of criminality by the leadership of one side in the conflict—let alone of one’s own side. Artemenko’s comments imply that the real purpose of the hotel lobby meeting was to convey the allegations to the Trump White House in order to undermine support for the Poroshenko government, with the peace plan serving as an excuse—and a fig leaf.

While it was a remarkably short distance between an obscure member of the sixth-largest party in Ukraine’s parliament and the National Security Adviser of the United States, it is impossible to know what might have become of this information if its intended recipient, Michael Flynn, had remained in office. Consequently, this episode is only mildly embarrassing for the administration if it came about as a result of Artemenko boldly (perhaps rashly) seeking to raise his own profile at home. However, if Artemenko was working on behalf of Russian interests—as his own former co-partisans have alleged—that would be another matter entirely.

Less than two months into its tenure, the Trump Administration has shown a clear preference for a free-wheeling foreign policy driven by a small number of insiders within the White House, sidelining the State Department and its deep regional expertise. The Administration may see some advantages in this approach, but international politics is murky—all the more so in countries like Ukraine, where corruption is indeed endemic and politics highly fragmented. If the Administration allows for end-runs around the State Department and other agencies, as it did here, it runs the risk that actors with more local information will try to manipulate the Administration to their own ends.

All we have to do is look at how an obscure backbencher from a small Ukrainian party was able to reach all the way to the White House, seemingly without raising questions about motive or reliability. Future incidents of this sort are inevitable so long as personal business contacts remain a viable conduit for access to the White House.