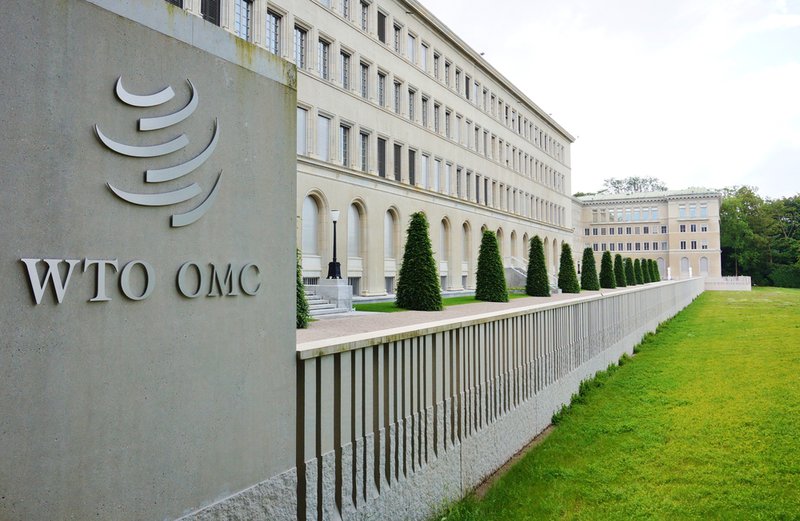 President Donald Trump’s tariff rhetoric may appear, at first glance, to be largely about domestic politics. Critics have pointed out that his intent to slap tariffs on aluminum and steel imports seems destined to be ineffective. But in one area this talk may have profound effects: on the health of the World Trade Organization (WTO) and, surprisingly, on the ability of international actors to come together and confront China on trade and other issues—the very security concerns the president says that he’s safeguarding.

As with other international institutions, the WTO hinges on a framework that Trump views with equal parts ambivalence and distain: relatively good, if often tardy, compliance by the United States in trade disputes; member states receptive to peer pressure; and, most important, the United States as a major leader when it comes to WTO wrangling.

But this hardly means that the WTO doesn’t have its weaknesses. One flaw that’s plagued the WTO since its founding is that it’s relied on the sometimes tenuous assumption that countries would join and commit to developing U.S.-inspired, market-driven economies. Or, in other words, it assumed that countries would move away from communism to embrace capitalism. As Heather Hurlburt points out, a previously “fundamental” component of American security policy during the Cold War was that a “flourishing capitalist economy meant the survival of American democracy. The weakening of a capitalist economy meant opportunity for its communist rival, and weakness for democracy in the United States and elsewhere.” The WTO followed a similar line of thinking: that this effect would continue to operate in the post-Cold War world, even though the ideological environment had shifted and, of course, the United States wasn’t providing the same levels of aid as it had earlier.

One country that shines a light on these weaknesses? China. While the WTO remains structured for Cold War-era politics, China has been moving forward with a 21st-century mindset. Though China is technically considered a market economy because of its place in the WTO, it functionally operates as a state-owned hybrid system. This means that it has major advantages over other world economies.

As a result, we’re in a situation the WTO isn’t designed to handle. As the Roosevelt Institute’s Todd Tucker told me in a phone interview, “the WTO is a good forum when the rules negotiated in the past offer a remedy for the problem in the present. But that’s not always the case.” Consider how there are no good rules for disciplining China, since the WTO was built for a time when major economies had less extensive state interference. Or take how, in the current fight between the European Union and United States over taxing rights regarding companies like Apple, traditional trade rules don’t apply. This means that tax competition, for instance, becomes more of a political dispute than a legal one. As William J. Davey predicted in 2014, being able to resolve disputes among the United States, the European Union, and China is the greatest existential threat to the WTO. In his words: “If a rules-based institution cannot effectively negotiate rules and enforce those rules, then its raison d’etre is certainly called into question and its future would not be very rosy.”

Trump’s tariffs themselves are a violation of WTO rules, so there’s a process in place that could address them and punish the United States. But what’s unclear is whether Trump is willing to play along. And while it’s possible that the tariffs could offer recourse, they’re only a symptom of the actual problem—China’s unusual economic structure—that’s well beyond the WTO’s toolbox.

Yet Trump isn’t the only force testing the WTO. Built around nations, the WTO didn’t accommodate the increasing power of corporations that came along with globalization. In her book Shadow Courts, TIME correspondent Haley Sweetland Edwards points out that opaque investor-state dispute settlement tribunals (ISDS)—put simply, courts in which companies can sue countries for lost profits—elevate the private sector’s influence, ignore national interests like environmental protection over profit making, and favor major power countries. In an era of weakening international institutions and public UN missteps, as Bruce Jentleson argues, Trump’s WTO jabs only further chip away at confidence in the international system, as well as the United States’ ability to function reliably within that system. By setting a precedent for extrajudicial, unilateral action instead of following institutional procedures—in a time of increasing ISDS cases—Trump isn’t leaving other countries with many other options. That kind of shift would hurt smaller countries the most. Edwards says that if Ecuador, for example, suddenly changed its tariff policies in the way Trump has, an ISDS case would be easy, and probably ruled in favor of corporations.

Given the modern challenges to an old system, Tucker predicts that the current tensions flaring up between the United States and the WTO would have happened just as easily under a different administration. (In fact, Trump’s citation of national security concerns for trade actions has precedent under the administrations of Truman, Reagan, and Clinton. Each time, other countries feared that the United States was trying to stretch the trade system to its limit, though their concerns faded over time.) Since there are problems happening outside the WTO’s rules, it’s not surprising that states are looking for solutions beyond the standard dispute settlement process. What’s different, though, is that Trump is a wild card.

The United States and the WTO have been on difficult terms for quite some time. The United States has, from the very beginning, seen the WTO as an activist court. But more recently, Trump’s administration has been purposefully slowing down the dispute settlement process by vetoing all new judicial appointments. In response, former WTO chief Pascal Lamy stated that “the question is whether the U.S. problem is trying to fix a number of issues or whether the U.S. strategy is trying to wreck the system.” To Tucker, though, it’s more of a symptom of the administration’s disorganization and limited trade law options than a carefully orchestrated takedown of the international economic system.

Trump seems determined to push what constitutes “national security” as far as he can, regardless of how that might damage the effectiveness of the WTO and other international institutions. While many pundits have dismissed the national security grounds Trump is hinging the tariffs on, his actions don’t bode well for national security.

Most notably, the tariffs have targeted not China, but rather some of our closest allies: the European Union, Canada, Mexico, Japan, and South Korea. The tariffs threaten to weaken our relationships with these states and their economies, all with limited, if any, benefit to the United States. On top of that, these allies are already using more protectionist language in response. In a statement, South Korea mirrored Trump, with an emphasis on “ensuring [their own] national interest.” This is concerning, given that South Korea is a key player in the latest attempts to broker peace with North Korea. According to Tucker, “a workable path forward will require… less talk about promoting efficiency and more talk about creating sustainable institutions.” But more than that, “if politically-important swaths of the country see trade-related foreign entanglements as a threat, it’s but a short leap to seeing international engagement writ large through that lens.”

A more protectionist, isolationist United States—one that continues to alienate important allies and undermine the international system—won’t be a safer one. And states caught up in international trade wars and rounds of competing protectionism will only face continued instability at home. Trump, to think of it in a different way, is trying to take a blunt, unilateral approach to a global, multilateral problem, essentially using a hammer for a situation that calls for a scalpel: It makes no sense, and will do little more than create unnecessary scar tissue.

State of Global Democracy The Politics of American Policymaking