Who Run the Network? Men. 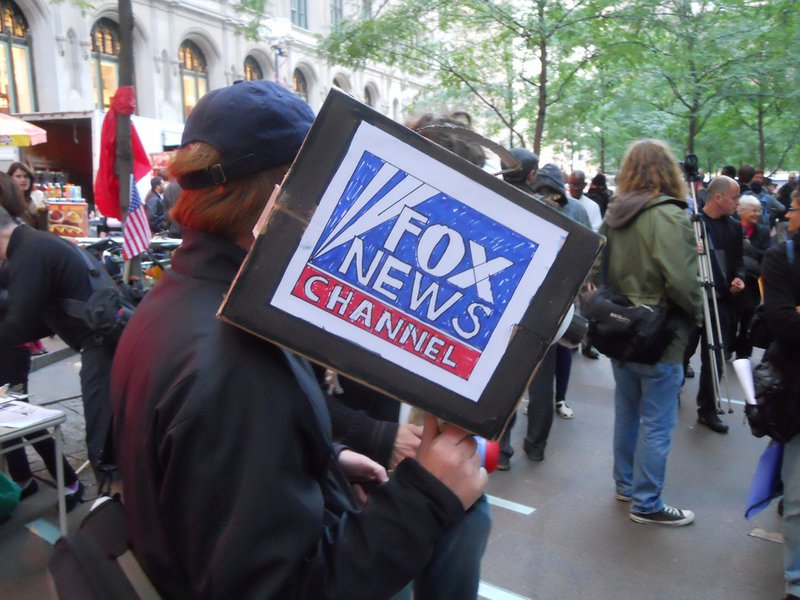 This article is a continuation of the New America Weekly's Sexual Assault Awareness Month edition.

Given that Fox News host Bill O’Reilly will soon be taking a permanent vacation from the network in light of sexual assault allegations, you might think, yes, of course they are. But I doubt even this move will add up to real change. To investigate why, we ought to look at a defining feature of networks like Fox—the fact that they’re run almost exclusively by men—and what this frequently means for pushing back against sexual harassment in the workplace.

With little representation in leadership positions, both in the government and in the private sector, women have only narrow opportunities to shape organizational conversations around sexual harassment. According to a 2017 Pew research poll, women comprise only 5.4 percent of Fortune 500 CEOs and only 20.2 percent of Fortune 500 board members. In a similar vein, according to the Center for American Women and Politics, in 2016, women held a mere 19.6 percent of congressional seats and only 75 statewide executive offices across the nation. And while, on the whole, female representation at the top has improved in recent decades, that fact is all too often dwarfed by public incidences of male leaders abusing their privilege.

It’s worth looking at Fox News again. While it appears, rightly, that O’Reilly no longer has a future at the network, the Murdoch family, which controls the company, had until the very end stood beside O’Reilly, despite the growing body of evidence against him. Yet what’s particularly exhausting about this situation, as well as the posturing that’s come along with it, is how very ordinary it all was—and might well continue to be. Indeed, there’s a history here. Former Fox News host Gretchen Carlson faced backlash within the network when she sued former news chief Roger Ailes for sexual harassment in July of 2016; she had been fired the month before, the end result, she said, of what had been years of refusing to comply with Ailes’ sexual demands. Why does this matter? Because Carlson’s being let go, at least in part, telegraphed a corrosive contempt for taking seriously sexual assault claims in the workplace.

Much to Sarah Palin’s dismay, it’s hard to come forward with allegations of sexual harassment while in a system steeped in inherently unequal constructs. In Carlson’s 2016 New York Times piece, “My Fight Against Sexual Harassment,” she details the looming cloud that’s followed her throughout her career and the restrictive organizational measures that make speaking out difficult. Carlson maintains that “companies should not be allowed to force employees to sign contracts that include arbitration clauses under which all discrimination disputes, including sexual harassment claims, can be resolved only in a secret proceeding.” Organizational inadequacies and ignored staff complaints are common, as evidenced by Megyn Kelly’s departure from the network.

Carlson is right. These sorts of organizational straightjackets make speaking out difficult, particularly when there’s little incentive to check what are often male-centered company cultures. But of course, it isn’t just Fox News.

In the midst of Ailes’ and O’Reilly’s allegations, President Donald Trump, an undoubtedly powerful man and himself no stranger to harassment allegations, missed a big opportunity to contribute to a larger conversation this month centered around  awareness of sexual intimidation and assault. As much as the public condemned O’Reilly’s alleged behavior, Trump took time from his schedule to address the matter with a muted response. His actions displayed an allegiance to O’Reilly and a disregard for the plight of victims of sexual harassment (though unsurprising when, just months ago, he refused to comment on the Women’s March, a worldwide demonstration that, among other things, sought to advocate for women’s rights and safety). A president’s words can be a powerful tool to paint a grand vision of inclusion for all people—women and men. But that’s not what No. 45 did.

In various industries, many leaders are ousted for being complicit in creating and sustaining a hostile work environment for women—only after allegations are made public. There’s Casey Affleck’s public bout with sexual harassment allegations in the moments leading up to awards season earlier this year (though that didn’t stop the Academy from awarding him an Oscar). And let’s not forget Bill Cosby, who has faced dozens of allegations of using his appeal and power to sexually abuse a list of women stretching back to the 1960s.

So how can we shake up the patriarchy?

One area to start is at the top. With 12 of 21 Century Fox’s 13 board directors being male, the organization’s toxic culture probably shouldn’t come as a surprise. As Stefanie Johnson, a management professor at the University of Colorado—Boulder was paraphrased as saying to the Economist last year, “Sexual harassment and assault are more common in places where women are heavily outnumbered and the most powerful positions are disproportionately held by men.” From corporate organizations to the military, including more women in leadership roles would help make sexual harassment less pervasive. (Of course, all organizations should adopt a creed steeped in zero tolerance of predatory behavior toward any group.) And as Carlson pointed out in the thick of her sexual assault battle, an arbitration process beyond the accuser’s control rarely works in the person’s favor, and so she offers up other corrective measures, such as outsourcing the human resources department.

All too often, men in powerful positions are given a pass or a slap on the wrist in the face of allegations, and it’s easier for those perhaps best poised to make a difference not to go against entrenched cultural realities at all. As Sexual Assault Awareness Month comes to a close, we ought to think far more seriously about how we might extinguish structures that gloss over harassment—addressing the lack of appropriate organizational responses toward powerful men by cultivating an environment that shows that there’s space, too, for powerful women.