Who Are the Missing Children of Our Generation? 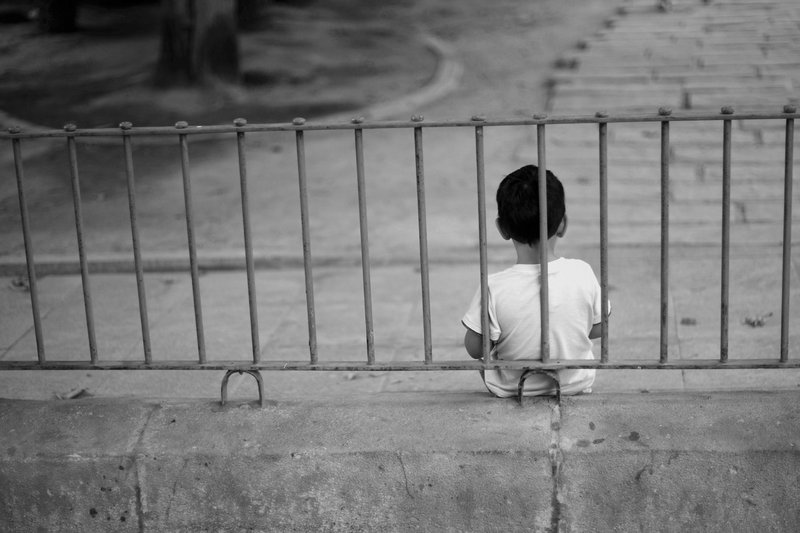 On May 25, 1979, 6-year-old Etan Patz walked to the school bus stop on his own for the very first time. He left his family’s home in the SoHo neighborhood of Manhattan, New York, but he never made it to the bus stop. He disappeared on his way to school.

By 1985, Patz’s face had appeared on a milk carton. He was the first of the “milk carton kids”—missing children whose faces were advertised on milk cartons by independent dairies in the hope that someone would see their face, recognize them, and rescue them. Decades later, in 2001, he was pronounced dead. And last month, on April 18, his killer, Pedro Hernandez, was sentenced to life in prison, after multiple trials and local and federal investigations.

We continue to honor National Missing Children’s Day. But our cultural and political landscape has also radically changed. So as we reflect on the roots of the missing children’s movement, we ought to ask: Whom do we remember? And who are the missing children of our generation?

One campaign has offered an answer: #MissingDCGirls. A recent Washington DC-based effort has risen up and demanded further investigation into the disappearance of missing girls of color in the nation’s capital. Known by its hashtag, the campaign started with an Instagram post that compiled information about missing girls from the Metropolitan Police Department.

In the early days of the news cycle of #MissingDCGirls, some reports of the disappearances were mistakenly interpreted as a more recent increase in the disappearance of black girls. Some also speculated that the cases were linked, and that someone was targeting black girls. But while the numbers are high, statistics provided by the Metropolitan Police Department indicate that there isn’t a spike in the number of missing children. As of May, there have been 853 reported juvenile missing-person cases in 2017. Sixteen of these are open, with 11 deemed critical. Although these numbers are shocking, the Metropolitan Police Department has commented that this is actually a slight decline in the monthly average over the past five years.

Yet this shines a light on a crucial, though too often overlooked, part of the abduction narrative: that not all missing children are like Patz—that many are, in fact, runaways.

As DC’s mayoral spokesman Kevin Haris told the the Washington Post, "[o]ften times, these girls are repeat runaways… So if we really want to help solve this problem and bring down the numbers, we have to break the cycle of young people, especially young girls, who repeatedly run away from home.” Gossip-website TMZ muddied the conversation, saying, “[t]he Washington DC girls who have gone missing are not crime victims... they’ve just fled their homes.”

Here, we should pause, and consider: Just fled their homes?

When a 14-year old leaves home, it’s rash to conclude that they're not a crime victim. Rather, we ought to investigate who these missing kids are, and why they fled in the first place.

And to these questions, I have at least a partial answer. In DC, some of the runaways can be found in CheckIt, an LGBTQ gang-turned-community group. The recent documentary about CheckIt tells the story of a group of bullied 9th graders who, in 2009, started an LGBTQ gang in DC. Many of the gang’s members come from families destabilized by incarceration or drug abuse, or from parents still coping with their own childhood and ongoing trauma. Some felt like they were safer in the streets than in their homes. By the time they reached age 14, many of them had been raped, shot, and stabbed. Their response to this violence was to form a gang to defend themselves—a safety net, in some ways. And while they've been victimized, they've also hurt others. Now, some of the members are even facing charges of armed robbery and assault.

In recent years, CheckIt has undergone what they call a “transformation.” They’ve started a fashion enterprise and soon will be launching a community center in Southeast to provide peer mentorship and resources for vulnerable youth. (Other organizations, like FAIR Girls and HIPS, are also reaching people few social-service organizations are serving.) And they’re trying to build a more secure safety net for others like them—carving out a path forward.

A career path—that’s what CheckIt members are trying to provide for their community. Many of them have been having sex for money to get by. While it may offer a source of income (maybe the only potential source of income), commercial sex also carries certain risk. CheckIt members have shared difficult stories of being raped, brutalized, and abducted. According to the National Center for Missing and Exploited Children, 1 in 6 runaways was a likely victim of sex trafficking in 2016. Any instance in which a minor engages in sexual acts in exchange for money or material resources is, legally, trafficking, according to the Trafficking Victims Protection Act of 2000.

While working on the National Human Trafficking Hotline operated by Polaris, I spoke with many young people who were having sex for money in order to get by. For some of them, it started with a boyfriend or parent-like figure coming into their lives, offering support and affection. And for many, this person filled a void—perhaps entrenched social inequalities prevented their families from providing the security and comfort they needed, or maybe they craved the material things (clothes, an IPhone, etc.) in which so many of us find validation, especially as teenagers. While these relationships may have initially started off as nurturing, at a certain point, they continued on the condition that the young person have sex for money.

Of course, not all young people who do this are coerced into it by another person. For some—especially for trans people—the lack of a safety net, and the lack of employment options due to discrimination, make having sex for money the best of very scarce options.

Today, Patz is arguably a “comfortable” image of a victim. A 6-year-old abducted on his way to catch the school bus, in a seemingly random act. He had parents who became national advocates in their effort to find him, parents who neither relocated from their son’s childhood home nor changed their phone number, believing he might one day find his way back. But while Patz’s story may seem a far departure from stories of runaway children in DC, we shouldn’t let that obfuscate how we conceptualize missing children. Many of today’s missing young people are trapped in cycles of poverty—and often rooted in violent neighborhoods. They’re missing not because of an isolated incident, but because of larger, more insidious structural forces.

So when we talk about who’s missing today, we ought to start by asking how we can keep children safe. And we must investigate, rigorously, the cyclical patterns of poverty and social exclusion that too often continue to drive children out of their homes and into the streets.