Which Women Can Really Walk Out? 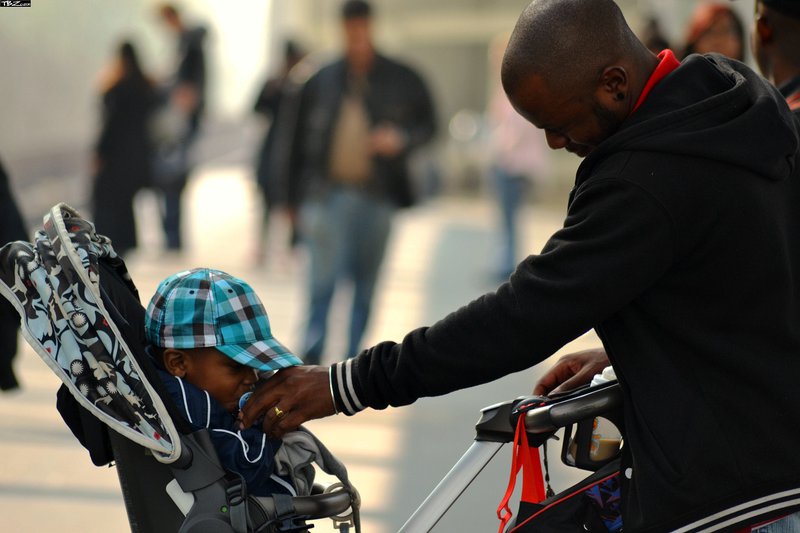 Some of my relatives who have been through military service and are parents have, only half-jokingly, compared the effort it takes to keep a baby alive and happy to guarding the base: You must perform, even if completely sleep deprived; you must think three steps ahead and scan for potential dangers; you must make it through long, boring stretches; you must try to stay positive, even through bizarre incidents. But in the military, unlike in care work, eventually it will be someone else’s shift.

All of this became especially relevant when women around the country began weighing in on whether to join A Day Without a Woman on Wednesday, a national strike that was put in motion by the organizers behind the Women’s March. Perhaps in order to make this mental calculus easier, conservative columnists were quick to mischaracterize the strike. They disparaged it for allegedly being an unprincipled protest detached from current policy issues and for being a call for “women everywhere to stop making sandwiches and stay out of the kitchen or wherever else they work, not that all of them have real jobs.”

This disrespect toward unpaid care—everything from looking after a sick parent to tending to a 2-year-old, tasks that often require forgoing paid work—was likely reason enough for many women—and I say “women” because women are the ones who do most of this sort of work both in the United States and around the world—not to “report for duty” on strike day.

But what if striking wasn’t even an option?

Despite the strike organizers’ earnest and direct calls for unpaid and paid care workers to join in, this wasn’t possible for many women. A single mother, or the sister of your cleaning lady who takes care of her kids for free, while the other makes money scrubbing and folding, doesn’t necessarily have many options open to her, which could result in frustration while others marched and chanted. In 2013 alone, an estimated 40 million family caregivers in the United States put in some 37 billion hours toward care for adults with limited capacity to carry out their daily activities. Most were women, and the approximate economic value of their unpaid work hovered around $470 billion. With nobody else stepping up to take on caregiving for a day, women in this situation had to factor a different cost into their to-strike-or-not-to-strike analysis.

This is not to complain that the strike’s organizers weren’t able to create a more perfect society on such short notice. Instead, this is to shine a light on how dads, brothers, partners, and sons—where they exist—could do more. And it’s not a matter of merely picking up one extra chore here or there: Around the world, women spend 2 to 10 times more time on unpaid care work than men.

Indeed, caretakers are a powerful, if overlooked, economic force. The cost of the mental or physical efforts applied to look after family members, to breastfeed, to pump milk, to wash dirty sheets, to stop a nosebleed and to comfort after a fall, to administer painkillers, to deal with sticky floors, to attend to sinks full of dishes, to run to the grocery—and, elsewhere, to fetch firewood, to walk for hours to collect water, to cook while brothers are doing homework—is real. Sure, most statistics brush off this kind of work as not being a money-making job, but as the McKinsey Global Institute made crystal clear, if women’s unpaid work was compensated at a rate roughly equal to minimum wage, the value would be about $1.5 trillion per year.

And these efforts matter. In every country in the world, this is the type of work that makes the economy tick. If you have small children, or very sick relatives, you either pay someone to take care of them, or you rely on someone (perhaps yourself) to forgo his or her career to do this work for free, so that you can earn the money that ends up contributing to the GDP. This work is, ostensibly, invisible, but if that person walks out on the job for a day, I guarantee that you will end up with a much bigger mess on your hands than an unprepared sandwich.

If you don’t believe a major disruption could happen, just look at Iceland. On Oct. 24, 1975, 90 percent of Iceland’s women refused to work, cook, or look after children to protest their low pay, as well as the low value placed on their work inside and outside the home. When possible, some women sent their kids to work with their fathers. Not to be missed: Many fathers reportedly bribed older children to look after their younger siblings. (Even kids understand that all work has a value.) The strike was hugely successful.

I, too, savored the idea of sending my son to work with my husband on Wednesday, of letting little toddler hands pull out cables, spill pins, stain documents with food, of having our one-and-a-half-year-old make inexplicable noises as his father attempts to run a conference call, while also having to fix him a snack—because that is how my part-time work looks on days when my husband and I have a child care fail. Sadly, my husband went on a work trip, so I reported for my domestic “night watch,” like millions of others who had to do their version of guarding the base.

The organizers of the strike encouraged those who could sit out from work for a day to take this privilege even more seriously on behalf of those who couldn’t, and to be even more vocal in their protests. This was laudable, of course. We should all ratchet up our solidarity with single parents, with those working multiple shifts (paid or unpaid) to make ends meet, with women of color who are disproportionately underpaid and discriminated against in their jobs, with immigrants who raise other people’s families but worry about being forced apart from their own.

But that can’t be the end of it. We should also acknowledge the people who allow us to do our jobs and make money on March 9—and beyond. Just because there is no federal paid parental leave, or paid leave to take care of sick relatives, and just because most economists haven’t bothered to calculate the value of this labor, we should remember, with every bite we take, that no sandwich makes itself.