When War Becomes an Easy Decision

Does a familiar phrase avoid the real costs of war? 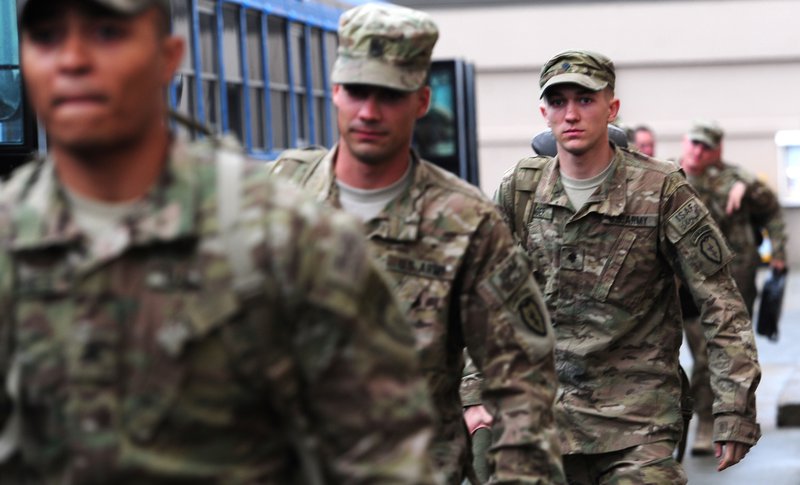 The aftermath of election results on November 9 distracted attention from Veteran’s Day, just two days later. Thankfully, there’s a better alternative to saying “thank you for your service” to a veteran this year: watch the so-titled film.

Tom Donahue’s new documentary Thank You for Your Service raises difficult questions about the struggles of veterans after war and, importantly, the decisions of a country before war.

The film also reminds its viewers why the phrase sounds superficial in the ears of some veterans. Take, for instance, Dan Cnossen. In 2012, the 32-year-old Navy SEAL was working his way through the Denver airport, on his way to Washington’s Walter Reed military hospital to have his prosthetics adjusted. Dan lost both his legs after stepping on an improvised explosive device in Afghanistan in 2009, and his misaligned prosthetics were rubbing to the point of bleeding. As he painfully made his way toward his gate, an airline employee asked with presumption, “Are you a vet?” Dan nodded yes, to which she responded “thank you for your service.” Dan managed to smile but was left wondering how genuine goodwill could feel so empty.

The problem with the hackneyed phrase is not just that it rings hollow. More pointedly, it reflects military reverence that does little to compensate a burdened military. More subtly, the phrase sidesteps any doubt about the decision to burden those troops.

As with my father, my military career was defined by an experience with war—he served in Vietnam, while I served in Iraq and Afghanistan. But unlike my father, my generation was warmly welcomed home, even as many were divided about the wars we fought in. For some, the decision to send us to war represented a failure to learn the lessons of Vietnam. For others, the decision to bring us home represented a failure of commitment.

If one lesson emerged from Vietnam, it was to honor the troops, even if you question the war. This tension—military reverence with doubt—manifests in public polling. Confidence in the U.S. military remains high at 75%, but Americans are less confident in its capabilities. Since Gallup starting asking the question 23 years ago, American views of their military as the No. 1 power in the world are at an all-time low of 49%.

Ill-prepared for a post-terrorism model of warfare, this tension emerged—alongside a corresponding civil-military divide—as we fell into controversial wars of choice. Even Afghanistan, for instance, was not an existential fight; al-Qaida demonstrated unprecedented lethality, but it did not pose a strategic threat to the United States. Moreover, most U.S. troops were killed fighting not al-Qa’ida but the Taliban, an enemy that had not attacked us on 9/11.

While some called it the “war on terror,” a better description was the “war after terror.” We asked the nation to get back to business, which is the best course of action after terrorism– it is how the terrorists lose. But in sending its military to war—while the nation professes normalcy—a gap emerged between the two.

Americans did not plant victory gardens or work in ammunition factories. The only “draftees” were the soldiers compelled to remain in the “all-volunteer” force (through a policy known as “stop-loss”). The staggering financial cost of our modern wars, likely to exceed WWII expenditures, was deferred by passing this debt to future generations. Americans honored, but did not protest, the flag-draped coffins that returned from abroad.

This dynamic was reflected in expediting mine-resistant vehicles to Afghanistan in response to an evolving IED threat. These $600,000 “MRAP” vehicles were not constructed for counterinsurgency or counterterrorism missions—they were purpose built to transport troops safely, consistent with “force protection” becoming our top priority in Afghanistan. Unfortunately, even the MRAP could not protect soldiers from life-altering mental or moral injuries, and many of our veterans suffer such hidden injuries in silence. In the end, the MRAP reflected the awkwardness of a war in which the primary purpose of our presence was to protect itself, and the false comfort that the costs had been minimized.

I lost a best friend and several teammates to the wars, and I got off easy. The full cost to our nation, to include the burden carried by our veterans and the gold star families, is beyond measure. Thanking a veteran, like Dan Cnossen who lost both his legs, for their service doesn’t rebalance the burden of fighting the war—it highlights how large the imbalance has become.

Thank You for Your Service gives its viewer a troubling glimpse of this imbalance, evoking frustration with government bureaucracy struggling with a deluge of veteran trauma. For the White House and Pentagon, it is a reminder that reverence of the military is no substitute for strong civilian oversight of the military. Deeper down, it is a cautionary tale about the risks of low civic participation in a democracy and, more specifically, the perils of a nation that doesn’t share the costs of its decisions to go to war.