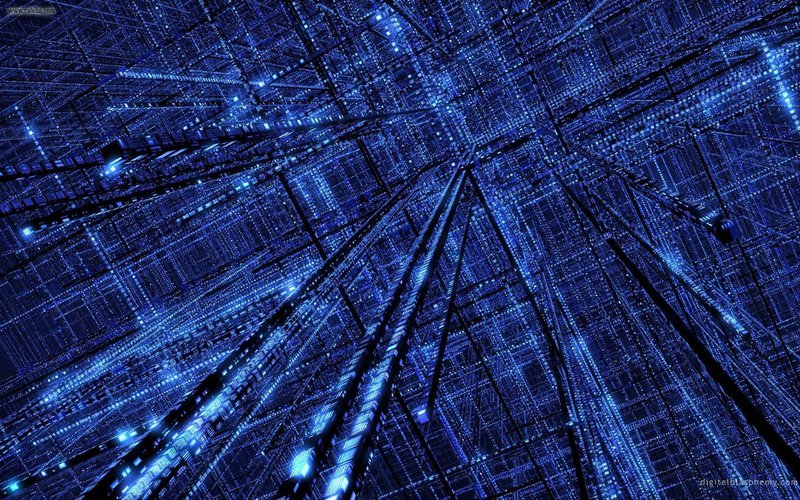 It was Tuesday January 12, 2010, and the Haitian capital had just been hit with a massive earthquake.

Far away in Boston, Fletcher School PhD candidate Patrick Meier was faced with a wrenching problem: his wife, also a Fletcher student, was in Port-au-Prince, and he couldn’t get in touch with her. “The anxiety was nearly paralyzing,” he said at a recent event at New America. “I needed to focus, to do something – anything.”

A specialist in so-called “liberation technologies,” Meier realized there was one thing he could do: create a crisis map of the disaster, mapping everything from CNN reports to Tweets. The job of finding and geo-referencing news reports and social media postings soon became too big for him, and Meier reached out to friends at Fletcher and beyond to assist him.

By the following Saturday, Meier found himself commanding a nerve center of fellow volunteers—some there in person, others in touch via Internet—from his dorm room. Together, they were sorting and tagging Tweets using the Ushahidi mapping platform. They were also using Google Maps to support search and rescue efforts on the ground. Eventually, their efforts led to working with a Haitian telecom provider to launch a SMS help line service that could send messages directly into the group’s inbox.

Because many of the volunteers hailed from the Haitian diaspora abroad, Meier’s group was able to use high resolution satellite imagery to update the woefully out-of-date maps of Port-au-Prince on Open Street Maps.

The work that Meier and his group did accomplished more than helping him focus on “something else” while he waited to hear word from his wife (who was thankfully unharmed). They connected missing people with relief efforts on the ground. The US Marine Corps commended them, with one contact claiming their crisis map was “saving lives every day.”

But after Haiti, the nerve center they had created was still active and wondering: what was next? With the assistance of the Internet and social media, volunteers in their own homes – dubbed by Meier as “Digital Jedis” – now appeared to have an important place in international disaster response.  With this in mind, Meier founded the Digital Humanitarian Network, which serves as a middle-man between volunteer and technical networks, and the digital networks of volunteers who can assist them when disaster strikes.

These digital humanitarians who have joined the network, and the basic human altruism that animates them, have inspired Meier’s new book: Digital Humanitarians: How Big Data is Changing the Face of Humanitarian Response. Meier is Director of Social Innovation at the Qatar Computing Research Institute (QCRI) where he wrote the book, which highlights many of the cutting edge humanitarian technologies developed by QCRI. To Meier, there are two common threads in the examples of digital humanitarianism in the new publication: technology and hope. What matters is combining these two essential elements to create projects that truly work – combining the human desire to help with new technological tools that can enhance human abilities.

One major problem with data-driven disaster response is volume: for example, the volunteers in Haiti worked tirelessly, but they were only able to categorize so much data themselves. An essential problem with tech-savvy disaster response, Meier argues, is that we have collectively moved from a period where responders had too little data to one where they often have entirely too much.

“Humanitarian organizations are in no way prepared to deal with a flood of information from disasters,” Meier explains, likening their task to finding the proverbial needle in the haystack – identifying one Tweet or SMS that will help lead to a missing person. “The overflow of information can be just as paralyzing as the lack thereof for humanitarian responders.”

Data overload isn’t the only problem with technology-driven disaster response: there’s also the matter of verification. 2012’s Hurricane Sandy saw the Internet flooded with cleverly Photoshopped images of a waterlogged New York City, images which many took to be the real thing. The resulting confusion obfuscated the real story, and it’s a problem that digital humanitarians, per Meier, need to avoid.

The good news, says Meier, is that in our digital world, we’ve far outstripped the degrees of connection Kevin Bacon enjoys – “We’re all about 1 or 2 hops from an eyewitness,” he argues. This connectivity inspired the experimental Verily “time-critical crowdsourcing” service, which asks volunteers to answer simple “Yes, because” or “No, because” questions about certain disaster data.

“We’re looking to crowdsource critical thinking,” says Meier of the service. “Part of the Verily mandate is to educate and create a more skilled online sphere.” Verily is a QCRI-led initiative.

In his book, Meier also looks at the importance of aerial imagery, and how collecting this data has been made more accessible by recent advances in UAV (drone) technology. It can take 64 hours for satellites to collect data that can be used for disaster response, a long turn-around time when lives are on the line. Camera-bearing UAVs flown by a trained team can collect aerial imagery in hours, allowing rescue teams both on the ground and on the Internet to respond quickly. Meier’s UAViators group currently hosts a crowdsourced crisis map of drone imagery and footage, allowing pilots from around the world to upload in real time from the scene of a crisis.

Digital humanitarianism, Meier stresses, isn’t just a matter of technological expertise. “It’s easy to just see dots on a map doing while we’re doing crisis mapping, Meier says. “It’s important to remind ourselves this is more than just technical exercise. It’s because people care that these crisis maps exist – it’s a story about humanity and what it means to be human.”