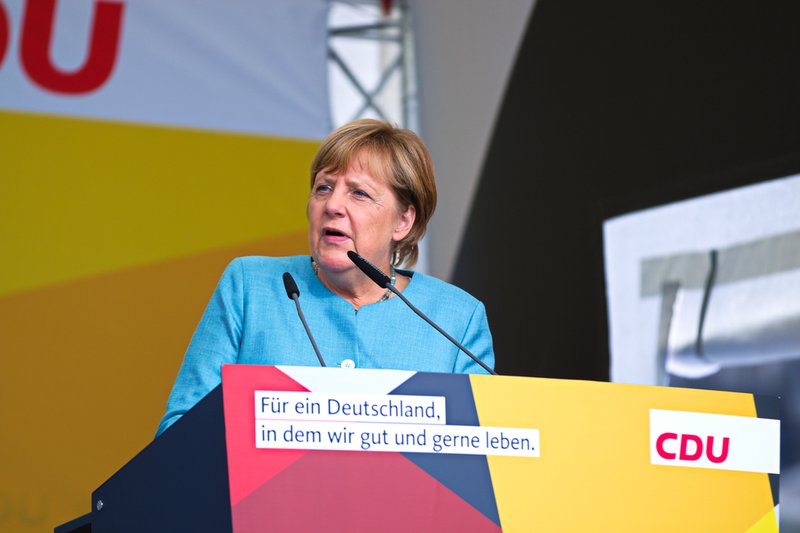 One of the top Google searches in Germany after the federal elections on Sunday was: “Who voted for the AfD?” The answer is inauspicious: a lot of former Christian Democratic Union (CDU) voters.

Over 1 million Germans who voted for German Chancellor Angela Merkel’s center-right CDU in 2013 supported the far-right Alternative for Germany (AfD) party this year, in what appeared to be a clear rejection of the chancellor, her policies, and her definition of conservatism.

For years, the Social Democrats (SPD) have been greatly criticized for blending into the CDU and, in turn, forming a so-called Grand Coalition that obscured the diversity between the two largest parties. But Merkel, the CDU, and their more conservative Bavarian counterpart, the Christian Social Union (CSU), may have made a comparable mistake. As chancellor, Merkel has steadily moved her party to the left, at least partially in response to international events and in a miscalculation that the SPD was her biggest electoral rival. In doing so, it seems that Merkel has created a political vacuum on the right—one the AfD is keen to fill.

On Sunday, the AfD secured 12.6 percent of votes, smashing through the 5-percent threshold needed to enter the Bundestag and, more than that, becoming the third-largest political party in the parliament. Of the voters who cast their ballot for the AfD, most (24 percent) had either voted for the party in 2013 or hadn’t voted at all (25 percent). But a surprising 18 percent—or 1,040,000—of former CDU voters used their electoral voice to support the far right. Moreover, almost twice as many voters in former East Germany (20.5 percent) cast their ballot for the AfD in comparison to those in the west (10.7 percent). According to German Marshall Fund Senior Fellow Hans Kundnani, the biggest surprise wasn’t the AfD’s success, but, rather, the lack of support for the CDU.

What could’ve been the reason behind this conservative shift?

The daughter of a Protestant pastor, Merkel has always been a conservative: She doesn’t consider herself a feminist; in June, she personally voted against gay marriage. And last year, she called for a ban on full-face veils, claiming that they’re “not appropriate” in Germany.

But how conservative has Merkel been, really? The Economist compared her campaign speeches to a “political hammock…rocking gently from right to left…cradling her audience.” Directly after the election, Merkel’s SPD rival, Martin Schulz, called her an “idea vacuum,” warning her potential coalition partners that she would ultimately do whatever it takes to personally stay in power. In a live post-results interview with Deutsche Welle, AfD leader Alice Weidel described the CDU/CSU as “a party that’s just got no core anymore,” one that “betrayed their own core values.” And Der Spiegel ONLINE’s Berlin office chief, Stefan Kuzmany, called her a “quasi-Social Democrat chancellor carrying the wrong party membership card.”

In her 12 years at the helm of German leadership, Merkel has contributed to an undeniably leftward shift in her party. While banning nuclear power has traditionally been a Green position, Merkel shut down the program in 2011 following the Fukushima disaster. Her refugee policy represents another pivot. As Weidel pointed out in her interview, the CDU called for a tough stance on limiting asylum in 1991 under Merkel’s mentor, Chancellor Helmut Kohl. After Gerhard Schröder’s government started a wave of liberal immigration reform from 1998 through 2004, however, Merkel didn’t “correct” back to a conservative course once she took power in 2005. Instead, she continued along the more progressive path her predecessor had introduced, culminating in her controversial 2015 decision to open German borders to refugees.

To Schulz, these changes aren’t merely the product of their eight-year Grand Coalition, but also political plagiarism, of sorts. He used his short concession speech to point out that the SPD had made huge legislative accomplishments—raising the minimum wage, improving social housing, addressing pension problems, and legalizing gay marriage—but received none of the recognition. On the issue of gay marriage, the Greens, Left, and SPD pressured Merkel to call the vote, but she still received most credit for the decision. Left Party leader Bernd Riexinger considered her move to be a political calculation, remarking that “it is surprising how liberal-minded the chancellor becomes when an election campaign is underway.” By allowing the referendum, but voting “no” herself, Merkel appeared benevolent to the left and conservative to the right.

But as it is with most politicians, appropriating opposition positions before elections is an old strategy for Merkel. Before the 2013 elections, she actively pursued classic SPD platforms, supporting a dramatic rise in government employee pay and flirting with increasing taxes. Her labor minister at the time also pointedly mentioned social justice in all her campaign interviews and appearances. And their plan worked. The CDU has successfully siphoned away the SPD’s traditional base: blue collar workers. In 1998, the SPD received 49 percent of the vote and the CDU 29 percent. In 2017, only 23 percent of voters cast their ballot for the SPD, while 25 percent did so for the CDU.

But despite Merkel’s political shrewdness, she doesn’t seem to have been able to stave off voters’ shift to the right. And understandably so: The AfD isn’t just another conservative party jockeying to take the CDU’s place. Though its far-right positions are unheard of in post-war Germany, it’s historic in itself to have a party to the right of the CSU, which, for decades, had been considered the ideological border parties wouldn’t cross. So it’s worth asking whether the CDU could have been conservative enough for AfD voters, even without Merkel’s political detours. For one, the CDU has always been staunchly pro-Europe; former CDU Chancellor Konrad Adenauer is considered one of the European Union’s founding fathers. In contrast, the AfD was originally, explicitly founded on an anti-EU platform. Additionally, as analyst Yascha Mounk has pointed out, the CSU moved its Bavarian platform to the right of the CDU to retain AfD voters—but it didn’t work. The CSU vote decreased by 10 percent—its worst turnout since World War II. Their rejection of the CDU also points to a steady move away from the political establishment: The SPD lost a significant amount of voters—over half a million—to the AfD as well.

Many commentators have called the AfD’s success a protest vote, driven by Germans’ feelings of exclusion from the country’s economic success. Former East Germany, for instance, which voted overwhelmingly for the AfD, traditionally supports the Left Party, today’s version of the now-dissolved East German Communist Party. Decades after reunification, the states in the East haven’t fully caught up to the West, popularizing the Left’s social and economic assistance policies. The AfD offers no such platform, but as political scientist and extremism expert Eckhard Jesse has explained, many Germans in the former East feel that Germany’s current policies benefit refugees more than them. In this climate, the AfD’s populist racism presented frustrated Germans with “someone to blame,” pulling them further away from the Left.

As eager as Merkel may be to leave the election results behind her, she won’t be able to ignore them. Now in parliament, the AfD will be much more vocal. Based on its success, Der Spiegel’s Sebastian Fisher predicts that the party will continue to use chaos as a galvanizing tool, which will make governing in the Bundestag more difficult. German Marshall Fund president Karen Donfried pointed out that the likely Jamaica coalition—consisting of the CDU, Free Democratic Party, and the Greens—could continue to alienate voters in the East, as the three parties have never traditionally held support there. In policy, the CDU must also address the frustration eastern Germans may be feeling. Based on the annual federal report on German unity, the region still faces a “fragmented economy,” economic strength that is 27.5 percent lower per capita than in western Germany, and lower life satisfaction and life expectancy. The report also noted that the East sees more right-wing extremist inspired violence than does its western counterpart.

On election night, Merkel promised to bring AfD voters back to her party by “solving problems, by taking up their worries, partly also their fears, but above all by good politics.” Whether this foreshadows a return to the right for the CDU is unclear, but the CSU has already started to move in that direction, indicating a potential splintering of the parties. While the CSU vowed not to use AfD tactics to challenge the new party, leader Horst Seehofer said that to address the “vacuum on the right, [they] will close it with politics that ensure Germany remains Germany.” Regardless of what actions the CDU takes, the CSU seems motivated to return to its conservative roots—especially because Bavarian state elections are coming up next year.

Soon, Merkel will find herself in a very new Berlin. As in the United States and the rest of the world, Germany’s establishment parties are now in crisis—a crisis that right-wing populism is purporting to solve. For the United States, the political stability of one of our closest allies will be cause for close observation. In a period with a global increase in far-right parties, seeing how the AfD fares in a country with Germany’s history could give insight into the longevity of this trend. Merkel’s political reputation has been based on negotiating impossible situations and difficult-to-please cohorts, but leading the CDU in this era will put those skills to the test.