What Role Do White Moderates Play in Southern Politics Today? 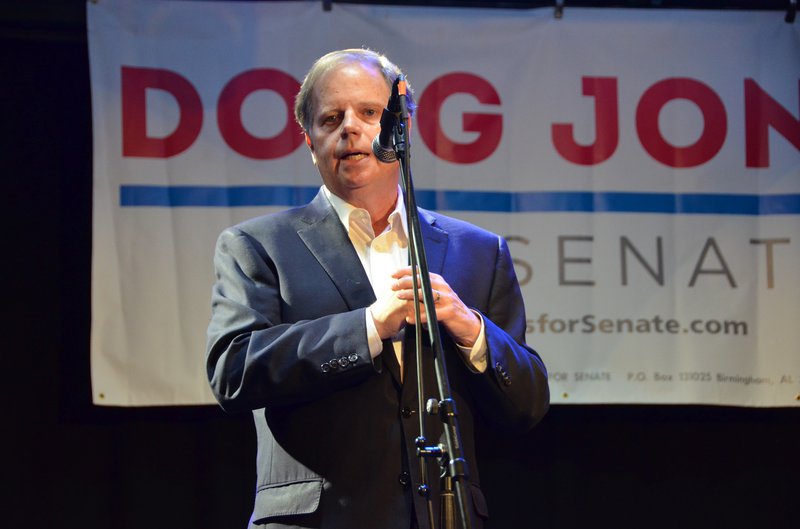 There’s a clear debate brewing within the Democratic Party over what to do in the South. For years, political strategists have encouraged the candidacies of white moderates who can toe the line of conservatism enough to court reluctant Republicans and white independents. The 2010 and 2014 midterms challenged this narrative, though, as these races saw the disintegration of Democratic representation in Congress from the Deep South and underscored the waning popularity of white, centrist Blue Dogs.

Another challenge to the narrative that white moderates perform best in the South came in 2018, when Southern states showed a surge of progressivism, as candidates like Stacey Abrams and Andrew Gillum came close to snagging statewide seats on platforms that centered racial equality, economic inclusion, and social justice. (Close to winning isn’t the same thing as winning, but both candidates came far closer to winning than the white centrist Democrats who ran in their states four years before.)

The year before also saw a historic election—that of Doug Jones, who became the first Democratic Senator from Alabama in 20 years. Now, Jones is attempting to weigh in on the fate of Southern moderates in his new book, Bending Toward Justice: The Birmingham Church Bombing that Changed the Course of Civil Rights—and doing so with mixed results.

Part legal tell-all, part memoir, the book zooms in on the story of the 1963 Sixteenth Street church bombing, carried out by members of the Ku Klux Klan, that killed four black girls: Addie Mae Collins, Carol Denise McNair, Cynthia Wesley, and Carole Robertson. As a 9-year-old living in an all-white suburb of Birmingham at the time, Jones describes how he was largely insulated from the tumultuous atmosphere of 1960s Birmingham, where the civil rights movement was gaining traction, and the violence of the Klan and police forces rose accordingly to suppress it.

Throughout the book, Jones confronts a key concept that Martin Luther King Jr. wrote about in his 1963 Letter from Birmingham Jail, that “justice too long delayed is justice denied.” Jones describes how the prosecution assembled hundreds of thousands of investigative documents into a puzzle of circumstantial evidence to convict two Klan members for the bombing—after more than three decades. With extraordinary effort, he argues that “it’s still justice no matter when you get it.”

But while Jones’s message on justice is clear, I’d argue that his view of moderates’ role in achieving that justice wobbles throughout the book.

When discussing the history of the South and the atmosphere of violence that sparked the bombing, for instance, he both criticizes and excuses white moderates. Jones praises Charles Morgan Jr., another white civil rights attorney, for a speech in which he condemned Birmingham’s white moderates who “had done nothing to change the oppression of their black neighbors … by encouraging or tolerating blatant racial and social injustice.” But then Jones also uses very-fine-people-on-both-sides-style rhetoric when he describes his family’s lack of participation in Klan rallies, since they, “like most respectable folks (segregationist or not), would have no part of it.” Moreover, when discussing his own political career, Jones takes pride in being a moderating voice that focuses on “kitchen tables issues,” such as employment, wages, education, and access to medical care, that are what “everyone, black and white, male and female, young and old, [have] in common.”

To be fair, Jones falls to the left of his Democratic statewide predecessors in Alabama. But he remains committed to “repopulating and re-energizing the center.” And his voting record seems to support his occupancy of what he calls “the radical middle”—he is one of six Senate Democrats who has voted with President Donald Trump more than 40 percent of the time.

More troubling still, his voting record shows a potential disconnect between his overwhelming support from Alabama’s black community and his backing of the issues that disproportionately affect them. Jones was one of the few Democrats who voted for the rollback of regulations on community banks that will make it easier to hide discrimination against minority mortgage applicants and harder for the government to identify predatory lenders who target minority communities. He also voted to confirm William Barr as attorney general, despite Barr’s history as the designer of policies that increased incarceration rates among African Americans, and Robert Wilkie as the U.S. Secretary of Veterans Affairs, despite his ties to Confederate pride groups.

This is all the more vexing when you consider how Jones owes his seat in the Senate in large part to the work of black organizers in Alabama, especially those who founded Black Voters Matter and spurred a record turnout among the black community for a non-presidential election.

It seems that Jones wasn’t unaware that the support of the black community was required for his election, as he spent a significant amount of time and money campaigning in Alabama’s black communities. Yet still, he stumbled, running two ads that stirred controversy—one praising people who fought on both sides of the Civil War, and the other questioning whether Roy Moore would have had a harder time getting away with sexual assault if he were black. He also ran on a typical Southern Democrat platform that you could argue assumed the support of black voters while centering the white vote. Jones notes that on election day, “a white woman … gave me an unexpected and sincere declaration of support. For some reason, that convinced me we had it.”

Jones lays out his moderate strategy—which focuses on collaborating across the aisle and staying away from the fringes of political debates—as critical to renewing the presence of Southern Democrats in national politics. He also condemns identity politics and the “exploit[ation] of social and cultural issues that divide us” as the reason Democrats can’t make connections with voters outside blue strongholds.

But here, Jones appears to have missed a key point: In some ways, Democrats have abandoned the South. The 1960s saw an earnest drawback of Southern whites from the Democratic party, as it became more liberal on civil rights. Republicans picked up these voters and began taking greater control of state houses and Congressional seats in the late 1990s and early 2000s (and made voter suppression a policy priority). Rather than fighting back, many nationally-focused Democrats seem to have given up. Even though the South has grown more diverse in recent years and they could potentially run candidates that excite the community, the Democratic National Committee has put money largely behind white centrist candidates—or has looked elsewhere entirely. In the early 2000s, the Mississippi Democratic Party could only afford one part-time staffer, and in 2018, the National Democratic Party spent only 25 percent of what Republicans did in the Mississippi Senate races.

Of course, this isn’t a wholesale dismissal of Jones and his politics. Neither is it to suggest that a more fundamental veer to the left wouldn’t be attended by its own issues—journalists and other pundits are still tussling over where middle-of-the-road Democrats fit into the shifting political landscape, and how that may affect the party’s future. Rather, as the 2018 midterms showed us, this is to underscore how progressive politicians who openly challenge inequality and recognize the different needs of varying communities do, contrary to the received wisdom, stand a real chance in the South. Democrats don’t need to run on defensive, anti-Republican extremism to appeal to voters on the fence. As Jones himself notes, “pandering to people who were not going to vote for [you] anyway” is a losing strategy.

In the end, Jones’ account doesn’t seem to meaningfully reconcile the demographics of his voter base and his understanding that “the impact of institutional oppression is ongoing for African Americans” with his moderate stance. His laser-like focus on “kitchen table issues” glosses over the fact that kitchen tables don’t look the same across Alabama. Some kitchen tables are in food deserts, where the black community of Birmingham was relegated by government redlining, and some kitchen tables are in underfunded school districts that white families in the suburbs are fighting to leave. A message of unity is important in times of great political division, but it shouldn’t come at the expense of talking about the different needs of communities that are too often segregated along racial lines.