What Is Our Vision for Managing the U.S.-Mexico Border? 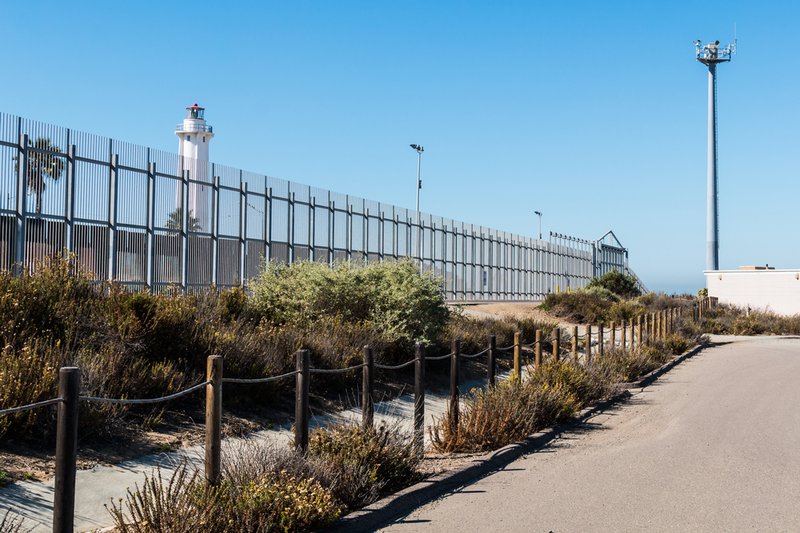 We should never get used to what we are seeing at the U.S.-Mexico border. The Trump administration, facing an enormous challenge as large numbers of families and unaccompanied children from Central America seek to enter the United States (more than 144,000 of them in May of this year alone), has made the problem worse in multiple ways.

By separating children from their families, warehousing migrants in unacceptable conditions, undercutting the asylum system, and careening from strategy to strategy—threatening to close the border one day and to disrupt trade the next—this administration has managed to take a humanitarian crisis and turn it into a catastrophe. Each threatening tweet from the President is the next advertising slogan for the smuggling networks in Central America, urging people to make the dangerous journey now before the situation gets worse. As more migrants come, the administration’s cruelty to them rightfully shocks the conscience.

I’m grateful to the legislators, advocates, and candidates who are drawing our attention to the facilities holding migrants and decrying the conditions there. We can and must do better. Much of the advocacy so far has focused on the things we want this administration to stop doing, and rightly so.

But it’s unlikely that this issue will go away for a next administration if the government changes hands after the 2020 election. Rather, the next President will probably face a situation like this one.

And that person will need a plan.

I know full well the tools available to those who are governing when there’s a situation like this at the border. I led the Domestic Policy Council for President Barack Obama, and when the number of migrant families and unaccompanied children from Central America spiked unexpectedly in the summer of 2014, we weren’t ready.

We famously ran out of shelter space for unaccompanied children, and President Obama called in the Federal Emergency Management Agency to lead a coordinated effort across the entire federal government to get kids out of Border Patrol facilities and into proper shelters, where the Department of Health and Human Services provided care while managing the process of reuniting them with family members in the United States. At the time, some people protested the buses taking children to shelters, because they didn’t want migrant children in their communities; in some cases, they even argued that they’d bring disease.

We used a variety of approaches along the continuum of tools available at the border, along a range that included releasing families into the interior, sometimes with and sometimes without ankle bracelets to ensure that they attended their removal hearings. We piloted a very successful community-based monitoring system in which faith-based groups helped meet migrants’ needs, including legal needs as they prepared for removal hearings or the asylum process. We also detained families under the theory that it was important to communicate that the door to the United States wasn’t open—that families couldn’t expect to just walk in. We were sued over that, and we lost. Someone at one of the federal agencies also suggested a policy that would result in separating families. We said no.

In addition, we invested heavily in partnerships in Central America to address the causes of migration, and created alternatives for migrants, first processing children and then adults as refugees, providing them a means of getting to safety without having to take the dangerous journey across Mexico. We got other countries involved in providing protection, understanding that the United States couldn’t, and shouldn’t, be the only place of refuge.

I mention all that not to suggest that previous efforts to address immigration are beyond reproach. To the contrary, I’d argue that there’s plenty of room for debate about whether any of these were good decisions—and if we’re going to do better, we should absolutely have this debate. Doing this effectively, however, will require more than insisting on what we want the government to stop doing. If we want to do better, the question to ask is this: What is our vision for managing a situation like this at the border?

For one thing, we ought to come to terms with the fact that the laws, policies and physical facilities at the border are designed for a problem that we don’t really have anymore, which is single adults, mostly from Mexico, trying to evade the authorities. Today’s migrants are much more likely to be adults with children or children traveling alone from Central America.

We don’t have the facilities or policy for that, and the scale of the challenge is enormous, as we can see in this chart from the U.S. Customs and Border Protection: 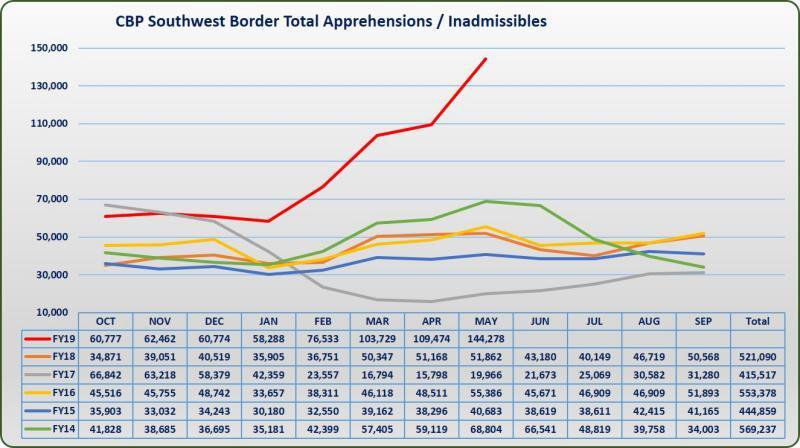 If you start from the premise that our first responsibility is to protect children, we must contend with the fact that we’ll need some system to shelter the kids who migrate alone or with smugglers. There’s a shelter system—badly undermined by the current administration—designed for this. The very well-intentioned call to #ClosetheCamps doesn’t account for the fact that we’ll need facilities for these kids while we locate their families or some other safe place for them.

A set of child welfare and human rights groups has thought about this deeply. Their recommendations include, among other things, creating standard and emergency plans for the care of children, preserving and expanding on existing legal safeguards for unaccompanied children, and developing a variety of post-release services such that children released from the Office of Refugee Resettlement have meaningful access to educational, legal, and child-welfare resources.

On adults coming with children: Some are economic migrants, some are fleeing violence. They come looking for the Border Patrol to turn themselves in. Some are detained, some released with ankle bracelets, some simply released. Many end up in a very backlogged asylum system. The Trump administration is trying to kill off the asylum system altogether; we need a better way to manage it, and it’s not clear that adding more resources and judges will be enough to meet the enormous demand.

Doris Meissner and her Migration Policy Institute colleagues Faye Hipsman and T. Alexander Aleinikoff argue that it’s possible for the executive branch to use the resources that it already has to provide a way of adjudicating asylum applications fairly and more efficiently—for instance, by engaging a well-trained asylum division rather than severely backlogged immigration courts.

And no matter how you feel about immigrant detention, Congress requires it in some cases, and it’s unlikely to go away entirely. If detention is likely to remain among the arsenal of tools used at the border, we must make sure that it meets both moral and legal standards. Here’s a set of recommendations from a range of human rights organizations about how to reform it.

I don’t claim that the Obama administration got this right, though I can say from experience that the decision making was led by people who were focused on the safety and well-being of the migrants we encountered, especially unaccompanied children. More importantly, we were led by a president who believed deeply that we must behave like the nation of laws and nation of immigrants that we are. There’s much to learn and build on from that experience, and still more to be learned from the cruelty of the current administration.

We must decry what we are seeing, but we can’t stop there. There are candidates asking us to let them lead; we should focus on telling them what we want Congress and the next President to do.