What Now for Yemeni Detainees? 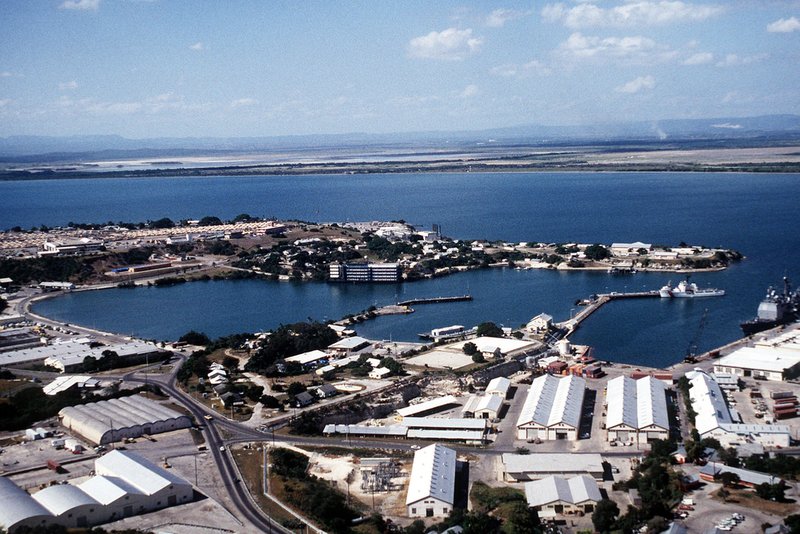 Millions of people travel to Saudi Arabia each year. Last month, nine of them were detainees from Guantanamo Bay.

After 14 years of detention at the U.S. Naval Station Guantanamo Bay, a detention facility about 400 miles from Miami, FL, Tariq Ba Odah, a high profile detainee and Yemeni national, on April 16, 2016, was repatriated to Saudi Arabia along with eight other Yemeni detainees. Ba Odah achieved notoriety as one of the longest hunger strikers at the infamous camp, located in the tropical Oriente Province on the southeast corner of Cuba. Numerous reports written about him, including a profile in Rolling Stone magazine, brought attention to the atrocities prisoners experience under U.S. supervision, such as routine force-feeding, which Ba Odah endured twice daily, and which involves strapping down the detainee and pumping a liquid dietary supplement into the stomach through a tube forced into the nostril.

The roughly 780 suspected terrorists who have been ushered through the gates of the detention facility have come from 49 nations—115 people from Yemen, or about 15 percent, according to data from the comprehensive New York Times Guantanamo Docket. The U.S. government is prohibited by law from transferring Guantanamo detainees back to Yemen, which is racked by civil war and home to al Qaeda in the Arabian Peninsula. This means that, with 263 days left on the GTMO clock, a website counting the remaining days President Obama has to close the facility before he leaves office, 80 detainees remain—over half of them Yemeni.

Obama announced on February 23 the submission of his national security team's proposal to Congress to close the enduring American institution, calling it a "stain on our broader record of upholding the highest standards of rule of law." Among other challenges, removing this stain will require negotiating with willing third nations the resettlement of 43 Yemenis.

The first step in the president’s four-part strategy is to transfer the detainees that have already been approved for transfer, a somewhat dubious category that detainees can remain in for years, provided that proper security conditions are not met in their home nations. (Those charged or convicted in the Military Commissions System and those deemed too hazardous to American security to ever be released comprise the other three categories of detainees.)

Eighty percent of captives approved for transfer indeed are Yemeni, complicating the president’s task of repatriating them. The environment in Yemen is deemed too dangerous by the U.S. government to repatriate Yemenis to their country of origin. Yemen’s ongoing civil war exacerbated an already fragile security environment that enabled AQAP to thrive, seizing more territory across the embattled nation than any other time in history.

With at least four foreign nations pursuing their own agendas at the southern tip of the Arabian Peninsula -- Saudi Arabia and the United Arab Emirates backing Yemen’s government against the Iran-allied Houthi rebel group, and the United States conducting a separate, but overlapping drone war -- it is unlikely that the Yemenis stuck in America’s offshore detention facility will ever be returned to their beset homeland.

“Because of the situation in Yemen right now, we don’t have any way for the detainees to return to Yemen,” said Ali Omiran, the deputy consular at the Embassy of the Republic of Yemen, in a phone conversation (his statements were translated by an assistant).

“The bottom line will be, now we are not sending anyone back. We are not issuing any letters for these people to go back because there is no way they can go back right now.”

In lieu of sending them back to Yemen, the Obama administration must rely on agreements with third nations to resettle the Guantanamo prisoners, a confidential process that leaves even Yemeni government officials in the dark, according to Amatalsalam Al Shami, the political officer at the Embassy of the Republic of Yemen responsible for managing the detainee files.

“They prepare everything, and they do all the procedures. And when they are just ready to release [prisoners], they just give us a note. That’s all,” Ms. Al Shami said on the resettlement process.

Ms. Al Shami meets with her counterparts from the Department of State frequently to discuss the status of the Yemeni detainees designated for transfer. At a meeting in Yemen’s embassy last month, U.S. Special Envoy for Guantanamo Closure Lee Wolosky assured Ms. Al Shami that they “were going to close Guantanamo for sure” she said in an interview. “And now,” she continued, “they are just waiting for other governments to accept Yemenis.”

Mr. Wolosky’s office at the Department of State ignored a request for comment on the matter.

When asked about other countries aside from Oman and Saudi Arabia, which resettled Yemeni detainees in January and April respectively, which may be in talks to resettle Yemeni detainees, Ms. Al Shami said she did not know.

“The Emirates has [detainees] too. But I don’t know exactly,” she said in reference to other potential resettlement nations. “I ask him [Wolosky] the same question. He told me we are trying with some governments to accept Yemeni detainees.” The Embassy official was not given further details on future third-country resettlements.

Saudi Arabia, for its part, is an appealing resettlement nation because the more stable country shares a border with Yemen and operates a successful rehabilitation program for extremists. The effort to persuade Saudi Arabia to resettle Yemenis was an on-going initiative that began during the George W. Bush administration, one that, finally, in Obama’s last months in office, has come to fruition.

While not involved in the diplomatic process, the Yemeni government was kept abreast of developments in the April transfer of nine Yemenis to Saudi Arabia.

Yemen’s government has little information about former Yemeni detainees who were repatriated to Yemen prior to the escalation of conflict. In August 2014, the U.S. government transferred Amin al-Bakri and Fadi al-Maqaleh into Yemeni custody. Bakri and Maqaleh were imprisoned by the U.S. military at Bagram Air Base, Afghanistan, an overseas military prison operated by the United States that has also come under international scrutiny for holding suspects in indefinite detention without due process.

The Yemeni government lost contact with them almost a week after releasing them to their families due to the chaos in their home country, according to Ms. Al Shami.

This is a significant concern for the U.S. government which fears the return of detainees to terror networks upon return to their home nations.

Whether President Obama can whip the international support and assistance to resettle Yemeni detainees in third countries by the end of his tenure remains to be seen. But with the end of the Obama administration approaching, closing Guantanamo Bay may come down more to Yemen than anyone in the White House.