What Did We Really Celebrate on the Fourth of July? 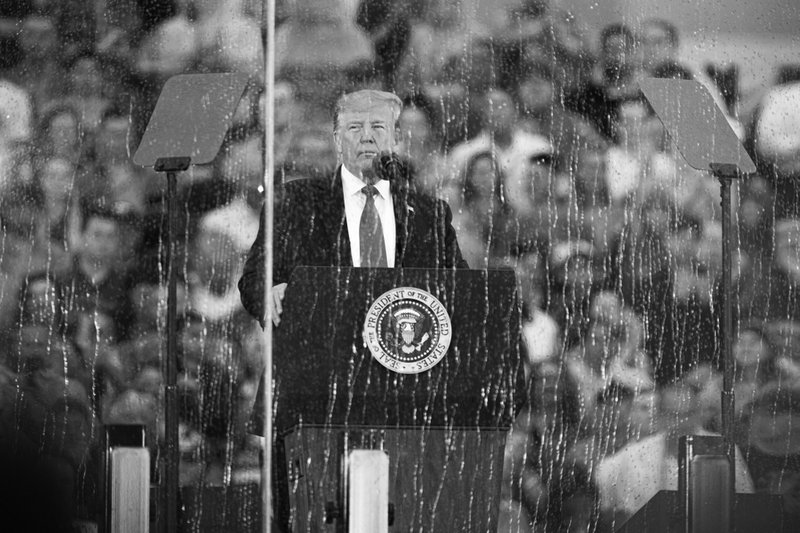 The Fourth of July has come and gone—our energy exhausted, the day of our independence fully celebrated. President Donald Trump promised quite the show for the holiday, and, oh, did we get one (well, kind of). Independence Day is Americans’ one designated day out of 365 to celebrate the country’s liberation from tyranny—foreign taxation, a distant monarchy, maybe your dysfunctional marriage—by stuffing ourselves with hot dogs and sitting on porches and patios to watch fireworks. Indeed, on the Fourth, the pride that many people feel from being American is never more raucously on display, and this year’s festivities more than proved that, via colorful bands and awe-inspiring air shows, people love to revel in America’s image of greatness.

But what did America celebrate, really? The symbols and slogans of the holiday get the headlines, but they betray both the underlying truths of our moment, and take our eyes away from how the holiday gives us an opportunity to heal that divide.

We celebrated liberty—but people aren’t free. For years, migrant children have been locked in crowded detention centers and allegedly sexually abused and raped by their wards. Prisoners find themselves in a perpetual system of near slavery, locked in a cycle of labor and imprisonment.

We celebrated justice—but Americans continue to face injustice. Ex-felons trying to turn themselves around find the rules stacked against them, and votes continue to be manipulated in the wake of the Supreme Court’s ruling on gerrymandering. Even now, many Americans don’t see the criminal justice system as an impartial dispenser of fairness.

We celebrated equality—but some find themselves treated unequally. Gender gaps in salary and benefits disrupt conversations on workplace equality. Different groups, such as Muslim-Americans, face growing adversity as discrimination mounts against them. Even our role models on the soccer pitch have to fight for their rights.

We celebrated security—but in the years after 9/11, our fears of disaster fester ever more. Shootings have increased in devastation over recent years. And while our stock market is soaring higher than ever, Americans are finding themselves increasingly unsure about their financial security.

We celebrated unity—but what more accurate way to describe our nation right now if not divided? Uncertainty grows as “fake news” threatens honest discourse. Hate groups find their voice increasingly accepted in political discourse, furthering their message of supposed alienation. Our border agents mock and debase fellow Americans and humans, indulging their disdain for others.

Let’s actually drill down on that last point. In our broader haste to marvel at spectacle, many people turned a blind eye to the vastness of the suffering afflicting others. Or perhaps even worse, we didn’t think about it at all—something that belies a lack of communal empathy.

Consider how, in the last month alone, our nation’s heroes in uniform—the people who immediately responded in the aftermath of 9/11—found a vacant Congress to answer their pleas for aid, yet pushed on anyway. Or think about how black Americans crowded into the House of Representatives to make a case for reparations, proving that the wounds of slavery and racial injustice have hardly healed more than a century later.

There’s no question that people are aggrieved by the injustices they (rightfully) feel have yet to be meaningfully answered by their country, their America.

So how do we move forward?

During a recent conversation with Sharon Burke, Senior Advisor at New America, Burke mentioned the importance of avoiding the perils of infighting. “People forget: We voted for our representatives, the administration,” she pointed out. “We chose to go with what we have now, and we’re seeing the consequences of being unaware.”

Put differently, voters, in various ways, elected the officials in charge now and, by extension, many of the conflicts that they’ve wrought on both policy and public discourse. Many citizens listened to the news eager to cast blame on someone else, soaked up tweets that affirmed their hatred of the “other.” Insults and put-downs, not reason, draw clicks and spur comments.

There’s no shortage of ideas for how to honor the spirit of Independence Day, despite the parading and posturing. Ignore it, boycott it, criticize it: “reclaiming the Fourth” takes on many forms. But we’re only doing a disservice to our nation if we don’t learn to reclaim the core sense of togetherness—an America of many values, but with a central value of community.

After all, America didn’t liberate itself 243 years ago—Americans liberated one other.

Helping other Americans, in ways big and small, has long been at the core of what makes America great. It can be a seemingly inconsequential action, like stopping to chat with your neighbor who has different views from you, or devoting a few dollars to your local veterans’ charity. But either way, civil participation and compassionate patriotism build a healthier discourse for the nation, and prepare us for future adversity.

As Burke underscored in our interview, “the first and best line of defense against a terrorist or a hurricane is a stronger society in general. America is strong when its communities are.”

Contenting ourselves with food and fireworks before diving right back into political bloodsport achieves the exact opposite. When we cover up our divisions with diversions, polarization will continue to eat away at our institutions and progress. “Things are hollowing out,” Burke said, solemnly. “We can fill the cavity, or we cave in.”