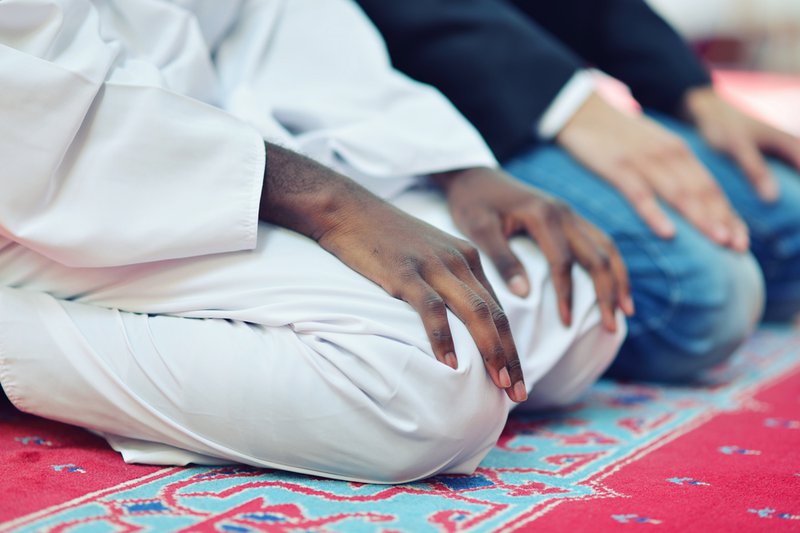 In our current political season, so often warped by racism and xenophobia, discussions typically frame African-American Islam as alien to American culture: Black Muslims, the story goes, are aberrant to the “homogenous” cultural and racial landscape of the United States.

What that claim conceals, however, is that African-American Islam is, and has long been, a key part of the American story—and plays a critical role, too, in making our country safer.

That was the central point made by Muhammad Fraser-Rahim, director of Quilliam North America, a London-based think tank focused on counter-extremism, at a recent New America event. Fraser-Rahim reminded the audience that African-American Islam was originally forged through the devastating displacement wrought by the transatlantic slave trade, which brought West African Islam to the shores of an adolescent United States. Yaya Fanusie, a panelist and the director of analysis for the Foundation for Defense of Democracies’ Center on Sanctions and Illicit Finance, echoed this point, arguing that Islam isn’t foreign to U.S. history; rather, it reveals the nuances of this history. Both experts said that African-American Muslims have cultivated unique identities, narratives, and practices, ones that draw directly from their collective experiences in the United States. In that, black Islam ought to be seen as a constitutive element of American cultural and political life.

But the event was supposed to be centered on countering violent extremism. What do African-American Muslim experiences have to do with CVE?

Well, more than you might think. African-American Muslim experiences inform the first principle of CVE programs: Muslims aren’t enemies, they’re not any more disposed to radicalization than other groups, and their communities shouldn’t be singled out.

By recasting the problem as a broader one of extremism, this approach to CVE distances itself from a tendency to use racial and religious identities as barometers of who’s susceptible to radicalization. It also, in turn, disrupts some of the corrosive narratives around the “war on terror,” which too often casts Muslim communities as exclusive incubators of extremism.

The panelists also zoomed in on how African-American Muslims have cultivated their own techniques for counter-radicalization, tailored specifically to the life and politics of black communities. More specifically, after the death of Elijah Muhammad, the founder of the Nation of Islam, in 1975, his son and the organization’s new leader, W.D. Muhammad, widely reformed the Nation of Islam. Confronted by growing radical black nationalism, which in ways threatened the dominant social order of the ’70s, Muhammad broke the organization away from its more militant currents and steered it toward addressing the concerns of African-American Muslims. It eventually became the more mainstream American Society of Muslims. (These changes sparked dissent among some members, including, most notably, Louis Farrakhan, who’d later rebuild the Nation of Islam.)

Muhammad’s reforms, in other words, acted as a proto-CVE initiative, one that channeled grievances into constructive community engagement, integration, and pluralism. As Fanusie explained it, these changes signaled the rise of a new—and uniquely American—black Islam: It drew from Islamic theological traditions, while at the same time re-configuring them in light of the experiences of black Muslims, who were also contending with racial oppression.

To be successful, it’s crucial that CVE efforts learn from this history of community-based reform, which has been effective at stemming the sometimes-competing tides of radicalization.

Indeed, based on his analysis of Muhammad’s counter-radicalization reforms, Fraser-Rahim recommends three ways to fuel successful CVE work: “ideological or doctrinal reform, self-empowerment and identity reconstruction, and patriotism and citizenship.” Put differently, CVE programs must be tethered to the everyday realities of social life in Muslim communities by building relationships and providing vulnerable populations—especially youth—with alternative possibilities for personal expression and political engagement. This can neutralize the appeal of radicalization, particularly in the face of poverty. (Fraser-Rahim nodded to a Pew Research Center poll that observed that “45 percent of Muslim Americans now report having a total household income of less than $30,000 a year, compared with 36 percent of the general public.”) Crucially, this preventative process only works via broad collaboration: Muslim civil society, business and faith leaders, nongovernmental organizations, and educational institutions.

In short: Engagement between Muslim communities and various levels of government shouldn’t be mere window dressing for CVE. It should be central to its vision and implementation.

Fanusie, in concluding, quoted Doughboy from the acclaimed 1991 drama Boyz n the Hood: “Either they don’t know, don’t show, or don’t care about what’s going on.” As the panel argued, learning from black Muslim experiences in the United States must entail a collective knowing, showing, and caring about the experiences of people who are typically stigmatized as outsiders. Indeed, it’s only through this act of political care that CVE partnerships can ever truly work.