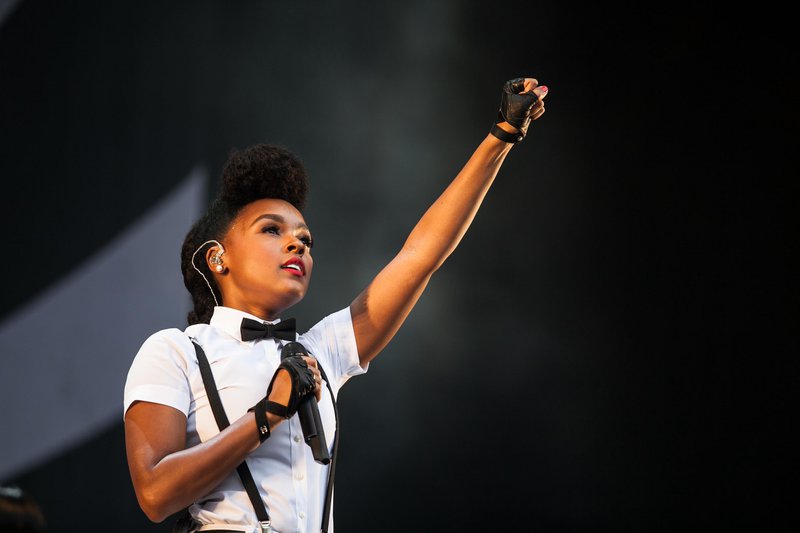 The latest video album didn’t “break the internet.” Instead, the “Emotion Picture” for Janelle Monáe’s new album, Dirty Computer, aired on BET in late April, building some buzz and hype before it arrived, with minimal fanfare, on YouTube the following day. In the lead-up to the album’s release, outlets including the New York Times and Rolling Stone wrote profiles of Monáe, highlighting her struggles as she has grappled with crosshatching aspects of her identity—race, gender, and sexuality—to produce what she’s described as her most personal work yet. Likewise, many critics have sought to decipher the different ways in which this self-reckoning surfaces on the album.

And yet, despite all that parsing, few critics have grappled with the album’s criticism of American identity more broadly—how America both celebrates and devalues people long relegated to society’s fringes. Dirty Computer contends with this tension, while also offering listeners (and viewers) an Americana that embraces the marginalized.

Dirty Computer features two songs that directly reference America: “Crazy Classic Life,” which is the second song on the album and the opening “memory” flashback on the visual album, and “Americans,” which, as the closer, serves as the soundtrack for the final scene and end credits on the visual album. Crucially, these two songs bookend the album—the only song not between them is the intro track—and they, in turn, form a sort of container around songs that more explicitly investigate womanhood, race, and sexuality. By doing so, these songs signal that each of the album’s other songs is a deeper dive into distinct facets of American identity. But both “Crazy Classic Life” and “Americans” re-conceptualize what it means to be American writ large, and in doing so they shine a light on the fundamental strain between how a person claims American identity, and how American society values certain citizens more than others.

On “Crazy Classic Life,” Monáe puts forward an inclusive vision of being American. The song opens with a spoken-word introduction by a voice that, in both its resonance and its speech patterns, evokes Martin Luther King Jr., reciting lines from the Declaration of Independence: “[You told us] ‘we hold these truths to be self-evident: that all men [and women] are created equal; and that they are endowed by their Creator with certain unalienable rights; among these are life, liberty, and the—and the pursuit of happiness.’” By starting the meat of the album with a classic American text, and in what sounds like a classic American voice, Monáe reminds us of what are arguably America’s myths: exceptionalism, freedom, and equality. She then juxtaposes these notions with the first sung lyrics of the track—“Young, black, wild, and free”—and with footage of young black women driving in a car down the open road, though we know that the founders included only white male landowners in their hoary vision of citizenship.

Through that juxtaposition, Dirty Computer proffers the still-contentious idea that to be young and black and wild and a woman and free is, despite history, to be American. Monáe continues to hammer this idea home throughout the song.

During the two pre-chorus sections of “Crazy Classic Life,” Monáe sings: “I’m not America’s nightmare / I am the American dream.” She follows with: “I’m not America’s nightmare / I’m the American cool.” In both instances, Monáe asserts that the young, black, wild, and free identity she claims isn’t simply American—guaranteed a place in society because of the Constitution. More than that, she’s the ideal, the epitome of American identity—the dreams and cool America aspires to and finds joy in.

If the album had ended here, it’d be safe to say that Dirty Computer suggests a fairly straightforward interpretation of American identity, one that not only accepts but also fully celebrates youth, blackness, womanhood, and independence. However, a closer listen to “Americans,” the closing song, complicates that message, with its pointed reminder that society still operates according to a system of hierarchies.

For one thing, the opening verse contains a number of references to examples of violence against black people in America. “Die in church, live in jail, say her name, twice in hell” is a line that arguably refers to Dylann Roof’s shooting of black parishioners at a church in Charleston, the prison-industrial complex that disproportionately affects black Americans, and Sandra Bland’s death while in police custody. Monáe follows up with references to prejudices specifically against women: “I like my woman in the kitchen /… A pretty young thang, she can wash my clothes / But she’ll never ever wear my pants.” In a similar vein, the second verse references unequal pay—“Seventy-nine cent to your dollar”—and racism—“You see my color before my vision / Sometimes I wonder if you were blind / Would it help you make a better decision?”

These lyrics suggest that racism and misogyny are as central to American society as, in Monáe’s own words, “a big old piece of American pie,” and that people will continue to “defend [their] land” to maintain their warped, 1950s-era conception of society.

At this point, Monáe once again includes the voice that evokes King, but this time the voiceover speaks words the civil rights leader never actually said:

This harsh indictment might at first feel dissonant when you consider its upbeat tempo and its role as the background music for the visual album’s triumphant final scene. But, importantly, it parallels the structure of the “emotion picture” as a whole, and it also ends on a hopeful note. The King-like voice finishes by saying: “But I tell you today that the devil is a liar / Because it’s gon’ be my America before it’s all over.” Through those lyrics alone, Monáe leaves open the radical possibility of a future in which all the different parts of her identity are accepted and valued on their own terms.

Monáe’s album arrives at a time when the question of who does and doesn’t count as American is particularly fraught. When asylum seekers are turned away at America’s borders; when transgender Americans are prevented from serving their country; when anti-Semitism and anti-Muslim incidents are on the rise; when people who’ve made their home in America for years under various forms of protected status have that status revoked; when black people and Native Americans are stopped by the police for usually spurious reasons; when story after story of gendered violence and misogyny continues to break; when, in other words, millions of Americans are asking themselves where and how they belong—art that dissects American identity feels especially, newly vital. (Consider also Childish Gambino’s ultra-violent video, “This Is America.”)

And, indeed, Dirty Computer provides a rejoinder to this questioning, pointing a way forward. Monáe ends “Americans” with what’s arguably an offer to join her in a new future, asking anyone who’s listening: “Please sign your name on the dotted line.”

Anyone have a pen?