We Need to Care about Care 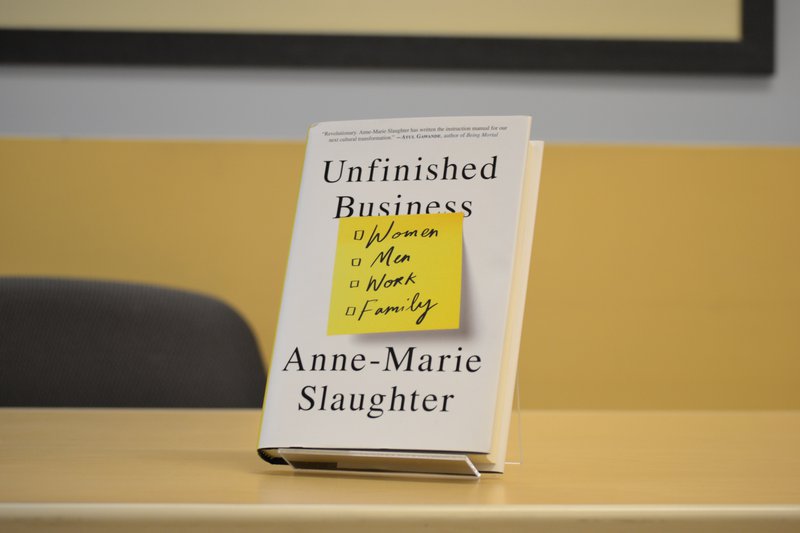 A woman’s work is never done. Even in the 21st century, the old saying is still true for many, especially when it comes to gender equality in the workplace.

Sixty percent of American women are in the workforce, but women account for only 15 percent of Fortune 500 executives. To many observers, it seems that the push to break the glass ceiling, especially in industries like finance and tech, has been hitting a wall. At the same time, two-thirds of minimum-wage jobs—which constitute a large portion of the jobs created during the recovery from the Great Recession—are held by women, many of whom are also mothers who must contend with “just in time” scheduling and the fear of being one sick day or childcare disruption away from being fired.

But women aren’t the only ones hurt by the seemingly set status quo. Men are struggling, too. According to recent research, Millennial men are floundering in their efforts to put their egalitarian principles about gender roles into practice in the workplace or at home when they become fathers.

So what gives? How can it be that 50 years after the second wave of the women’s movement, we’re still seeing this kind of data about gender inequality in the workplace? Anne-Marie Slaughter, president and CEO of New America and author of the viral—and to some, controversial—Atlantic piece “Why Women Still Can’t Have It All,” asks just these questions, addresses her critics, and offers some answers in a new book, Unfinished Business: Women Men Work Family. Slaughter identifies a common thread linking the dearth of women at the top of the economic scale with the overrepresentation of women at the bottom: the devaluing of care work.

“The problem is not women,” Slaughter told NPR TED Radio Hour host Guy Raz at a recent event at New America. “The problem is: Why are we not supporting caregiving? Why are we telling women at the top that if they take time out for care they get knocked off [the] leadership track and why are we asking women at the bottom to simultaneously hold down two full-time jobs without providing daycare, family leave, paid maternity and paternity leave—all the kinds of supports that frankly, other countries provide for care?”

“We’re not investing in the next generation,” or in being able to care for the growing population of elderly Americans, Slaughter told Raz. “Daycare costs more than rent in all 50 states. That’s crazy.” Whether it’s through paid maternity leave—the U.S. is currently one of only nine countries without it—or, as exists in England, the right to request flexible work options, which could allow for the care of an aging parent,building an infrastructure of care to support women and men as they work is crucial. “We do have to say collectively, as voters, these are incredibly important social, moral, economic—and I would say national security—issues.”

Transformation also needs to happen in the workplace itself, and it’s more important than ever for corporate America to take the lead. Slaughter referenced the work of sociologist Pamela Stone: “Women don’t opt out [of top jobs in the workforce]. They’re shut out. Their employer will not accommodate the way they could make it work.” And as a result, she reflected, “We are losing talent.” For her, it just makes good economic sense for business leaders to retain talent by empowering employees and being transparent (as movements like OpenWork advocate) about the myriad ways—flexible work, job sharing, or other options—their workplaces could evolve to maximize productivity while meeting the real-life needs of workers.

Slaughter also called out the dominant proclivity in U.S. business culture to behave in ways that she calls in her book “time macho”—the display of braggadocio and competition to work the hardest and the longest hours possible. “We have the evidence that our work culture” of being on-call 24/7 is “bad for our productivity and creativity,” she noted, adding, “we just haven’t been willing to claim it.” One way of claiming it is for employers to embrace what Slaughter called “phase three,” the period post-caregiving where people ages 55 to 70, many of whom are rarely considered for promotion at all, can “go hard again” in their careers. For example, Slaughter queried, “If you’re a lawyer, why shouldn’t you be considered to be managing partner at 62 or 65? Janet Yellen’s 67. Hillary Clinton, if she wins, will be 70. Why not?”

Changing the cultural and political approach to caregiving has to happen out of the office, too, and also entails refashioning the language we use to describe it, said Slaughter. We need to get rid of terms like “stay-at-home” moms and dads, because they imply that “the norm is the office.” Her husband, Andrew Moravcsik, published his own recent article in The Atlantic in which he described what it was like for him to be “lead parent” during Slaughter’s time as the first female director of policy planning at the State Department. In addition to embracing “lead parent” (especially lead parent dads), Slaughter said decisively, “We should describe all men who have children as ‘working fathers.’” If we started describing male CEOs as working fathers, “it would immediately tell everybody ‘he’s not just his job—he’s a father and he needs to make time for his caregiving obligations just as much as a working mother.’”

For Raz, who has written about his own experiences as a primary caregiver to his children, this language adjustment resonated on a personal level. On days when he’s caring for the kids, Raz said, his own father has asked: “Oh, are you babysitting today?” “No,” Raz recalled telling him. “I’m watching my children.”

For Slaughter, it all comes back to changing the conversation about caregiving and competition, which means asking the right questions—of ourselves, our employers, and our families and life partners. Asking prospective mates, “Will you support my career?” isn’t the best question, “because the answer to that question is yes,” Slaughter pointed out. “The right question is: If I get promoted, will you move for me? If I get a promotion, will you defer your promotion to be lead parent?” To her mind, couples need to be asking each other whether, at some point, either would be willing to “think about a different career” or take on more flexible work. “Those are the real questions because that’s ultimately what happens to women,” she said. For either member of a couple to take on the kind of job where constant travel and availability is required, “somebody has to support somebody else’s career and the default is the woman and that is why we are not seeing the kind of advances we should be seeing.”

For now, Slaughter said, the aim should be to fight for more than a “half-revolution” when it comes to gender equality. “If boys can assume their wives are going to earn an income, then girls can assume their husbands are going to be equal caregivers.” But it’s not going to happen by itself, she emphasized. “I worry that if we don’t break this [conversation] open much more publicly and directly, the [old gender] norms will reassert themselves.”

Slaughter’s intention in Unfinished Business is to situate what she observes as the current stall in the push for gender equality in a broader context of the universality of some of the causes of that inequality. The elusiveness of equality when it comes to work and family is not a women’s issue, but a “work problem… it’s a men’s problem, and it’s a national problem,” she observed. “I think we need change in the workplace, we really need to change the options open to men, and we need to collectively change our culture.” A man’s work is never done, either. Not until the business of equality—true equality not only between men and women, but also between the valuation of work and care—is finished.