We May Not Know When Automation Will Take Over, but the Anxiety Is Already Here 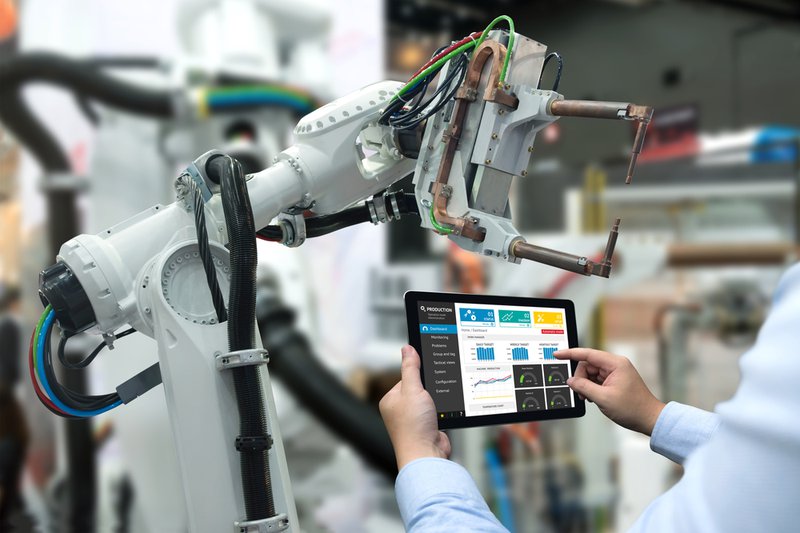 In an interview last year, Treasury Secretary Steven Munchin told Axios that job automation was “not even on our radar screen,” citing that the risk was still “50-100 more years away.” But even if an employment apocalypse doesn’t come to pass, fear of an automated future may be making Americans sicker today, according to a study published recently in the journal of Social Science and Medicine that shows a correlation between automation risk and worsened physical and mental health at the county level.

The researchers, who are from Ball State University and Villanova University, used a regression analysis of county-level data about health and the share of total jobs at risk of automation. They calculated the second data set by matching county-level employment data with the risk levels calculated in a frequently cited 2013 Oxford University study that suggested almost 50 percent of jobs could be at risk of automation by 2033. The new findings suggest that workers in counties facing higher levels of automation risk reported more frequent levels of physical and mental distress, as self-reported using a rubric provided by the County Health Rankings. The counties predicted to be most affected by automation also appeared lower in a broader health ranking, which was based on factors including lifespan, access to care, and alcohol and drug use.
These changes in health, the study concludes, could increase costs for health providers by millions of dollars, including up to $47 million due to the stress of total jobs at risk alone.

Predicting the risk of automation is tricky, and it’s possible that the Oxford study overestimated it. When it was published in 2013, it was met with a significant level of skepticism, and much of the criticism pointed to the fact that the study didn’t account for job creation as a result of automation. Other research has offered different levels of severity and different timelines for when these things might happen. A 2017 Gartner analysis, for example, says that by 2020, A.I. will have eliminated 1.8 million jobs, though it also predicts the technology will lead to the creation of 2.3 million new jobs in the same time frame. An April report from the Organization for Economic Co-operation and Development puts levels of automation for jobs in the U.S. at closer to 10 percent over the next 10 years. Even in a 2017 report on the vulnerability of American communities to automation, the Ball State researchers behind the new study note that “much that is unknown about the potential distributional impacts should automation or offshoring job losses continue at their recent pace or accelerate in years to come.”

It’s also important to note that studying the effects of the risk of automation isn’t the same thing as predicting actual job loss. It may be that the mere fear of having automation—encouraged by the parade of headlines foretelling employment doom—take your job is enough to create big consequences for workers’ health.

The researchers behind the new paper tell Slate that it’s less about when, exactly, these jobs might disappear, but the uncertainty the situation brings. A 2016 Pew study found that two-thirds of Americans expect that “robots and computers” will take over “much of the work done by humans.” Perhaps surprisingly, only 18 percent of the 2,001 respondents thought that automation would replace their own jobs. But people from households with incomes lower than $30,000 were 10 percentage points more likely to think their jobs would be automated, something that lines up with the increased risk of automation for lower-income workers pointed out by Ball State’s 2017 report.

There’s even a chance that all the media buzz around the issue might be making the kind of health effects the Ball State researchers are trying to learn more about worse. Essentially, as word gets around, workers in repetitive jobs know that they’re at risk of automation, and the resulting stress can bleed over into family and community life, says Emily J. Wornell, a research assistant professor with Ball State’s Indiana Communities Institute.

This isn’t the first time researchers have linked prospective unemployment to negative health outcomes, says Sarah Burgard, an associate professor of sociology and epidemiology at University of Michigan. Burgard herself co-authored a 2009 study (which the Ball State researchers cited) that found the fear of unemployment could possibly result in worse health outcomes than actual unemployment. There’s a long line of research that backs up this theory, and Burgard pointed all way back to a 1932 study by Austrian researchers who investigated the psychological impact of a factory shutdown in a small town and the town’s subsequent demise.

The stresses of job loss might be an old story, but American workers also have to deal with other complicating factors that could exacerbate their worries. The unemployment rate is currently holding at a 17-year low of 4.1 percent, according to the most recent Bureau of Labor Statistics report, but wage growth has been stagnant since the ’70s—while the costs of living rise. The impact of job loss, as Wornell points out, is often compounded by other, related destabilizing factors like the loss of health insurance. Regardless of which factors are making Americans more stressed, one of the biggest questions about the future of American work is how current safety nets will keep up with the strain. “This is the worst place in the world for [automation] to happen to you,” Burgard said. “A lot of our benefits are employer-provided.”

More precise data at the individual level would allow researchers to draw stronger conclusions about how the risk of automation is impacting workers’ health. That data can be hard to come by, especially in the United States. But what research like the new paper can tell us is that policymakers, not just industry leaders, need to be paying attention to the potential societal consequences of automation, or at least the fear of it. Preparing workers for an automated future isn’t just about training them for new jobs, it’s about making sure there are strong enough public services and to help people understand, process, and prepare for what’s happening. It might go a long way toward mitigating potential public health consequences.