The U.S. Is Finally Getting a System to Warn When an Earthquake Is Coming 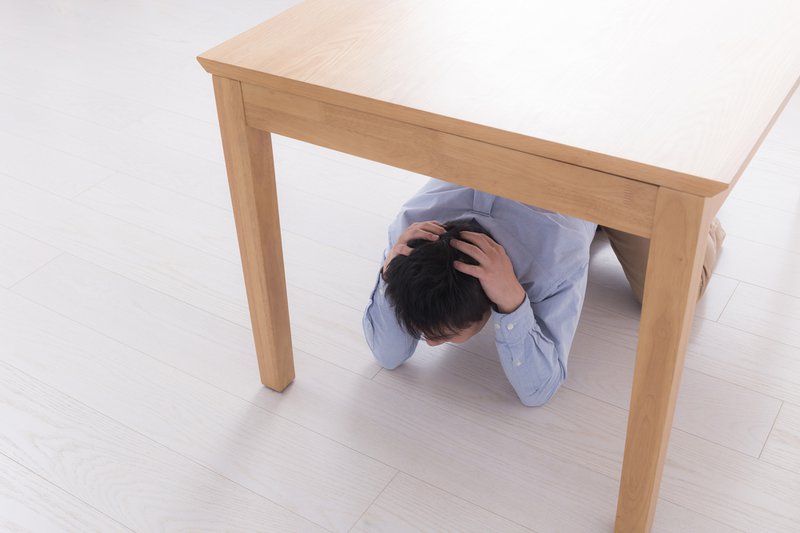 Having grown up in Southern California, I’m well-versed in the telltale signs of an advancing earthquake: light fixtures starting to swing, the slight rumbling of furniture, the creaking of walls and door frames. Every year in school, in alternating months, we would run through reacting to an earthquake—learning how to get under our desks to duck, cover, and hold on. So I know what to do when the ground starts shaking. For me, the most nerve-wracking thing about an earthquake at this point is not knowing when one is coming.

Although there still is no way to predict a quake before it occurs, seismometers have gotten sensitive enough to detect one as it’s beginning, before the ceiling fan starts to sway. Countries sitting on some of the most earthquake-prone and dangerous faults on Earth have been using this technology to build early warning systems to alert residents as soon as possible—Mexico first implemented its system in the early 1990s, and Japan launched its own in 2007. These governments were prompted to act urgently after devastating quakes that hit their metropolitan areas—Mexico City in 1985, and Kobe in 1995, respectively—and left thousands dead.

The U.S. has taken longer because it has wanted to build a more robust system, but it’s now nearly ready for prime time. The U.S. Geological Survey is currently in stage one of its public rollout of ShakeAlert, an early earthquake warning system for California, Oregon, and Washington (the states most prone to quakes). ShakeAlert has been in the works since 2006, and it’s taken a while to implement partly because of a deficit of federal funding over the years, says Robert-Michael de Groot, a staff scientist at USGS. Even in places that already have alerts, they’re far from perfect. When an 8.2 magnitude quake hit off the southern coast of Mexico on Sept. 7, Mexico City residents got almost two minutes of warning. But when a 7.1 quake hit close to the much more highly populated Mexico City area on Sept. 19, residents didn’t receive the warning before the powerful shakes began.

ShakeAlert is divided into two parts. There’s the technical and scientific fragment, led by the USGS, which uses the nearly 860 seismometers all along the West Coast faults to detect earthquakes as they’re occurring.

Earthquakes happen when the earth is trying to release excess energy, which it can do by sending out waves through its faults. The first wave is a sound wave–like primary wave, or P-wave, moving at about four miles per second. These are followed by one or more secondary waves, or S-waves—the more dangerous ones that cause shaking—at about two miles per second.

When a seismometer detects the P-wave hitting the Earth’s surface, it sends this data to ShakeAlert’s three processing centers, which then use algorithms to generate alerts. The algorithms decide the threshold at which an alert needs to be sent. There are few factors, but for the most part, nothing under a 4.5 magnitude quake would induce an alert, because quakes smaller than that usually don’t cause much damage.

Then ShakeAlert is ready to hand off its information to federal and private partners for distribution to the two types of end users: systems operators and individuals. The systems notifications go out to things like schools, hospitals, transportation, and utilities, and they automatically prompt alarms to sound, valves to close, firehouse doors to open, trains to slow and stop, and so on. Some private companies began implementation a few years ago, and USGS is going to be testing its own messaging this year.

Warning individuals is a bit trickier than alerting systems, though. De Groot says ShakeAlert is working with a number of mass distribution groups to get the messages out to as many eyes as possible, through federally regulated emergency systems, wireless networks, and TV and radio stations. They’re also partnering with private companies that can send out emails or mobile notifications.

Early Warning Labs, based in Santa Monica, California, is one such partner. The tech firm currently works on the systems processes side of alerting, but it’s also set to release its smartphone application QuakeAlert this summer. The app takes the data sent out by ShakeAlert and sends out an initial audible alert over users’ phones, along with a text notification with information on the estimated strength of the shaking and how soon the user might feel it. Users can then open the app (presumably after they’re ducked and covered) to track updated information on the expected arrival time and intensity of the shaking, where the earthquake is centered, and any further safety instructions. The lag time between P-wave and mobile notification depends a lot on location, but Early Warning Labs is aiming for anywhere between 10–30 seconds, with a 90-second warning being ideal.

Some users had their first look at QuakeAlert’s capabilities when a 5.3 quake hit off the coast outside of Los Angeles on April 5.

But Early Warnings Lab founder Joshua Bashioum himself encountered one of the many issues with emergency alerting: When the quake hit earlier this month, his phone had been turned off, so he didn’t receive the notification from QuakeAlert. “There’s a lot of inherent problems with mobile alerting,” Bashioum says, including “bottlenecks with personal notifications, people moving and not changing their location settings, or not having location services on.” And, as he witnessed, people might not hear or see the notifications if their phones are off or silent.

“The really big challenge at this point is the delivery of those messages once they’re generated,” says the USGS’s de Groot. After all, “earthquake early warning is outrunning the earthquake,” says Bashioum, and earthquakes move fast. The Los Angeles–area quake started at about 10 miles beneath the surface and only took about one second before shaking began. QuakeAlert’s notifications seem to have gone out to people with sufficient time, about 30 seconds, but that’s primarily because the epicenter was far off the coast. If the quake had hit a more highly populated area—as in the case of the Sept. 19 Mexico City–area one—the notifications would probably have come too late, too.

“There is currently no technology that we have through any delivery method that will get the alerts to us at the rate that we want them to get to us,” de Groot says. That’s largely because none of these existing systems were built for speed. Rather, the USGS is more concerned with making sure the information they’re sending out for alerts is accurate and reliable.

“It’s not that the system’s not ready, it’s that we need to be careful and make sure people understand what they need to do,” Bashioum says.

The USGS knows how valuable this messaging can be for residents in earthquake areas. The agency plans to double its seismometer network by the end of the year and then to continue on refining its algorithms and getting the word out on ShakeAlert, thanks to the new funding its received. “We are working as quickly as we can on this,” says de Groot. “For me, it would be a big letdown if the big earthquake happened and our system wasn’t completely built out. It’s a race against time, but we don’t want to race so quickly that we make mistakes along the way.”

So in the meantime, keep your eyes on the light fixtures and make sure you know how to duck, cover, and hold on. And maybe keep your phone on, just in case.