Uber, Here’s How You Can Really Arrive 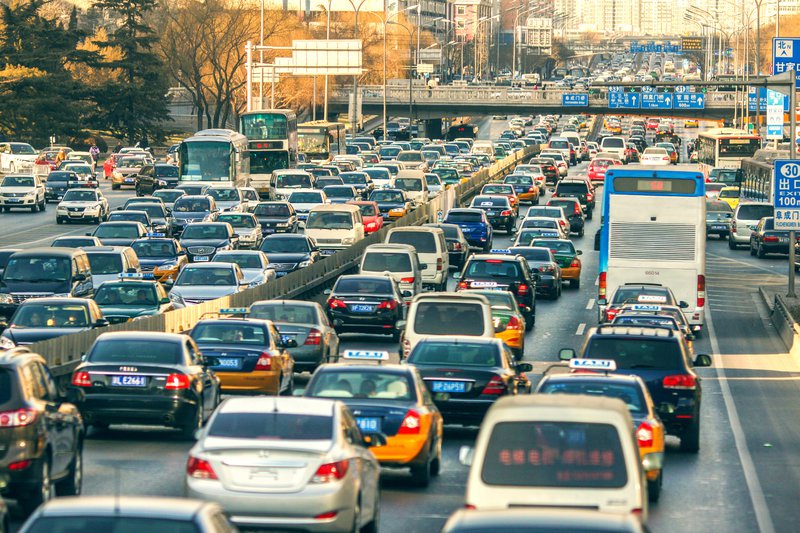 In my early 20s, and at one of my first jobs, I was sexually harassed by my boss. Like Susan Fowler, the former Uber engineer who recounted her experience in her personal blog, HR told me they could only give him a slap on the wrist since it was his first reported offense. He had both formal and informal power in the organization; he was a high performer and very creative. At the time, I could see only one option to maintain my reputation and keep my job: continue to endure his manipulative antics. That decision sapped my energy and slashed my productivity. The more I allowed him to devalue and objectify me, the less creative and consistent my work became. I began searching for another job.

I couldn’t avoid sexual commentary and lecherous glances at my next job, either—though this time it was never from my managers, but rather from male colleagues who’d raked in funding and were similarly untouchable. What I’ve learned since then—and what is backed up by data—is that sexual harassment is pervasive across industries, cultures, and countries.

At Uber, and at so many tech companies, we see a microcosm of a larger culture that doesn’t seem to “get” that sexual harassment is harmful—not just for women, but for the stability and prosperity of businesses and countries. Beyond being dehumanizing and corrosive, research shows that it is bad for business by reducing productivity, increasing absenteeism, and making it harder for companies to attract talent. What’s more, we know that diversity is better for business—leading to smarter and more sustainable decisions, more innovation, and bigger bottom lines. And yet—harassment persists in part because of powerful social norms that exist both inside and outside of companies—norms that mark the behavior as acceptable and sometimes even implicitly reward it.

The question, then, is how do we change those norms so that sexual harassment, in any form, becomes reflexively condemned and questioned?

Changing cultural norms isn’t easy. But for decades, behavioral economists and social psychologists have experimented—sometimes successfully—with rewriting the seemingly entrenched rules that govern behavior (New America’s Better Life Lab, in partnership with Ideas42 and the Robert Wood Johnson Foundation, are currently doing research on this very subject). Experts tell me there are lessons from this trove of research that we can translate into a blueprint for tech companies (and other businesses) to make key cultural shifts.

The first step: Measure and map the culture that birthed these destructive norms. To take a culture’s pulse, behavioral economist Iris Bohnet recommends that companies create a survey that can start to quantify and locate the biggest issues in the organization. Such a survey could ask: Is this the type of workplace where people are frequently interrupted? Is everyone given credit for their work here? Do both men and women have equal opportunities to be promoted? A well-designed survey would serve as a kind of heat map of the places, departments, and teams that suffer from particular forms of bias, Bohnet says. These results could also create a baseline, helping them track progress over time.

Sapna Cheryan, an associate psychology professor at the University of Washington, is going a step further than a survey. Cheryan is currently developing a tool that tech companies can use to measure if their culture is biased—meaning that it’s causing different outcomes and experiences for women and men. Her tool is a response to what she sees as a gap in the tech industry’s response to the gender diversity problem, a response which “has largely been focused on equipping women with tools they need to survive in male-dominated workplaces and educating people about bias,” Cheryan says. “What’s missing is a cultural approach: In what ways can your culture be biased even if individuals are doing the right things?” A company may still reward certain values—aggression, assertiveness, self-promotion, interruption—which can create an environment that’s hostile to women or other groups.

Once a company has a better sense of where biases, harassment, and discrimination exist, it can start to motivate behavior change with interventions that have four essential characteristics: they must be easy, attractive, social and timely, explains Bohnet, borrowing an acronym, EAST, from the Behavioral Insights Team in the United Kingdom. Easy means that the organization has to create tools or reminders that help people translate a code of conduct, or the desired behaviors, into action.

It goes without saying that successfully shifting social norms ought to have a social dimension: We learn how to behave from those around us—particularly people in power —so it’s essential that an office encourage leaders to model good behavior. “You can’t have a CEO who is groping women or making harassing comments,” explains Alana Conner, Executive Director of Stanford SPARQ: Social Psychological Answers to Real-world Questions. “In laboratory studies, people do what their leaders do—they’re obedient and conforming.”

Social can also mean environmental, Conner and Bohnet explain. That means asking: Is the ambiance in a particular workplace welcoming to all people? Sapna Cheryan’s  research shows that seemingly small environmental details (e.g., Star Trek posters in the employee lounge, photos of only men on the walls, unhealthy snacks, and chilly temperatures) can make a big difference in making people feel like they belong in a company.

Finally, any intervention has to be attached to a timeline and measurable goals. If you want to create a work environment where more women feel like they belong—and fewer are being harassed—what does that mean by the numbers? More women being promoted to senior leadership? Fewer women reporting that they’re interrupted in meetings? Fewer women reporting cases of sexual assault? Companies need to plan check-ins throughout the year to be able to track progress and measure whether people are reporting a more equitable environment.

But critically, there’s a communications art to the way that all of these behavior changing ideas are introduced. “It’s a bit of a catch-22,” Conner says. “You have to raise people’s awareness of what harassment is and its effects on people without actually casting that information as a norm.”

That’s because problematic behavior can flow from people thinking that everyone else is doing something when, in fact, everyone else is not doing that thing (or thinking it). The fancy word for this is pluralistic ignorance, and it can play a large role in crystallizing social norms. People in a certain population—say, men on a college campus - might tend to overestimate how many people behave in a certain way (for instance, binge drink) and underestimate how many people don’t. Part of shifting behavior can mean bringing these misperceptions to light—showing quantitatively (sometimes through surveys) just how many people actually feel uncomfortable with certain behaviors. The more people realize that a particular behavior is uncommon, the more likely it is they’ll stop doing it—or never start in the first place.

In other words, tech companies may encourage better behavior not by focusing on the bad apples, but by emphasizing that most people treat women well here—or, excavating the pockets of good behavior and role models to make it seem like everyone else is behaving well—and ideally sparking that all-powerful desire to be part of the herd. For instance, the UK government increased the number of women on corporate boards not by focusing on the dearth of female board members, but on the number of companies that already had women on boards. The goal is to avoid a message that focuses only on the lack of women, “because maybe that becomes a justification for not having them,” Bohnet points out. Rather, messages that emphasize the adoption of better behaviors can “create a movement where everyone wants to be like the role models.”

Emphasizing the positive can also mean telling people what they gain with more diversity, rather than what they lose without it. Research shows that so-called “gain-framing” is a more effective behavioral change agent than “loss-framing,” or telling someone, “if you don’t do this, you’ll lose this.” Companies’ takeaway mindset should be: If we can make women and other minority groups feel like they belong here, we’ll be a more innovative, sustainable, and successful company in the long-term.

For Uber, this is the moment to pivot—to do something radically different than what it and other companies have done in the aftermath of allegations and scandal. It has an opportunity here to take another route—one that may be slower initially, but that will navigate it to a much more sustainable destination.

Will it take it?