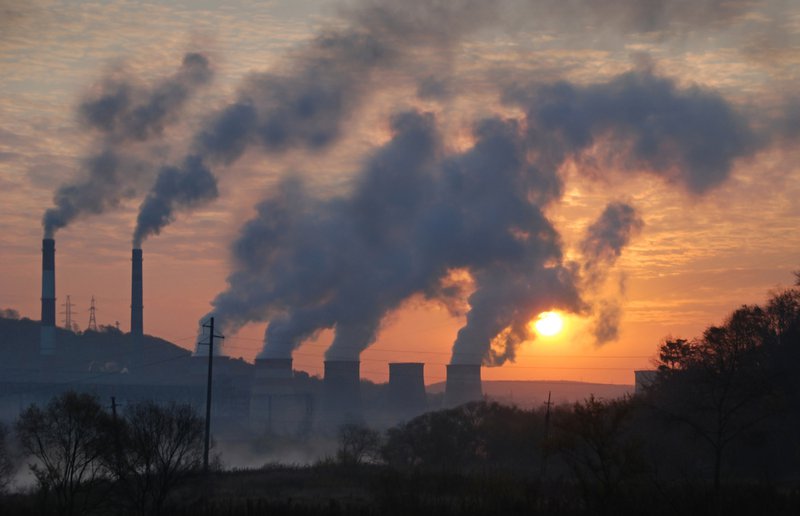 Late last year, the U.N. released its climate report telling the world that a global climate crisis is all but inevitable, findings echoed in the U.S. government’s own National Climate Assessment. President Donald Trump’s response? “I don’t believe it.” (He went on to state that the United States is “at the cleanest we’ve ever been” and placed the burden of climate mitigation on Asian countries, including China and Japan.) Indeed, despite overwhelming scientific evidence supporting the fact that man-made climate change has caused or exacerbated severe weather events such as the recent California wildfires and Hurricanes Michael and Florence, the Trump administration continues to operate as if the threat of global warming is a figment of his opponents’ imaginations.

Perhaps more alarming than his denial and inaction, Trump has, in key ways, staged an outright attack on the environment, issuing a barrage of policies that jeopardize the health and safety of the planet. Below are some of the key environmental issues to watch as Trump finishes his second year in office.

A policy priority for the Trump administration has been blocking research on the environment, reducing reporting and review requirements, and limiting the use of research in government decision-making. In April, the EPA announced its “Strengthening Transparency in Regulatory Science” rule, a new regulation that would allow it to only generate policy based on studies that make all underlying data publicly available. And yet, this regulation, while masquerading as a move toward transparency, is intended to drastically limit the information that the EPA is able to collect and use, because much of its research utilizes confidential health data that can’t be disclosed publicly. Under the new regulation, studies that link human disease to environmental toxins, for example, won’t be eligible for the EPA’s consideration in its policy making. The rule received over 600,000 remarks during its public comment period and has been moved to “long-term” goal status on the administration’s regulatory agenda, with Bloomberg predicting it may be two years before its implementation.

While the administration has been waylaid on its “Strengthening Transparency in Regulatory Science Rule,” it has found success in limiting data collection elsewhere. In May, the Department of Transportation overturned its carbon emissions rule that required state and regional transportation agencies to set targets to reduce the carbon impact of their policies and track progress toward those goals. It has also amended its rule for how refineries monitor cancer-causing pollution in communities.

The administration has also narrowed the scope of how the EPA regulates potentially toxic chemicals. Instead of considering how these chemicals affect the air, ground, or water, the Trump administration has mandated that the EPA only evaluate chemicals for harm through direct contact. As the New York Times explains, “The approach means that the improper disposal of chemicals—leading to the contamination of drinking water, for instance—will often not be a factor in deciding whether to restrict or ban them.”

Trump has continued his prioritization of corporations over American citizens. Early in 2018, the Environmental Protection Agency (EPA), then under the direction of climate change-denier Scott Pruitt, reinterpreted its reading of Section 112 of the Clean Air Act. Section 112 required the EPA to regulate 189 air toxins that cause health problems such as cancer and birth defects. Chemical plants and factories that are classified as “major” sources of pollutants are required to use “maximum achievable control technology” to curtail their emissions. Previously, the EPA operated under a “once in, always in” policy, meaning that once a company emitted pollutants above the threshold for a major source, it would always be required to use maximum achievable control technology. The Trump administration’s reinterpretation, however, removes this policy, thus allowing companies to abandon the sometimes-costly technologies used to curb emissions and backslide on their progress. This will undoubtedly result in more toxic chemicals in the air, saving corporations money at the expense of citizens’ health.

In September, Trump reversed the “Methane and Waste Prevention Rule” that was set in 2016 and undergoing phased implementation. The rule, which the Trump administration decried as burdensome regulation, aimed to reduce wasteful flaring and natural gas leaks during oil and natural gas production on federal and tribal lands. This regulation was not only expected to cut methane emissions by 35 percent, but also to save taxpayers and tribes up to $330 million per year in tax revenue lost through the wasteful methane production practices it attempts to prevent. Instead of generating tax revenue, Trump’s repeal will save the oil industry an estimated $734 million to $1 billion in unrealized compliance costs over ten years.

Trump has foiled environmental progress in virtually every area, causing damage to the air, land, and sea. Early this year, he proposed opening nearly all offshore water to drilling. Coastal states are fighting back, with Attorneys General representing Connecticut, Delaware, Maine, Maryland, Massachusetts, New York, New Jersey, North Carolina, South Carolina, and Virginia launching a joint lawsuit seeking to halt exploration permitting for natural gas and oil along their shores. Trump also continues to exploit the Gulf Coast. Last year, his administration reduced the royalty payments required on new drilling leases on the continental shelf, providing citizens with lower returns in exchange for environmental degradation. This year, he has overturned safety measures introduced following the deadly 2010 Deepwater Horizon oil spill and has removed regulations requiring that oil companies prove they are capable of financing removal of rigs once they are defunct. By not having to provide bonds or assurances that they will remove their obsolete rigs, oil companies will save “hundreds of millions of dollars” and likely pass the cost of rig removal on to taxpayers.

Endangered species have similarly become targets in the Trump administration’s oil-fueled grabs at drilling and mining rights throughout the West. The Department of the Interior under the leadership of departing Secretary Ryan Zinke began rolling back Obama-era protections of the Greater Sage-Grouse, a declining ground-nesting bird species whose protection has generated much debate and negotiation for decades. Despite vast habitat reductions, sage-grouse territory still spans 10 western states spotted by active and potential oil and gas plays. After years of negotiations with ranchers, conservationists, sportsmen, and extractives industries, as well as federal, state, local, and tribal governments, the Obama administration recommended in 2015 that the bird be kept off the endangered species list and instead released a series of tiered, state-specific management plans to both protect the bird and limit regulatory burden on ranchers and farmers. The DOI now plans to amend these management plans, undoing what is recognized as a prime example of collaborative conservation and opening more than 9 million acres of protected lands to additional gas and mining development.

Trump made headlines last December with his decision to drastically reduce the size of Bears Ears and Grand Staircase-Escalante National Monuments. Despite the administration’s claims that their intent wasn’t to open the land to drilling and mining, the New York Times reports that 300 uranium mining claims were filed with the Utah Bureau of Land Management by January 2018. The administration’s actions not only open roughly 2 million acres to coal and oil development, but are also an assault on Native American history and culture and a threat to hundreds of bee species, many of which are already on the decline.

2018 marked the 100-year anniversary of the Migratory Bird Treaty Act (MBTA), a law that has been leveraged to penalize preventable harm to birds resulting from a variety of industrial practices. The law most notably showed its teeth following the Deepwater Horizon oil spill in 2010, when it was used to fine British Petroleum $100 million for bird conservation and cleanup efforts. In April, Trump’s DOI declared, “The take [killing] of birds resulting from an activity is not prohibited by the Migratory Bird Treaty Act when the underlying purpose of that activity is not to take birds.” By legalizing harm to protected species, the Trump administration is allowing industries, particularly energy developers, to skirt commonplace measures that limit the threats of their infrastructure to susceptible bird species. The implications of the MBTA rollback are important considering the vast areas of land and ocean being opened to drilling under the current administration, as the law can no longer be used as an enforcement agent even after a catastrophic spill like Deepwater Horizon.

On top of attacking protections for individual species of concern, including the grizzly bear, sea turtles, and gray wolves, Trump is attempting systemic changes to the Endangered Species Act, the law that protects species from extinction as a result of anthropogenic development and economic growth. These changes will reduce protections for threatened and endangered species, making approval for construction projects, including roads and pipelines, more attainable. The result will be a more straightforward path to future extractive projects, including expansive drilling in the Arctic National Wildlife Refuge.

Ignoring a Clear Call to Action

The only thing potentially more dangerous than Trump’s action is his inaction, as the impacts of climate change become more readily apparent. The United States saw some of its most expensive natural disasters in 2018, including the California Wildfires and Hurricanes Michael and Florence, the prevalence and severity of which have been linked to global warming. Combined weather-related disaster costs are likely to top $155 billion for the year. According to an October report from the U.N.’s Intergovernmental Panel on Climate Change (IPCC), the planet is likely to warm at least 1.5°C above pre-industrial levels between 2030 and 2052 if it continues to rise at current rates. While the report presents a best-case-scenario outlook on climate change, it still outlines the potential for a worldwide climate crisis by 2040. The IPCC asserts that limiting warming to only 1.5°C would require humanity to completely transition from fossil fuel use within the next couple decades. This represents an economic transition so drastic that the panel suggests that there are “no documented historic precedents.”

Rather than seriously considering the findings of his own nonpartisan climate advisors, Trump has continued to minimize the threat of global warming, promote suspicions that climate change is a hoax perpetrated by foreign states in an attempt to take advantage of the United States, and prioritize the economic interests of corporations.

The state of the environment is dire. Only with immediate, drastic action and pan-national cooperation will humanity avoid climate catastrophe. It’s no longer enough to rely solely on a collection of environmentally-minded individuals to recycle, avoid red meat, and reject straws. Instead, whole institutions and governments must fully divest from fossil fuels and become better stewards of land, water, and natural resources on a global scale.

During his first two years in office, Trump has proven unwilling to treat global warming as a threat to U.S. national security and public safety. Instead, he has actively manipulated the climate change narrative, obfuscated facts, and blocked advances in climate science for his own personal gain and the benefit of corporate interests.

Luckily, since retaking the house, the Democrat party has proven itself far more capable of making serious advancements in the fight against environmental degradation. Even prior to her swearing in, now-Representative Ocasio-Cortez proposed and gained massive support for a bold, albeit nebulous, Green New Deal. On retaking the gavel, Speaker of the House Pelosi stated, “the entire Congress must work to put an end to the inaction and denial of science that threatens the planet and the future.” The Democrats have shown interest in big environmental ideas and movement. Although the scale of action needed to adequately combat climate change will require sweeping bipartisan support, Democratic control of the House will hopefully prevent the Trump administration from causing further irreparable harm.