Trump and the Deadly Politics of Denial 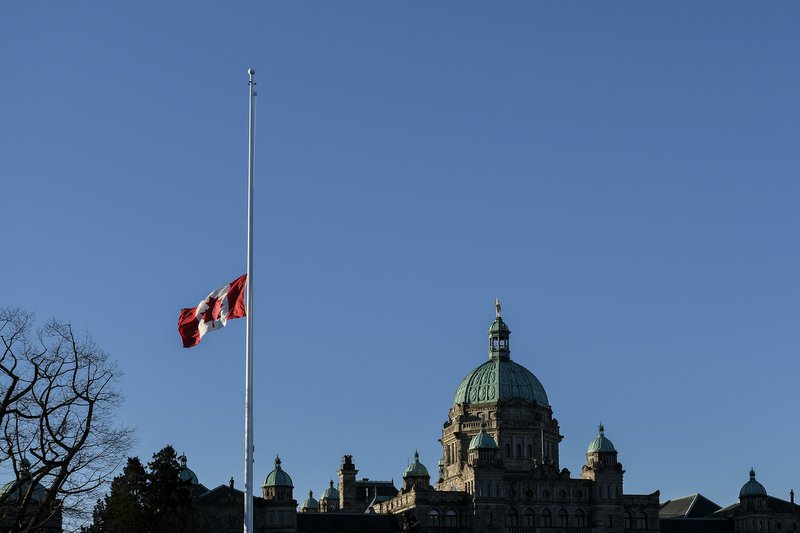 In the aftermath of the deadly mosque attack in Quebec City, Canada’s American neighbors should ask themselves one question: How is the Trump administration responding to this sort of threat?

The short answer: mainly by denying that it even exists.

But first, let’s define the threat. Alexandre Bissonnette, the 27-year-old Canadian student accused of killing six people and wounding eight others in the attack, was a supporter of far right causes and frequently espoused anti-immigrant, anti-refugee, and anti-Muslim views. Canadian Prime Minister Justin Trudeau called the incident a “terrorist attack on Muslims,” telling Canada’s Muslim community, “We are with you.”

In contrast, Trump’s family and even his closest advisers have downplayed and denied the existence of a far-right threat, reacting instead with inflammatory comments.

Take Donald Trump Jr. After the attack in Quebec, he retweeted an incorrect report that the attacker was of Moroccan origin. He also “favorited” a tweet reading: “When it’s revealed that the #QuebecShooting terrorists are Muslims, #Trump will have a tremendous spike in political capital. #MuslimBan.”

More worryingly, this is consistent with the behavior of Trump’s key advisers. In April 2016, Stephen Bannon, Trump’s chief strategist, hosted a segment on conservative media outlet Breitbart News Daily that mocked a Department of Homeland Security staffer who warned of the threat from right-wing terrorism. The guest doing the mocking was Sebastian Gorka, who acted as a paid adviser to Trump during the campaign and who recently joined the White House staff as part of Bannon’s Strategic Initiatives Group, through which Bannon is carving out a new source of influence.

Yet this wasn’t a one-off. To the contrary, Bannon has a thorny history of enabling inflammatory reactions to right-wing terrorist attacks on minority houses of worship.

After Dylann Roof’s white supremacist attack on a black church in Charleston, South Carolina left nine black Americans dead, pressure mounted for South Carolina to remove the Confederate flag from the State House. Breitbart News, then under the editorship of Bannon, kicked back. In a piece titled “Hoist it high and proud: The Confederate flag proclaims a glorious heritage,” the author, Gerald Warner, responded to calls for the removal of the symbol that Roof embraced by writing, “Every tree, every rooftop, every picket fence, every telegraph pole in the South should be festooned with the Confederate battle flag.”

But it’s not just pre-inaugural history. After the attack in Quebec, Reuters reported that the Trump Administration plans to rename the Department of Homeland Security’s (DHS) Countering Violent Extremism program to focus only on Islamist extremism.

If it follows through, the decision could result in the denial of grants awarded at the end of the Obama Administration to organizations working on countering various forms of violent extremism.

Already multiple groups have backed out of receiving hundreds of thousands of dollars in awarded grants, citing the political atmosphere created by Donald Trump and his advisers as the reason.

Destroying relationships in this way works against the tenets of good policy on preventing and building resilience to terrorist attacks.

In the wake of an attack, involving affected local communities is essential, according to interviews conducted by New America with city officials, journalists, and others in a position of responsibility during the 2016 attack on Pulse nightclub in Orlando, Florida, by Omar Mateen, who pledged allegiance to ISIS.

After the attack in Orlando, and amid fears of retaliatory violence and copycat attacks, one of the key steps Orlando Mayor Buddy Dyer took was to invite Imam Muhammed Musri, the president of the Islamic Society of Florida, to speak at a press conference. As Dyer told New America, “it’s all about relationships.”

This kind of relationship building even extends into the new platforms of social media, where the spread of false or inflammatory information can disrupt law enforcement efforts.

During the Boston Marathon bombing, for instance, online sleuths began an effort to identify the perpetrators that forced investigators to provide information to the media earlier than they planned to in order to avoid a chaotic online witch-hunt.

That was the result of largely anonymous or unknown individuals. If the President’s son, who has reportedly influenced previous policy decisions, were to spread the type of false and inflammatory information he did after the attack in Quebec during an attack inside the United States, it could have a far more disastrous impact.

In fact, it is extremely likely that there will be a deadly far-right terror attack during Trump’s administration.

Since 9/11, far-right extremists have killed 50 people inside the United States, according to research by New America, and since 2012, there have been three deadly attacks on minority religious institutions similar to the one on the mosque in Quebec.

The United States also has foiled numerous plots before they could be carried out.

For example, on October 14, the FBI arrested three Kansas men who had been plotting to bomb a housing complex where members of the local Somali community lived. The plotters were members of a militia group called The Crusaders, and they had conducted surveillance of Muslim communities, stockpiled firearms and explosive materials, and had produced a political manifesto.

At their best, leaders can positively shape the reaction to terror attacks and act to prevent future ones—whether they are far-right or jihadist in their ideological justification.

The Obama Administration understood this. In October 2015, Assistant Attorney General John P. Carlin called the threat from violent far-right extremists a “clear and present danger” and established the new position of the Domestic Terrorism Counsel to coordinate investigations.

The signals coming out of the Trump White House suggest the exact opposite tack. It will neither seek nor be able to build relationships with impacted communities in the aftermath of far-right attacks, which will only hamstring the United States’ ability to prevent future ones.