This Is the Time Vietnam Needs Committed, Ethical Journalists the Most 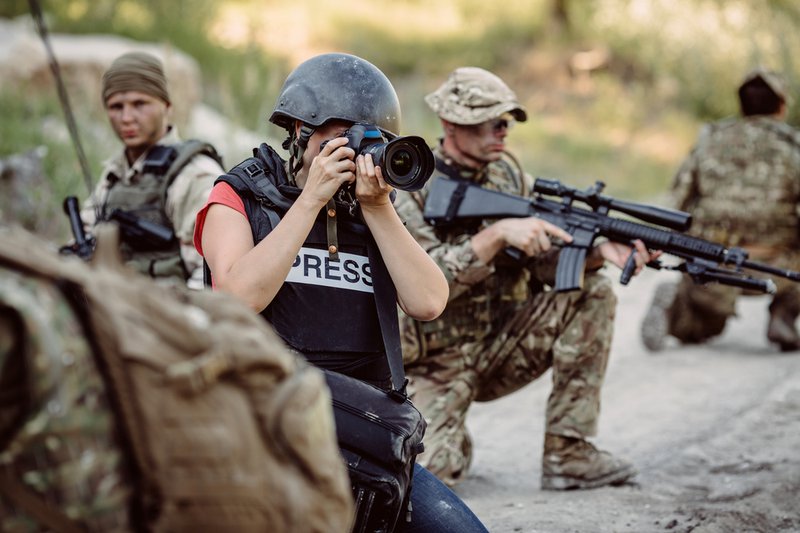 Recently, as on most of my Sunday mornings, I reluctantly woke up to the buzzing of my phone. It was my mom. On the other side of the globe, in Hanoi, it was already Sunday evening. After our usual chit chat about work and weather, she revisited our standing conversation about my future, now that I’m fresh out of college and spending a year working in Washington, D.C.

“So, you’re still applying to graduate school this year, right? To study ... what’d you call it ... investigative journalism?” she said to me in Vietnamese. “Yes, Mom,” I responded, at this point in autopilot mode. Every time she calls, I know exactly why she has to hear me say over and over again that I still want to pursue journalism.

For aspiring writers in Vietnam, now is one of the worst times to become a journalist—our country virtually has no free press. And yet, with each of these conversations with my mom, it becomes increasingly clear that, as dangerous as it is to practice journalism, it’s also detrimental to society as a whole if the public, rather than advocating for journalists, backs away from the conversation.

Freedom of the press and freedom of expression used to be strange concepts to me, at least until I moved to the United States for college and learned about the country’s First Amendment protections. Growing up in Vietnam, I’d gotten used to turning on the TV promptly at 7pm, when my family would crowd around the dinner table and watch the national daily news program together. Little did I know at the time that not only was this the only news channel almost every Viet household was exposed to, but its content was also heavily controlled by the ruling Communist Party.

Indeed, the one-party state has never dared address a dizzying irony: While freedom of the press does “exist” in Article 25 of Vietnam’s Constitution, reality has profoundly proven otherwise. The past several years, in particular, have been terrible for journalists, bloggers, and activists, among others, in Vietnam. Since 2011, the country has imprisoned at least 26 journalists for reasons related to their work, according to reports from Reporters Without Borders. More specifically, citizen journalists are facing relentless accusations from the government for allegedly spreading anti-state propaganda, with many journalists ending up in prison or exiled.

In November 2017, for instance, the government sentenced the blogger Nguyen Van Hoa to seven years in jail for writing about the toxic spill by the Taiwan-owned Formosa Plastics steel plant that devastated Vietnam’s fishing industry in 2016. This past September, Do Cong Duong was sentenced to four years in prison for his reporting on evictions in a local commune of the northern province; he was said to have “disturbed public order,” according to article 331 of Vietnam’s 2015 penal code. And, most recently, Nguyen Ngoc Nhu Quynh, or “Mother Mushroom,” another renowned dissident blogger who received a 10-year sentence last year, arrived in the United States in October, after a surprise release from prison.

In Vietnam, this never-ending news about journalists paying a steep price for doing their jobs isn’t just ramping up safety concerns—it’s also fueling fear and terror that might gradually prohibit aspiring journalists from working in their home country, or worse, might turn into ignorance and withdrawal from the muckraking profession entirely. Put another way, the question my mom repeatedly asks me doesn’t merely voice concern for my personal safety; it also reflects a broader mindset that’s pushing journalists and non-journalists alike away from the field—exactly as the ruling regime wants. (Of course, this isn’t unique to Vietnam. Recent news of the Saudi journalist who was killed in Istanbul and the Bulgarian investigative journalist who was murdered in her home country have sent similar shockwaves throughout the international media.)

While—or perhaps because—I’m sympathetic to the ballooning anxieties around practicing journalism, I’d rather see people working to ensure that there’s a safe and open work environment for its practitioners, not retreating. But how?

Looking ahead, I’d argue that there are several things that can be done to begin correcting the status quo in countries like Vietnam, thereby bolstering people’s support for journalism. For one, given their location on the front lines, media outlets ought to continue covering stories of journalists risking or losing their lives on the job. But this coverage could be improved by refraining from putting the sheer, shocking brutality of events alone in the limelight and, instead, directing readers’ attention to the more structural forces that too often fail to protect journalists in the first place.

On the advocacy side, international media companies, human rights groups, and technology firms ought to be more proactive—and vociferous—when speaking against government-sanctioned restrictions, especially in countries where the press isn’t free. Indeed, it’s not only about the intensity of engagement—it’s also about the frequency of it, as attacks against the press, in many places, rarely stop. Consider that it was only in June that Vietnam’s National Assembly passed new cybersecurity laws, which will further crack down on what’s perceived as anti-government dissent and grant the government more authority to monitor content online.

Coming from a developing country controlled by a single, autocratic party, I’ve gradually re-defined and refined so many of the values I brought with me to the United States. In addition, while it’s been a privilege to have received a U.S. education and learn about how the press functions here, things have, in some ways, turned into a double-edged sword, putting me in a constant state of flux between my home country and another, once-foreign-now-familiar one. Still, I embrace my position, because the more I dwell on the current situation back home with an American perspective, the more confident I become that it’s essential for multiple forces to participate in this fight to protect journalists—and it all starts, I believe, with public attitudes toward journalism. Despite the dangers, we should be encouraging more people to become journalists.

And so, to my mom, I want to pursue this career—because this is the time Vietnam needs committed, ethical journalists the most.