The Time to Build Our Social Infrastructure? Right Now. 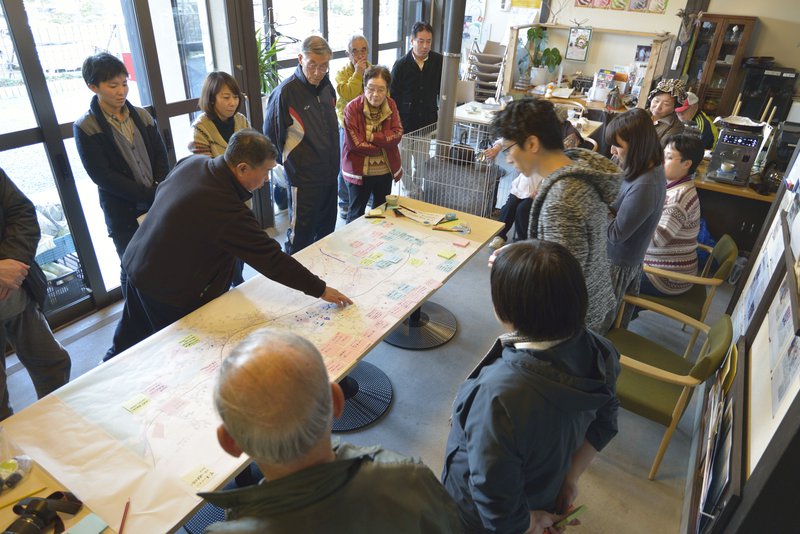 Google “how to prepare for a hurricane” and you’ll pull up resources from FEMA, ready.gov, the National Hurricane Center, and many more. These include a ton of great advice on everything from how to build a disaster supply kit for your household to how to create an emergency plan for your pet.

What there is significantly less of, however, is information on how to work with your neighbors to support each other, share resources, and make sure that elderly neighbors, non-English speakers, people with physical disabilities, and other vulnerable groups are informed and included in community preparedness.

However, as we learn from recent disasters to prevent future catastrophes, it is becoming increasingly clear that perhaps the most important resilience strategy is to build and nurture relationships among neighbors and local institutions. As sociologist Eric Klinenberg pointed out in his 2013 article “Adaptation,” governments and experts tend to focus on “lifeline” infrastructure systems—water, energy, transportation—but not on social infrastructure —the people, places, and organizations that bind together a neighborhood and its residents. But you can’t have community preparedness without the community.

Strategies like mapping out where vulnerable neighbors live and doing “wellness checks” via block clubs, neighborhood organizations, or faith-based institutions are a fundamental part of an evolving methodology of community-based resilience. Since 2011, the federal government has begun to expand its support of this approach, launching community engagement pilot programs in Los Angeles, New York, and Washington DC. Nevertheless, the reality remains that more traditional, engineering-based approaches to shoring up critical infrastructure absorb by far the most preparedness funding.

In one sense, this is understandable: one need only watch one news cycle after a hurricane hits to understand why the government wants to spend money to ensure that there is better physical infrastructure for the next one. But it’s also a symptom of a larger problem, which is that we, as a country, often do not treat our local neighborhoods as communities that require care and attention.

The relative lack of attention to building social infrastructure is clear not just in disaster preparedness, but also in the way that citizens are instructed to prepare for hurricanes or other threats—that is, as individuals or households, not as communities. Worse yet, rather than building relationships among neighbors, much federal investment in risk management in recent years—surveillance systems and security checkpoints, for example—have sown not trust and support but fear and a sense of difference in our communities. As Klinenberg points out in the aforementioned article, “Whether they come from governments or from civil society, the best techniques for safeguarding cities don’t just mitigate disaster damage; they also strengthen the networks that promote health and prosperity during ordinary times.”

And how? One approach is demonstrated by Ibasho, a unique start-up non-profit that is drawing explicitly on the leadership of elders in times of community crisis. Ibasho provides seed support and resources to local organizations that already work with elders, setting up design-build projects in disaster-vulnerable areas including the Philippines, the Tohoku area of Japan, Bhutan, and Nepal. Projects include Ibasho Cafes in Japan and the Philippines, spaces co-designed, built, and maintained by elders—including those with cognitive impairments and other challenges, who are often treated as dependents at best and burdens at worst in our existing preparedness systems.

Ibasho Founder Emi Kiyota (who, in the interest of full disclosure, is a Harvard Loeb Fellow this year along with the author) challenges these prevailing approaches about caring for elders in emergencies, insisting instead that elders are assets to our communities, and that we must learn to value the hard-won knowledge and experience that they can bring to community spaces. “In marginalizing older people, not only do we lose their contributions to our communities, but younger generations lose the positive influence of our elders’ wisdom,” Kiyota says. “The skills that elders have accumulated through their lifelong experience can be particularly valuable when standard systems cease to function due to disruptions caused by natural disasters.”

Ibasho Cafes create space for everyday intergenerational sharing, bringing elders together with children to read, cook, and eat together. Building this way challenges society’s negative perceptions and expectations of the elderly, which include social isolation, a loss of dignity and respect, and a sense of uselessness and irrelevance. Yet the cafes are also designed to function as evacuation centers, integrating traditional equipment that does not require electricity. The cafes can each safely house up to 100 people for at least seven days during an emergency.

The National Institute of Health estimates that the number of elders 65 and older will triple to 1.5 billion by 2050. We can choose to treat that portion of the earth’s population as a burden. Or we can take Ibasho’s approach, which improves community resilience and the ability to withstand shocks by creating a strong informal support system in which elders serve as the catalyst to strengthen bonds among community members of all ages.

The question of community resilience is, of course, larger than this one demographic group. The Centers for Disease Control have created a social vulnerability index naming elders as one of our most vulnerable groups -- but also listing other groups, including people living in poverty and with minimal education, people with disabilities, people in insecure or transitional housing, and non-English speakers.

In working with these groups, a smarter approach to preparedness overall might follow Ibasho’s principle of understanding how to treat people as assets, and its approach of building spaces that reduce social isolation and build spaces that help us bridge differences. It would be great to Google “how to prepare for a crisis” and find a roadmap to building trust and community -- not just for individuals or households, and not just during hurricane season -- but to improve our everyday lives.