There's a Right Order to Saving the World 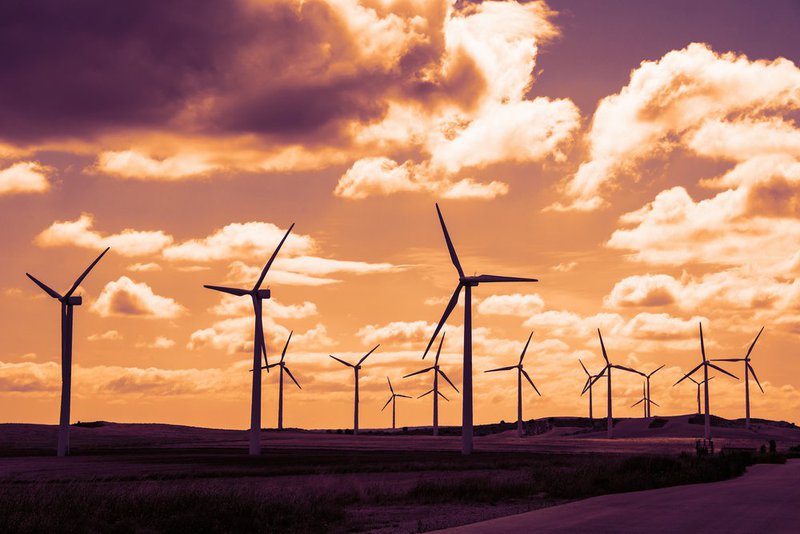 It’s the most ambitious project in the history of humankind. If successful, it would solve many of civilization’s most pressing challenges. But due to a single, fatal defect, it’s poised to fail—catastrophically.

“It” is the United Nations Sustainable Development Goals, and as UN Secretary-General António Guterres recently reported, the efforts to meet the goals are lagging and must pick up the pace to hit the 2030 target. Fortunately, there’s still time to save the project, and it can be done by applying a straightforward fix.

But first, it’s worth slowing down and adding a bit of context to this endeavor. The goals—known as the SDGs—were adopted just two years ago by 193 nations, with the aim to guide global, regional and national efforts to reduce poverty, address climate change, and build inclusive societies. They are, in a sense, the sequel to the blockbuster Millennium Development Goals, which was arguably the most successful anti-poverty initiative in history.

Why are the SDGs stalling? For one, it’s because, in their very conceit, they’re defective. While this list of 17 goals and 169 targets is longer than the U.S. Constitution, it’s not the goals’ breadth, depth, or even ambition slowing us down; it’s the absence of internal logic. The SDGs are a postmodern, deconstructed, Jackson Pollock-version of a to-do list.

The reason for this is simple. The UN reacted to legitimate critiques of the original Millennium Development Goals—that the goals were conceived by a too-small group with “relative casualness,” with insufficient input from the public, and from developing countries. Thus, the successor SDGs were informed, in contrast, by years of meetings, consultations, stakeholder forums, online input, and door-to-door surveys.

That was undoubtedly wise. But the UN stopped there, with an indiscriminate list of objectives. Virtually every perspective is reflected and no perspective is subordinated. The pithiest analysis came from an executive at the Bill & Melinda Gates Foundation: “No targets left behind.”

What’s more, the cost of being all things to all people could be extraordinarily high. The price tag for hitting all 169 targets has been estimated at $45 trillion. But without clearer direction, a lot of international aid, international development, philanthropy, and impact investing will be spent inefficiently and, ultimately, wasted—to say nothing of the lives we’ll fail to save or improve.

The kneejerk response, perhaps, is to impose priorities on the SDGS, and some organizations are indeed trying to do just that. Groups that work on sustainability, hunger, or child mortality, for instance, argue—not surprisingly—that we should focus our work first on sustainability, hunger, or child mortality. Meanwhile, the Copenhagen Consensus, a highly regarded collection of economists, contends that we should prioritize targets that promise the best return on our financial investment.

But this is wrong. The SDG targets are our priorities. The question isn’t which targets should be hit, but how we might effectively hit them all.

Consider a building construction site. There are dozens of subcontractors, each with responsibility for a different element of the whole. There’s no use in debating whether the walls are a higher priority than the roof, whether the plumbing is more important than the electrical wiring, or whether the most cost-effective elements of the building should be constructed first.

The problem is simply that there’s no construction schedule. We don’t know the first step that will facilitate the second step, which will facilitate the third step, and so on. There are millions of subcontractors on site hammering, soldering beams, and pouring concrete—with the noblest of intentions—without regard for the whole building and with virtually no awareness of how their work relates to their colleagues’ efforts.

That’s why the SDGs are behind schedule.

As a result, we—New America and the OECD—set out to solve this problem. We surveyed 85 developmental economists, political scientists, and social scientists around the world, asking them to put a cleaned-up list of 117 targets in the right order.

Here are the first 10 steps, in order, for achieving the SDGs, per the experts: 1) promote the rule of law and access to justice; 2) eliminate the most extreme poverty; 3) ensure access to safe, effective and affordable health care, medicine and vaccines; 4) ensure women’s right to economic opportunity, property ownership, and inheritance; 5) ensure government accountability and transparency; 6) ensure all children graduate from primary and secondary school; 7) end discrimination against women and girls; 8) expand access to safe drinking water; 9) promote social, economic, and political inclusion; and 10) end corruption and bribery.

Nothing in these first 10 steps seems out of place. But, surprisingly, targets that garner a lot of attention and a fair amount of funding don’t appear anywhere, even in the first 25 steps: The first target related to climate change is step 26, and the first one related to hunger is step 30. Boosting per capita GDP—the gospel of most Western economies—is step 40. (The complete sequence can be seen here.)

The SDGs have the potential to offer an extraordinary blueprint. Millions of people will work, and trillions of dollars will be spent, to fulfill them. Yet those efforts are doomed to fail without a construction schedule. Two simple changes would go a long way toward solving the crisis of coherence confronting the global goals.

The first change, building on our work, is that every country should reach out across government, civil society, and the private sector to develop regular rankings that show which goals they are prioritizing, and why. They should defend these priorities to the international community, to experts such as the participants in our study, and—most importantly—to their own people.

They also should acknowledge when and why their priorities deviate from general rankings of the SDGs. Country-specific rankings will not only accelerate successful implementation of the goals by bringing some order to the bog of the current SDGs list—they will also provide critical insight into which priorities generate the best results.

And the second change is that governments should use these rankings to guide tax, regulatory, and reform policies that encourage private investment in solutions that address the top challenges. Governments don’t have anywhere near enough money to fund the SDGs. However, many countries—especially the United States—are awash in capital. Worldwide, the UN estimates that $85 trillion is parked in long-term investments vehicles, including sovereign wealth funds, pension funds, and insurance funds. The failure to deploy these assets in support of social, environmental, and governance objectives is turning into a debacle for the world economy.

Private investments that further environmental, social, and governance goals can be very profitable. By ignoring opportunities in these fields, private investors are turning their backs on potential returns. Beyond this, most large institutional investors are so big and so diversified that their fortunes depend on the performance of national economies. If they can move their money into solutions that create real value for society, they stand to benefit enormously from future stability and economic expansion. (This concept is at the core of the Bretton Woods II agenda.)

Setting priorities and deploying resources accordingly is hardly a revolutionary concept. Indeed, at some level, the most remarkable thing about these recommendations is that they must be made at all. But they do. Urgently. The fate of the world may depend on whether we can get our priorities straight.