There's a Place for Religion in Public Life 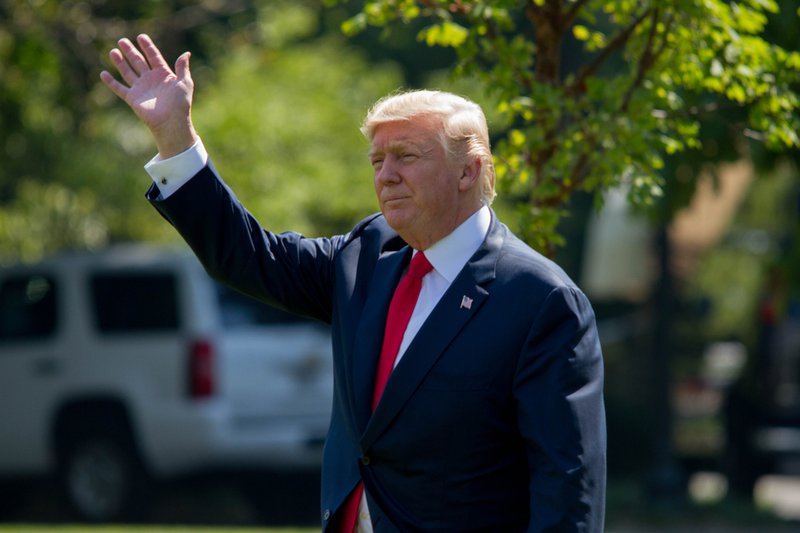 You know that religion is a hot topic when the Met Gala’s theme—which sets the stage for the Costume Institute’s spring 2018 exhibition—is “Fashion and the Catholic Imagination.” The exhibit, which opened on Monday, brought together Hollywood’s crème de la crème, who paraded around in their usually gaudy regalia.

But the Met Gala wasn’t the only time religion has made the news in the last week. On May 3, the National Day of Prayer, President Donald Trump signed an executive order to create a faith initiative at the White House. With the executive order, called the “Faith and Opportunity Initiative,” Trump said that he hopes to “ensure that the faith-based and community organizations that form the bedrock of our society have strong advocates in the White House and throughout the Federal Government.”

Religion has always played a big role in the United States, from the Declaration of Independence’s assertion that “all men are created equal, that they are endowed by their Creator with certain unalienable Rights,” to the First Amendment’s guarantee that everyone in the United States has the right to practice whatever religion he or she chooses (or, for that matter, to practice no religion at all). In addition, religious institutions have often been key sources of protection for the vulnerable, addressing injustice and discrimination. The mid-century civil rights movement, the push to fortify “sanctuary cities,” and the Poor People’s Campaign are just a few examples of how religion can make society more responsive to people’s most pressing needs.

In this light, a White House initiative that looks to include religious leaders’ voices in the policymaking process doesn’t seem so off the mark. In fact, former Presidents George W. Bush and Barack Obama created similar offices (each with its own challenges). Indeed, the recognition that traditionally marginalized voices ought to have an opportunity to participate in politics, have their concerns heard, and hopefully inform government decisions could have marked a welcome turning point in the Trump administration. Instead, it may become a source of tension. Specifically, Trump’s idea of what creating opportunities for religious values looks like seems to violate the First Amendment’s Establishment Clause, turning religion into an arm of the state.

At the signing of the executive order, which took place at the Rose Garden and was attended by members of Trump’s cabinet and representatives of religious groups, the president said that “the faith initiative will help design new policies that recognize the vital role of faith in our families, our communities, and our great country.” Since then, civil rights advocates have fretted over hidden meanings in this statement, and about how the initiative may subtly sanction discrimination against individuals perceived to fall outside establishment religious norms, rather than protect those individuals.

That’s because, for one thing, this isn’t the first time Trump has looked for ways to allow faith and religious values to play an outsized role in the public policy sphere.

For instance, in January of this year, the U.S. Department of Health and Human Services’ Office of Civil Rights announced that it was creating a “Conscience and Religious Freedom Division” with a proposed rule that provides “conscience-based protections for individuals and entities with objections to certain activities based on religious belief and moral convictions.” It’s not a stretch to see how this move could impact individuals’ access to services like abortion and sterilization. Louise Melling, the deputy legal director of the American Civil Liberties Union, told NPR that “there are many examples of health workers refusing care on religious grounds, including a nurse who didn’t want to provide post-operative care to a woman who had an abortion, a pediatrician who declined to see a child because his parents were lesbians, and a fertility doctor who didn't want to provide services to a lesbian couple.”

Or, take as another example how, last year, also on the National Day of Prayer, the president signed a “Religious Liberty” executive order, whose goal was to give “churches their voice back” by relaxing the IRS ban on tax-exempt organizations’ engagement in political activities and by giving “regulatory relief” to companies that didn’t want to follow the Obamacare mandate for contraception. Trump also vowed to repeal the Johnson Amendment, in place since 1954, which draws a line around the sorts of political activities permitted by 501(c)(3) nonprofit organizations. While Trump’s effort to repeal the amendment failed (it wasn’t included in the GOP tax reform bill), he re-surfaced the issue last Thursday when he said that the Faith and Opportunity Initiative will “help ensure that faith-based organizations have equal access to government funding and the equal right to exercise their deeply held beliefs.”

And yet, as the ACLU points out on its website, “the government already can and does work collaboratively with faith-based organizations. It has long granted tax dollars to religious social service providers that agree not to discriminate in hiring or providing services, and that operate their social services in a secular manner.” Anything beyond this support, I’d argue, would also go beyond what’s currently permitted.

When in doubt over whether or not a particular government act or policy unconstitutionally promotes religion, the “Lemon Test” (named after the 1971 U.S. Supreme Court case Lemon v. Kurtzman) has three hurdles a policy must pass in order to be constitutional: Have a non-religious purpose; not end up promoting or favoring any set of religious beliefs; and not overly involve the government with religion.

According to an accompanying White House statement, the initiative will be led by the newly created position of Advisor to the White House Faith and Opportunity Initiative and be supported by experts and various community and faith leaders from outside the federal government. As the executive order outlines, one of the advisor’s role will be to “identify and propose means to reduce … burdens on the exercise of religious convictions and legislative, regulatory, and other barriers to the full and active engagement of faith-based and community organizations in Government-funded or Government-conducted activities and programs.” While it’s still too early to glean what kind of role and impact the Faith and Opportunity Initiative will have on the policies that come out of the Trump White House, if Trump’s track record—his executive order, speech at the Rose Garden, and previous executive actions—is any indication of his intentions, the initiative might not exactly pass the Lemon Test with flying colors.

Daniel Mach, director of the ACLU Program on Freedom of Religion and Belief, said that while “freedom of religion is one of our most fundamental and cherished rights… that freedom does not give any of us the right to harm other people, to impose our beliefs on others, or to discriminate,” and that “the ACLU will be watching this initiative closely to ensure that it does not promote policies that violate these core principles.”

History has long illustrated that there’s a place for religion in public life—but not in the way the Trump administration appears to view it. In consequence, it looks as though Mach and his fellow civil liberties advocates have their work cut out for them.

The Politics of American Policymaking Civic Engagement and Organizing