There's No Such Thing as Expunging a Criminal Record Anymore 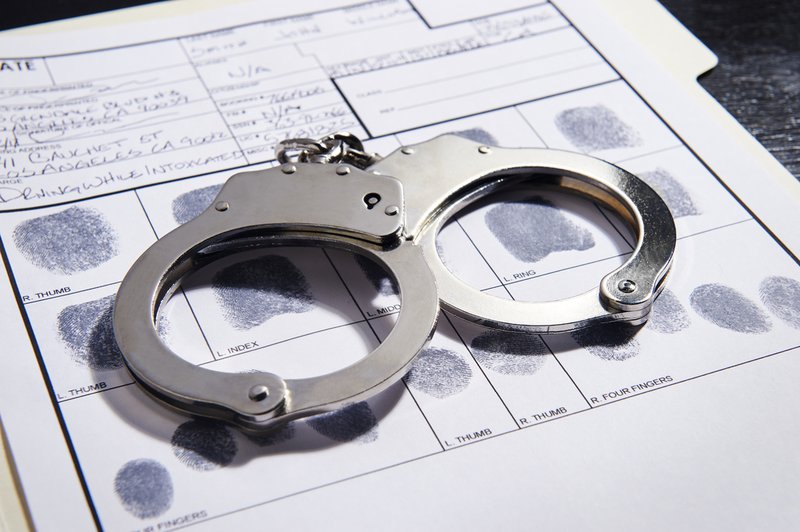 In June 2017, the police came to Alan’s house around 6 a.m. with a warrant. Alan, a 51-year-old father and IT professional in New Jersey, had never been arrested before. So he was baffled when the police told him he had failed to appear in court earlier that spring. He was fingerprinted and photographed and spent five days waiting to see a judge, only to have the pending charges dismissed. It turned out that a summons to appear in municipal court earlier that month had been mailed to an old address, and Alan never received it. But the judge offered a quick remedy: expunging the arrest record. Knowing this helped Alan recover and move on from the incident. Four months later, he received his “automatic” expungement order in the mail.

Criminal-record expungement and sealing laws are an increasingly popular and seemingly simple reform. The logic is sound: For the criminal justice system to work effectively, the system must also let people move on from their past and have equal access to employment and housing, unburdened by the stigma of a criminal record years later.

But two months after his expungement went through, Alan was dismayed when he Googled himself and found his booking photo posted to dozens of online mug-shot galleries. That might be expected, but he also found himself on government websites: The local police department posts a PDF file of weekly arrests, which was indexed by Google, and it shows up for search results of Alan’s name. Further, the local county jail roster allows users to search for previously jailed inmates who had since been released.

“It was very embarrassing,” said Alan, “because this is a case that should not have gotten to that point.” He immediately began contacting website administrators. “I emailed the state police. I emailed the website administrator for the police. I looked up the site in the Whois database and emailed that contact. But no response.” He tried the same tactics with mug-shot websites and local news blotters that post booking photos, and he’s had some limited luck in getting responses and having his record removed. However, he’s also noticed that he is now inundated with emails from purported “reputation management” websites that offer mug-shot removal services for fees.

Today, he’s terrified of his internet search results. He says he’s ceased professional networking and dating as a result. He’s up for a big promotion at work, and he’s incredibly anxious his employer will find the mug shots online. Further, he’s worried about the harm this will bring to his kids, especially his 16-year-old daughter. “That makes it really hard. People will look you up once they know your name,” he said. “It’s not justice.”

The problem for Alan and millions of other arrestees is that on a practical level, expungement isn’t really expungement anymore. Even if a record is officially wiped clean, it’s legal for criminal justice agencies and other websites to keep criminal records online. Arrest records, mug shots, and court records are classified as in the public record in most states. There’s no constitutional problem in republishing public information, as long as the government makes it public first. Further, forcing a website to take down public records would violate the First Amendment.

But for people like Alan, this means that even robust record sealing and expungement laws do little to put information that’s already out there back in the proverbial bottle. There’s also a huge market for criminal justice information in the personal data market. Salacious mug shots drive site traffic and advertising revenue to websites. Mug-shot sites sometimes charge exorbitant takedown fees, only to repost the photo on another website. Companies that offer tantalizing background-checking services rely on a steady stream of cheap, public records. And these websites don’t get a lot of pushback. People are often afraid to address their online records and inadvertently make the problem worse.

In November, a new reform campaign announced a push to leverage technology for expungement. Supported by the Center for American Progress, the Chan Zuckerberg Initiative, and Koch foundation groups, the Clean Slate campaign argues that automated, data-driven processes are the key to effective record sealing. The campaign is pushing states to adopt policies that automatically clear certain types of arrests and convictions after a set amount of time, based on progressive record-clearing legislation in Pennsylvania. Offering policy guides for states and talking points for advocates, the campaign promises to close the “second chance gap” by proactively sealing records instead of requiring a person to file a petition. “That means,” says the campaign’s promotional video, “your record isn’t available to your future landlord or potential boss.”

The Clean Slate campaign advocates are correct that record sealing, as it stands now, is incredibly bureaucratic. Criminal-record systems are a byzantine administrative web, with police, jails, courts, and prisons all maintaining separate databases of people’s records. Even record-sealing processes that promise to “automatically” seal records are largely managed by very manual processes, prone to clerical mistakes. The process needs an overhaul that interfaces directly with the data specialists employed by criminal justice systems and the software vendors hired by states to manage records.

But focusing narrowly on sealing records that have already been released to the public ignores the reality of living with a criminal record in the digital age. Even with an expungement, it’s very likely that a future landlord or potential boss has uncovered your arrest online. Clean-slate policies rest on the idea that there only exists one single criminal record, when in reality, dozens of pieces of digital information relay an arrest or conviction across public and private sources. An automated record-sealing process only impacts a database maintained by the state and can’t change the internet. This puts a person like Alan in a tricky position—should he really tell a potential employer he doesn’t have a record? That’s technically correct. But he faces the potential possibility that he will suddenly appear to be both a liar and a person with a criminal past.

This gets to a bigger question about how to manage the decision to release criminal-record information in the first place, which is most often in the hands of local police departments and courts. Public access to government records is essential to democracy. But unfettered disclosure of arrest records and booking photos in the digital age raises serious due process concerns, undermining the presumption of innocence and the entire premise of a “clean slate” promised by expungement. From a practical standpoint, what’s the point in promising people the benefits of sealing their criminal records if anyone can still find them online?

For expungement to work, reforms have to target the dissemination of records in the first place. There are several possible avenues. States could direct criminal justice agencies to reclassify some pre-conviction records (such as bulk arrest logs or mug shots) as private, similar to the privacy protections afforded to grand-jury targets and juveniles. Federal law enforcement already withholds booking photos from public access, a policy upheld by the U.S. 6th Circuit Court of Appeals in 2016. Some law enforcement agencies and courts have made it more difficult for data brokers to “scrape” their websites for personal data. Policies that regulate access to criminal-record data from its point of origin, routine in many European countries, would reduce the need for down-the-road remedies.

For clean-slate policies to work, states must regain control over their data. Regulating records would also allow people to regain some control over their own digital criminal histories. This would let someone like Alan actually leverage his automatic expungement with some confidence, rather than spending months attempting to contact mug-shot website operators and local police administrators. While we may tout the benefits of automatic expungement, these policies have little power until they address the practices of automatic disclosure.