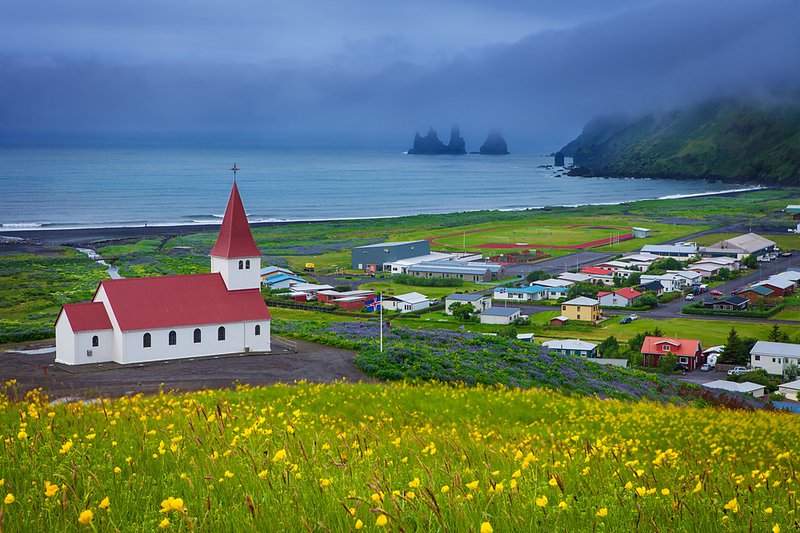 The country of Iceland is currently debating whether the worship of tax breaks counts as a religion.

In Iceland, citizens register their religion with the government and pay a special tax—about $80 this year—that is then doled out proportionately to churches based on their total membership count. At issue, according to a recent report by the Guardian, is that about one percent of Icelanders have registered as Zuists, an ancient Sumerian religion that has been co-opted to circumvent Iceland's religious tax. The Zuists have promised to directly pay fees back to members of their church (thereby negating the tax) and have pledged to disband once the religious tax and registration system is abolished.

If that sounds difficult to believe, or if you can’t possibly imagine the state directly taxing citizens to support churches here in the U.S., consider this: The U.S. went through a very similar debate in the first half of the 19th century, which helped to establish our current treatment of churches as tax-exempt organizations in the United States. Iceland provides an example as to why being able to easily establish a tax-exempt church is preferable to the alternative.

Iceland’s constitution recognizes the Evangelical Lutheran Church as the official state church; in Massachusetts and New Hampshire in the early 1800s, it was the Congregational Church. New Hampshire's constitution allowed for taxation to pay for “protestant teachers” because "morality and piety, rightly grounded on evangelical principles, will give the best and greatest security to Government."

The founders of these states saw religion as a necessary component of a healthy republic and therefore thought these churches deserved state support. Because of the importance of religious liberty, they allowed for a proportionate amount of tax revenue to go to other incorporated churches, just as Iceland does now. This became an issue, however, when the Federalists who controlled both New Hampshire and Massachusetts proved reluctant to incorporate certain churches, especially those of the Baptist and Unitarian denominations.

In response, Baptist and Unitarian churches increasingly sought to be incorporated to share in the tax revenue pie, which the Republicans supported. When the Republicans gained power in Massachusetts, they granted a much higher number of charters than the Federalists had.

The back and forth between Republicans and Federalists eventually led, in 1819, to New Hampshire’s passage (under Republican control) of the Toleration Act, which allowed churches, incorporated or otherwise, to collect dues from members, but "did not require all citizens to support a church," according to Neem. By the 1820s, the privileged status of state churches had been delinked in both New Hampshire and Massachusetts. Both Federalists and Republicans believed religion was important, but Republicans wanted churches to be formed voluntarily by citizens and to have to compete with each other.

The Zuists are taking the same position in Iceland, and it seems only a matter of time, given public opinion, before they succeed in their quest. Why? Because although some politicians in Iceland argue that the Zuists are at odds with the official policies of the state, and are trying to dodge taxes, over half of Icelanders polled say they want the current state-supported tax system of churches to end.

The debate over churches in the United States was part of a discussion over the rights and nature of corporations, broadly defined. A consequence of the Republicans’ belief in giving equal ground for all religions was a robust and pluralistic religiosity in the United States that seems to have developed, at least partially, as a result of competition between churches.

But the Republicans’ insistence on the state having no right to determine which religions were and were not acceptable helps explain why it is today so easy to become a tax-exempt church in the United States. As new taxes were introduced in the U.S., churches have always been given special tax status, and even now do not have to register with the IRS in order to qualify as tax-exempt. Most recently, this year, HBO’s John Oliver created a church to highlight how little oversight there is; we owe that to the Republicans of the early 1800s.

I would caution Oliver from advocating that the state determine which churches count as "real" religion. In this, I am a Zuist believer.