Student Debt by the (Text)book 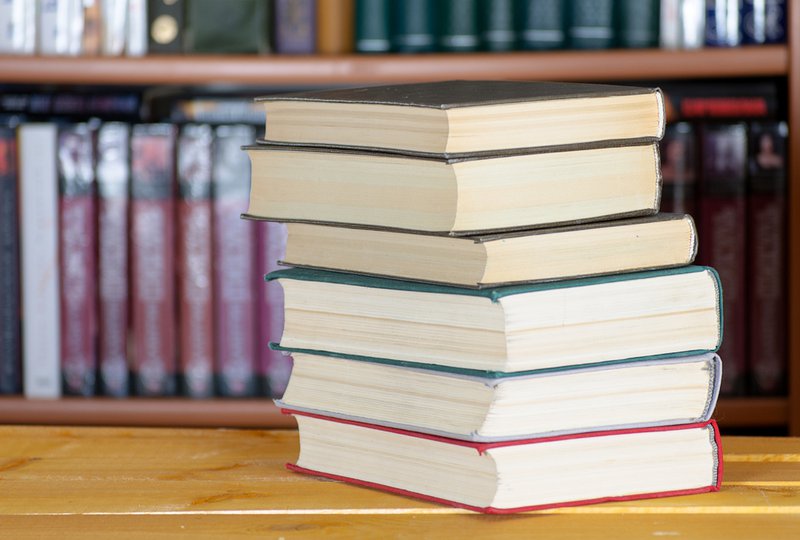 “I saw a wonderful speaker once say that community colleges serve three populations: Those who need a first chance, those who need a second chance, and those who need a last chance...we get the folks who can’t go anywhere else, and if we can’t provide them a way out of the situation they’re in, nobody else will.” noted Matt Reed, Vice President for Learning at Brookdale Community College in New Jersey. Reed was solemn, but clearly frustrated, too. He and four other higher education experts were together to describe the inadequacy of federal cost of attendance estimates, the numbers used by the government to distribute financial aid and by students to calculate living expenses. But the panel’s frustration with much broader issues was easily apparent throughout, and was directed at a higher education system that was never designed to be a social safety net for the poorest, but is increasingly starting to look like one. In the simplest of terms: Colleges now feel compelled to provide food aid, child care, free transportation, and counseling in order to cover the many gaps their students face.

While much of the present discussion on the rising cost of higher education focuses on the price of attendance, the reality is that the expense of college is much “More Than Tuition.” And this is especially the case for low-income community college students, who often turn to food pantries to eat, or otherwise take out loans to cover groceries and rent. It’s a reality neither experienced nor understood by many of the higher education policymakers who craft and regulate financial aid. Policymakers are often alumni of four-year colleges, and, Scott Carlson, Senior Writer at the Chronicle of Higher Education, explained their apotheosis of being a broke college student is “I was hungry too; I ate ramen all the time.” So many community college students are not even buying ramen—they don’t have the money to eat at all.

For students at public two-year universities, the average share of their total student budget devoted to tuition and fees is twenty percent. ‘Tuition’ doesn’t include rent, food, transportation, or textbooks, so cost of attendance estimates are used by the government to assess the financial aid needed to cover these additional expenses. However, the way in which cost of attendance is calculated is opaque and variable across schools, and the numbers are all over the place—on average, off-campus housing estimates for a county differ by $6,448. It’s also hard to regulate cost of attendance determinations, as costs vary from state to state and school to school. Inaccurate cost of attendance numbers lead students to over or under borrow, which either begets unnecessary student debt or means students forgo food, housing, or most likely, the textbooks they need to pass their courses. While the tuition at community colleges is generally low, in the aggregate, inaccurate cost of attendance numbers have contributed much to the estimated $1.3 trillion in debt American students now owe.

This isn’t to say that these inaccurate numbers are solely the fault of colleges, as many students hide the necessities they’re forgoing, and schools only discover their cost of attendance numbers to be incorrect after consulting anonymous surveys, regional data, or other proxies. Reed offered examples of proxies used to identify homeless students: returned mail, phone numbers that keep changing, and students who consistently linger in the library until closing. “English departments are really good sentinels,” Reed noted, “Students will say things in papers that will break your heart.” Those same students don’t buy their textbooks, especially when textbook costs can run over a thousand dollars a year. Since textbooks are a high cost of attendance driver, Reed has sought to expand the usage of open educational resources (OER) in courses at his institution, and he noted that courses using OERs saw their completion rates rise by ten percent. But even if we put aside copyright issues, OER is hard to scale—campus bookstore revenue is cannibalized, professors have little time to develop new ancillary material, and some OERs are not yet high caliber.

There’s also a demographic trait that further complicates cost of attendance standardization. Twenty-six percent of community college students have children, and seventy percent of those students are female. These mothers often use loans to pay for child care so they can study and work part-time. Barbara Gault, Vice President and Executive Director at the Institute for Women’s Policy Research, cited that women who go without child care spend nearly 30 hours a week caring for dependents, limiting time for coursework and employment. This is even the case for online learning, Gault noted: “You can't necessarily watch your kid while you're doing anything else.”

How, then, to accurately assess the cost of college for the students who need affordability most? Increasing the transparency of cost of attendance determinations is a preliminary necessity, argued Rachel Fishman, a senior policy analyst at New America, so students can push back against “a $2,000 allocation for room and board in a metro area like New York City.” Gault argued that colleges themselves can change culture by welcoming children to events and being more welcoming to single mothers. Reed suggested high schools should replace AP and IB courses with dual enrollment college credit courses, so students can earn credit earlier. He also argued for more transfer pipelines from community colleges to elite schools. “[I’d ask policymakers,] ‘Would you send your kid to the community college, and if not, why not? I’d want to hear the answer. I want us to get to the point where the answer is, ‘Of course.’"

But the main takeaway was that the rising cost of college cannot be fixed through more financial aid. Jee Hang Lee, Vice President for Public Policy and External Relations for the Association of Community College Trustees, articulated that the federal government can’t resolve all of the issues that accompany low-income students. “We’re never going to get a Pell Grant that’s going to get to $10,000 in the next two years; that’s just not feasible,” he remarked. Fishman mentioned universal basic income as one ambitious solution, a policy idea that’s being fiercely debated at the moment.

Whatever the solution, at the very least, community college shouldn’t ever be someone’s last chance for the American Dream, much less the only way by which people can hope to make a life for themselves and their children. Community college should be so much more: someone’s first choice, because it provides a thorough education whilst being sensibly and accurately priced, and because it doesn’t force students to choose between textbooks and putting food on the table.