Speaking Up for Women's Rights

It's not just Donald Trump who needs to be better. 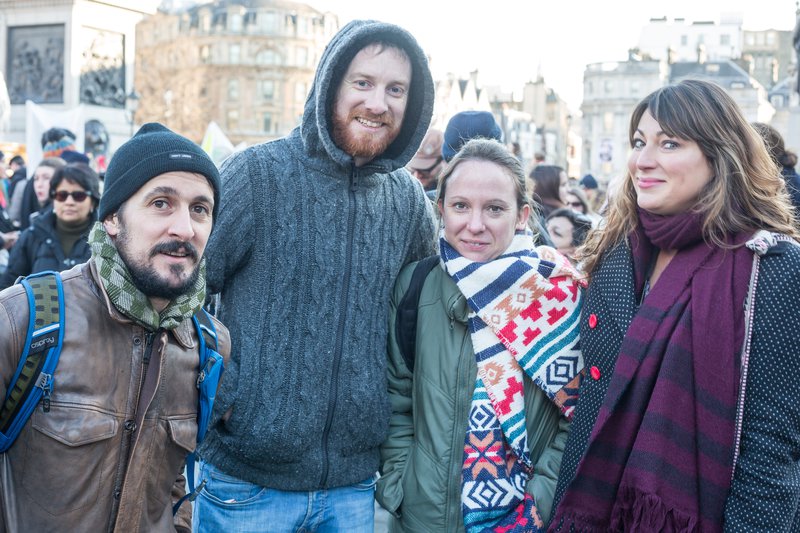 Men often argue that women’s rights are important because we all came from women, or because we all have mothers, sisters, daughters, and friends that are women. This deeply problematic approach, which ties women’s value to the men in their lives, was exhibited by several Republican members of Congress during the presidential race. This week, Promundo, an international organization seeking to involve men in the women’s rights movement, published a petition to President Trump. Endorsed by men of diverse backgrounds, the letter invites the president, and men across the country, to work towards gender equality. By framing the cause as one that benefits and should be supported by all genders, the letter is a statement that women’s rights are worth fighting for, because gender equality advances all members of society.

On its own, the argument that men should care about women’s rights because they know women appears to be a clever way to get men to care about an issue that they may not think applies to them. But this argument seems to suggest that a woman should be exempt from assault or discrimination because her husband or brother would be unhappy, not because she deserves equal treatment in her own right. The fact that women are human beings who make up half of the global population should be reason enough. The U.S. women’s rights movement demands adequate health care, equal pay for equal work, and the ability to lead the life you want, whether that includes a family, career, or both.

If that’s not sufficient reason to call on men to be allies of women, there’s another: equal treatment for women will lead to equal treatment for men. The old ideals of masculinity constrain men as well, and working for gender equality and women’s rights would free all genders from these ideals. In a truly gender-equal society, men would be able to raise families, pursue their careers, or combine the two without judgment. Responsibilities often relegated to “women’s work,” such as caring for children, would be treated with the respect they are due and people of all genders would be free to pursue them. True gender equality may sound unlikely, but if men make a stand for women’s rights, it could be in America’s future.

According to a recent survey, 93 percent of American adults believe in the importance of working towards gender equality, and 80 percent think there is still work to be done. As Promundo demonstrates, gender equality starts with making a statement—publicly showing support can go a long way towards the visibility of an issue at the global, national, state, and local levels. The Women’s March was the largest protest in American history, part of a global movement, and one example of how to speak out against the Trump administration’s position on women’s rights. To add to that impact, men need to let their representatives know that it’s not only women that care about these issues. Congress is responsible for drafting, passing, and funding federal laws, as is the case with funding for reproductive health care, and would be with a national paid family leave program. They also exist as a check on the executive branch, and can provide or prevent funding for an executive order. Calling your representative can have a direct impact on their response to bill proposals from the executive and legislature. With the president’s allegations of sexual assault and discrimination towards women, it’s important to make your voice heard in all levels of government to protect women’s rights.

States and localities have the power to pass laws on their own, ranging from paid family leave laws in California or New Jersey to limits to women’s access to reproductive health care in Texas. To make a lasting impact, the most important thing to do is model gender equality in practice and culture to the next generation. Research suggests that girls raised in a gender-equal household are more likely to aspire to a career rather than being a homemaker. If men said they believed in gender equality and didn’t show it at home, it didn’t have the same effect on their daughters. While the study didn’t find gender-equal households affected boys’ interests in being homemakers, treating women as equals will only ever set a good example.

In order to take it further, address the decision-makers directly when women’s rights issues are up for debate. Call your representative at the local, state, or federal level; take part in your government and let them know why women’s rights are important to protect. Embody the ideals of gender equality by running for office, whether as a town council member or representative in Congress. The Promundo letter calls for President Trump to set a high standard for other men, but that advice is not just for him to follow. If American men speak up for women’s rights in the public and political arenas, and live up to their words, they can prove that gender equality is a goal that all should work towards.