At Some District High Schools, Grad Rates Are Climbing as They Lose More Students 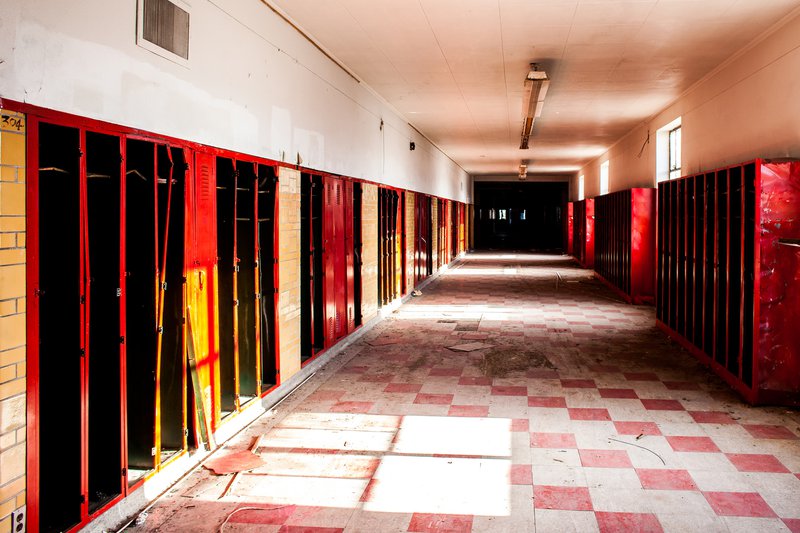 But a closer look at individual high schools reveals a trend that might seem contradictory at first glance: Schools whose graduation rates are rising are simultaneously losing a significant number of students to charter schools and schools in other parts of town.

Lincoln High, for example, posted an 84.7 percent graduation rate – the highest since the school reopened in 2007. But nearly 60 percent of the students who started as freshmen at Lincoln High transferred to another school before they completed their senior year. More students left Lincoln than any other traditional high school in the district.

Last week, we reported that 581 students left a traditional San Diego Unified high school during the 2015-2016 school year and landed at a charter school. Of those who left, 34 percent were a year or more behind at the time they transferred. The data included students from all grade levels.

Neither San Diego Unified nor charter schools are breaking any rules as thousands of students shift from one to the other. But the relationship also allows charter schools to act as a safety valve for the district.

For the first time last year, San Diego Unified made a series of college-prep courses a high school graduation requirement. Students can avoid these classes, however, and still come away with a diploma simply by transferring to a charter school.

District officials maintain that the number of students who are leaving had nothing to do with the district reaching a 91 percent graduation rate.

But that doesn’t answer the more fundamental question of why so many students are leaving Lincoln and other district-managed schools.

Below, you’ll see the number and percentage of students who left district-managed high schools between fall 2012 and spring 2016, which corresponds to when the class of 2016 entered and completed four years of high school:

According to district records obtained through public records requests, more than 57 percent of students who entered Lincoln as freshmen in 2012 left before they completed their senior year. That’s a higher rate of departure than any other traditional high school in the district.

Just over 12 percent of those who left transferred to a charter school in San Diego Unified’s boundaries – most leaving for Charter School of San Diego, a charter school that offers online classes and an independent study program tailored to students’ schedules and goals.

Another 172 students, or 38 percent, left the district altogether. Those students could have moved to a different school district or transferred to a charter school outside of the district’s boundaries.

Cindy Barros, head of Lincoln’s parent-teacher organization, suspects most students are leaving Lincoln because they’re behind in credits.

“I think a lot of kids are leaving behind they came in behind, and the school couldn’t fix them. The kids are already coming in so far behind and credit-deficient that the school can’t correct them. They don’t have enough classes set up to help them. We need to look at our middle and elementary schools, and what they’re doing to prepare our kids for high school,” she said.

That would fit with what Cheryl Hibbeln, director of secondary schools, told a group of Lincoln parents earlier this school year. When parents asked Hibbeln to explain the reasoning behind an upcoming change in class schedules, Hibbeln told them that students needed extra time because too many arrive reading at a second-grade level.

Staff members at Lincoln High did not respond to questions about why so many students are leaving the school. But under-enrollment has been one of the school’s chief concerns for the past 10 years.

Lincoln was reopened in 2007 after a $129 million rebuild. District officials hoped neighborhood students would flock to the newly renovated school. And they did. More than 2,300 students clamored to get into the school when it first opened.

But after a rocky start, Lincoln was never able to gain traction. By last September, enrollment had dropped to 1,447 students.

Problems continue to plague the campus – top among them, leadership turnover. The school has had four principals since 2007 and is currently searching for its fifth.

Earlier this year, it was clear that the latest effort to reboot the school – by offering community college classes to Lincoln students – had backfired. Students who’d signed up for college classes were routed into a remedial math course, whether or not they’d asked for it. Roughly 75 percent of those students ultimately failed the class, which the school’s principal attributed partly to lack of academic support for the students.

In response, San Diego Unified etched out an agreement with the San Diego Community College District to withdraw those students from the class so Fs don’t remain on their college transcripts.

Lincoln’s struggles are well documented, but it wasn’t the only school to lose a high percentage of students and simultaneously see a rise in its graduation rate.

Roughly 42 percent of the students who started at Morse left before the end of their senior year. Ten percent of those students left for charter schools and 25 percent left the district altogether.

Hoover High, in City Heights, lost 45 percent of its class of 2016 cohort by May 2016. A number of Hoover students transferred to nearby Arroyo Paseo charter school.

Citing low graduation rates, the San Diego Unified school board recently voted to deny the renewal of Arroyo Paseo’s charter. The school will have to close after June 30 if it doesn’t appeal to the San Diego County Board of Education and emerge successful.