The Shell Game of Self-Reflection 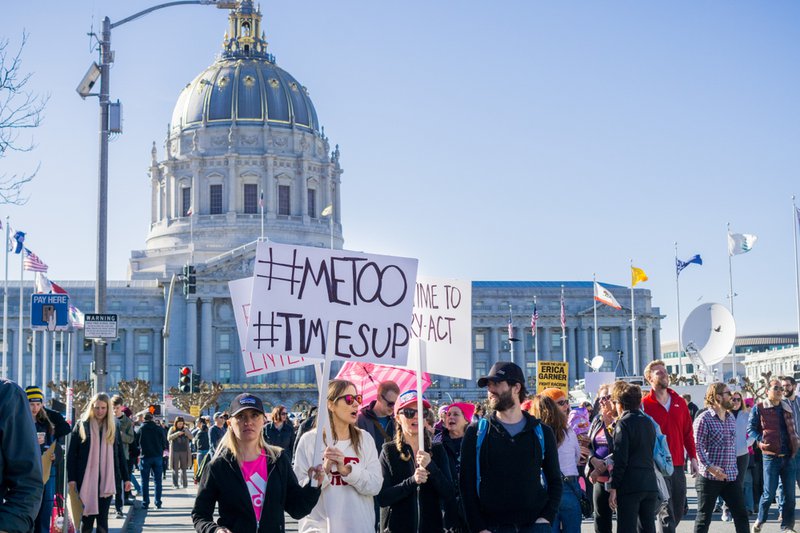 Just after my freshman year of college, I was sexually assaulted on the Washington, D.C., metro en route to a summer internship. I remember most of the details: I was wearing a knee-length khaki skirt, and a man standing behind me reached under my skirt and pushed his fingers into my vagina as I was exiting the train.

I froze, then kept walking. A woman came up to me and said, “I saw that. Are you OK?” I told her that I was fine. She asked, “Do you want to report him to the police? I’ll go with you.” I looked back to see if he was following me. He stayed on the train, but he was pacing back and forth in the car, watching me, waiting to see if I’d do anything. He was about twice my size, wore an oversized black T-shirt, and his face was menacing. “That’s OK,” I told her. “I’m fine.” I don’t recall telling anyone, but if I did, it was probably in a joking, cool-girl way—pretending to be too seasoned to be bothered by a handsy creep. Still, I avoided that metro stop for the rest of the summer, opting instead to walk from a stop farther away and arrive to work sweaty.

That wasn’t the only time I’ve been sexually assaulted. But it feels like the only one I can talk about, because the man involved is now a vague, hazy monster in my mind—not a former boyfriend, not a friend of a friend, not someone I can name.

“I’m a victim of sexual assault,” said Kellyanne Conway, a counselor to President Donald Trump, expressing her empathy for Christine Blasey Ford, who in a testimony to the Senate Judiciary Committee last week described an alleged assault by Supreme Court nominee Brett Kavanaugh. But Conway added: “I don’t expect Judge Kavanaugh or Jake Tapper or Jeff Flake or anybody to be held responsible for that.” Her sentiment conveys something I’ve noticed more broadly around #MeToo: that the many stories of assault are often abstracted from the fact that there was a perpetrator. Some high-level abusers have been named and held accountable, yes, but a key element of #MeToo has been sharing these stories that nearly every woman has—so where are all the assaulters?

Most remain unnamed figures. This isn’t the fault of those telling the stories, who have reason—safety, for instance—to keep their memories anonymous. Rather, it doesn’t seem that alleged abusers, most of whom are men, are offering accountability of their own volition. Even the men I know who’ve spoken up about #MeToo have offered solidarity but little self-reflection. Which makes me wonder: How can our culture ever truly change if people don’t acknowledge their role—or their complicity—in violence?

I often travel internationally for work, and thinking through the ways in which my identities and privilege play out is essential to what I do. More specifically, I can’t work in another country in support of women’s rights and not consider how the perspective I bring results largely from things like my gender, race, nationality, and financial situation. Or I could, but then I’d be bad at my job. And still, I know that I have lots of work to do: I can go deeper, interrogate myself more rigorously. It’s difficult but necessary work to disentangle our prejudices from our practice.

Maybe that’s why I find it so strange that, a year into #MeToo, there’s been no explicit wave of self-reflection among alleged abusers—no active seeking, on their part, to right wrongs. I haven’t seen it privately—from the men I’ve witnessed be abusive towards women—or publicly. Indeed, it seems as though the few who have grappled with their misconduct have been forced to do so, usually as a result of their celebrity status or an intense media investigation. It’s like #MeToo stories exist only passively, offering some solace and solidarity but soliciting nothing in return.

This point has come into greater focus in light of many Senate Republicans’ reactions to Kavanaugh’s testimony. Somehow, Ford’s story of sexual assault has been detached from her alleged assaulter: During her hearing, Senate Republicans seemed to believe her on all counts except one—that her named abuser was there. Instead, they suggested that the man who was in the room with her that night, in the 1980s, was a hazy monster, someone blurred by time and the single beer she reportedly drank that night.

Like many, I’m distraught over how Kavanaugh’s alleged abuse has been managed by the Senate. I’ve been angry about—and in fear of—sexual assault for most of my life, and these feelings have shaped me: They’ve affected my relationships with men, my experiences in the world, my sense of self. Yet in the past year, even with all its bracing openness, I’ve been plagued by questions: What’s a reckoning with the participation of only one side? Have abusers, broadly, become more aware of the consequences of entitlement—of how it can lead to abuse? Kavanaugh’s testimony, as many have written, suggests not.

Instead of thoughtful self-reflection, people in a position to abuse their power have become afraid. That, to me, signals that those who might be held responsible for their behavior aren’t interested in changing it. They’re just gripping the edge of their seats.

In the consciousness-raising feminist movement of the ’60s and ’70s, women would huddle together and talk about how they were being oppressed. This communal experience was important because it helped women understand the methods and means of their own marginalization, and that helped to usher in an important cultural shift.

Historically, men have dealt much less intentionally with the ways in which gender has shaped their behavior, choices, agency, and power—not unlike how white people have grappled much less meaningfully with how race has helped determine their place in society. And yet, in both cases, this examination is imperative—and long overdue.

So, here we are once again: The cultural burden for addressing sexual assault has fallen on women’s shoulders. Watching Ford’s testimony felt to me, as I imagine it did for many women, like ripping open an old wound. I’ve thought back to that man on the metro, and how afterward I threw out that skirt and couldn’t sleep alone for years. So many women are re-traumatizing themselves for the sake of changing the way we, as a society, think about sexual misconduct and violence.