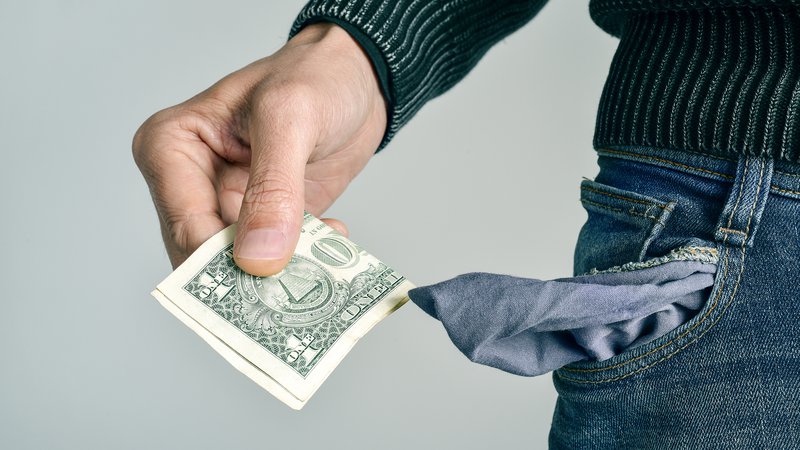 Millennials have been much-maligned for many a wrong. Some say we’re unpatriotic. Others, that we’re bad for business. Still others insist that we’re the worst generation ever to live. What can be said, then, to save Millennials’ reputation? Some hope it’s our savings.

For the past few years, surveys have shown a generational divide in savings habits. According to a 2016 Bankrate survey, Millennials appear to be strong savers, with 62 percent of adults aged 18-29 saving at least five percent of their income. That savings rate is the same as about 50 percent of adults over age 30. With all the articles that criticize Millennials as lazy, self-absorbed, and entitled residents of the “everybody gets a trophy” generation, this statistic is supposed to show something else: when confronted with economic uncertainty, Millennials are taking up more responsibility to support themselves.

However, the “responsibility” of Millennials is a nice way of drawing attention away from the fact that private employers, as well as government policies, have begun to shirk the bill. And it’s also focusing on a segment of Millennials that have the resources that can afford them to be “responsible”: mostly white, middle- to upper-class young people.

First, on those who are abandoning their own responsibilities as employers: many highlight witnessing the impact of the Great Recession as a reason that Millennials are saving, but neglect to mention that another impetus is the changing nature of work. Employment has long-been the avenue where workers gain retirement security and health benefits like insurance and paid leave. But in recent years, employers have been shifting away from providing these benefits to their employees. 401(k)s, which have mostly replaced pensions, are a great example of employers shifting the risk from themselves to their employees—and not all workers have access even to 401(k)s. In addition, many companies look to hire independent contractors and temporary employees instead of full-time workers, which reduces overhead costs and allows for greater flexibility. This also means that the employer doesn’t need to offer anything in the way of benefits. All of this is true even though private corporations’ profits have grown dramatically in recent decades, while wages have…not.

Further, when faced with stagnant wages and few benefits, many Millennials have a different safety net intact: their parents. Of Millennials that graduated from a four-year college, 61 percent report receiving financial help from their families. 43 percent of those Millennials were able to become homeowners. And it’s not just education. Many Millennials, even those that make high incomes, report their parents helping with the down payment of a home, medical expenses, or just everyday necessities like groceries. Without these expenses, it’s much easier for these Millennials to save.

However, only a distinct group of Millennials have access to this help. Parents in the top quartile of wealth are eight times more likely than those in the bottom quartile to provide their children with sizable financial assistance. And white children are three times more likely to receive such assistance than Black children.

These statistics are just a few examples of how the racial wealth gap, where the wealth of white families is 10 times higher than that of Hispanic families and 13 times higher than that of Black families, extends to the Millennial generation. In the Washington Monthly, author Mel Jones describes a “second racial wealth gap” occurring across generations. People of color are already more likely to hold less wealth than white people, yet parents of color (80 percent of Black parents and 70 percent of Hispanic parents) are more likely than white parents to expect their children to help them financially. While children of wealthier white parents can expect financial help, which can transform into financial stability that contributes to long-term wealth, the children of parents of color are more likely to give it. Clearly, this affects and exacerbates income and wealth inequality over time.

The Millennial narrative needs to change. But instead of shifting the story to make it about greater “responsibility,” we should be promoting policy solutions that aim to make saving as well as financial stability more accessible for everyone. Policies such as portable benefits, which aren’t tethered to employment, ensure that health and retirement savings are within reach for any American. And increasing access to flexible and emergency savings could perhaps raise the 62 percent savings statistic for Millennials, as well as the savings rates for older generations. MyRA (a starter retirement account from the US Treasury) is one policy example where, when private employers failed to show up, the federal government stepped in—employees without retirement savings options can use the myRA product. Other options for decreasing wealth inequality could be implemented within the tax code by expanding the Earned Income Tax Credit (EITC) and expanding the Child Tax Credit (CTC) by adopting a universal child allowance.

It’s important to recognize that it’s difficult to generalize for a diverse and varied group like the Millennial generation. While some Millennials may find it easy to save, the reality is that this is likely based on race and class. And even for those that can and do save, the mechanisms which are forcing it, which include limited protections for workers and decreased benefits, deserve anything but applause. To make the Millennial generation better, we need to create better conditions for them—and all individuals in every generation thereafter.