Repairing the Roots of Democracy 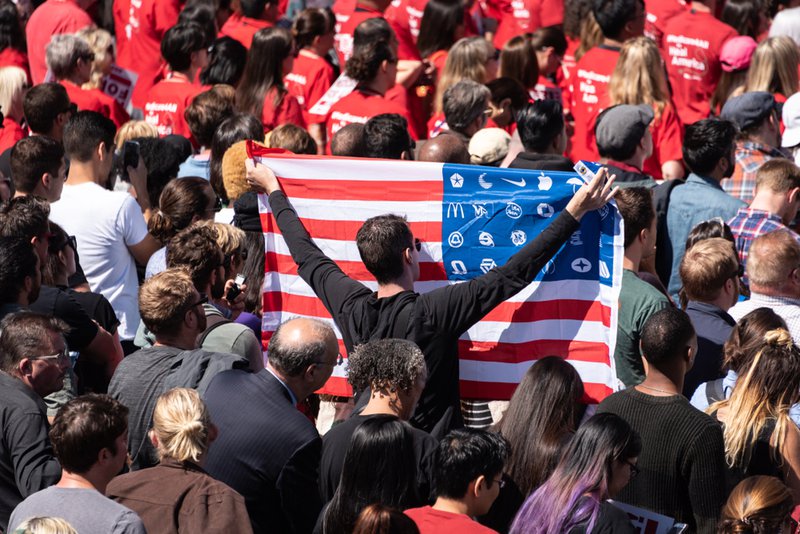 In two months, Namibia will hold the same presidential election it typically has, and that it probably will for the foreseeable future. The previous 2014 election saw Hage Geingob, the leader of the South West Africa People’s Organisation (SWAPO) party, emerge victorious in a landslide that surprised few: Since Namibia achieved independence in 1990, SWAPO has been virtually guaranteed reelection every four years as the dominant party. But why? And what’s the point of voting if you already know the inevitable outcome?

SWAPO has the largest base, and no major opposition to it exists. While the party started as Namibia’s liberation movement from South African rule, it now represents a stranglehold on Namibia's democracy—a democracy that seems to favor only SWAPO members. There’s a running joke in the country: All you need is a SWAPO bumper sticker on your car, and your problems will disappear.

There are approximately 16 other political parties in Namibia, but for 29 years, only one has maintained political power. Certainly, corruption plagues every level of government in Namibia, and our post-apartheid political lives remain divided along racial lines (the Ovambo ethnic group is the dominant force driving SWAPO). But on a broader level, this condition hints at something rotten at the heart of a self-professed multi-party democracy—one where a single party consistently dominates above all others, and where competition is mere artifice.

Just as the Namibian national elections are symptomatic of larger structural issues, the 2016 U.S. election similarly exposed the weaknesses in America’s democratic foundations. As Hollie Russon Gilman, a fellow at New America's Political Reform program, and K. Sabeel Rahman write in their new book, Civic Power: Rebuilding American Democracy in an Era of Crisis, “…the current threat to U.S. democracy is rooted not just in the outcome of the 2016 election, but in deeper, systemic forms of inequality that concentrate economic and political power in the hands of the few at the expense of the many.” In other words, to use their argument, both Namibia and the United States bow to a ruling class that maintains a perpetual stranglehold on power, establishing a quasi-kleptocracy and disenfranchising the rest of the polity.

But late capitalism, Gilman and Rahman suggested at a recent New America event, is just one facet of the crisis. America's “larger civil infrastructure and democratic infrastructure have eroded or been dismantled over time,” said Rahman, “And ... political power has been systematically concentrated along lines of race, along lines of income level.”

The United States, they assert in the book, was constructed on a bedrock of economic and political elitism—after all, slavery and misogyny were baked in from the start, as was a bias against anyone who didn’t own land. Even after slavery was abolished and women granted the right to vote, these institutions not only endured, but remained a central feature of contemporary American democracy—such that the crisis we are seeing today is neither new nor shocking.

To name a few contemporary problems: public policy skews toward the interests of elite constituencies, wealthier groups have disproportionate financial influence on political campaigns, and businesses consolidate power through policies that incapacitate unions and rival interest groups. These trends, according to Civic Power, exacerbate disparities in political influence—political leadership is dominated by the upper class, with far fewer leaders from working-class backgrounds. “Much of the contemporary sense of crisis in American democracy, including the ascent of business interests and the rise of exclusionary far-right populism, can be explained by this shift in the organizational balance of power,” the book reads.

The task, then, is for the American polity to take back its power—but much needs to be done before that can happen. A transformation must take place at both the constituent and bureaucratic levels in order to meaningfully redistribute power to citizens. As a result, traditional democracy reforms often fall short of addressing the actual problems of democracy; they are, as Rahman noted, not “particularly good at empowering ‘we the people’ at building endurable forms of voice in our communities, or transforming our political institutions the way that they need to be transformed.”

So how do we build longer-term civic power? According to Rahman and Gilman, two fundamental changes need to be made to the democratic ecosystem: first, radically changing the way constituents are organized, and second, restructuring governing institutions and policymaking to ultimately support the constituents. The general populace would be represented by strong, effective coalitions backed by equally robust state institutions, thus minimizing the forces propelling the decline of unions and other civil organizations.

In a nutshell: We need to invest in grassroots movements and advocacy, and link these movements to mainstream political parties. Rather than leaving the civic voice to echo in a vast political landscape, governing institutions would actively respond to the claims and needs of the people.

If Namibia passed legislation that would limit the influence of one major political party—whether through financial constraints or by empowering other grassroots movements—it would be a strong start to getting its democracy back on its feet. And despite the centuries separating their democracies, Namibia and the United States could stand to learn the same lesson—that power needs not only to be constantly checked, but actively shared between institutions, organizations, and constituents. Anything else renders the entire basis of democracy meaningless.