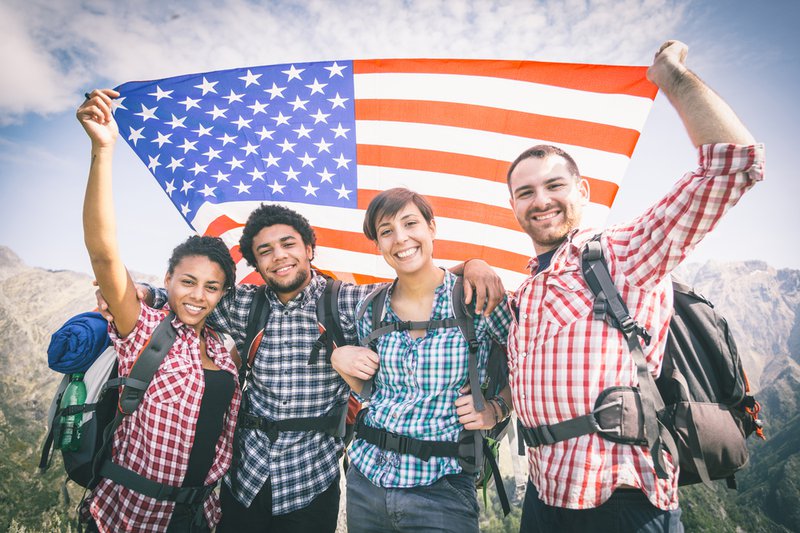 It's been a tough week. And for many Americans, it's been a tough few years. Much of my own work during that time has been guided and fueled by an underlying optimism: about people, democracy, and our institutions. I’ve researched, written, and taught about new democratic innovations; served in the Obama Administration working on open government and innovation; and spent timing advising and working closely with several civil society organization and local governments. Some of my core tenets have taken a beating, but I am reminded that the reason I began researching and studying these topics was because of the promise of strengthening democracy. As FDR put it, “Democracy is not a static thing. It is an everlasting march.”

Part of building democracy means pushing back when you see bigotry, injustice, or infringement of rights. We also need to build for the future even as we hunker down to protect the present. To do either, we need to keep the passion and hunger for change alive, even as we work to protect the progress already made. We can’t be complacent in a year or two. Rather, we need to engage in the critical work of governance, re-building our civic muscles each and every day.

If we want to continue feeling engaged and inspired we need to turn back to the places where we all began—our local communities. The long Presidential cycle has left us with electoral fatigue. But I’ve long argued that the democratic process requires civic muscles, and that through robust and meaningful civic engagement, people can transform their relationships with neighbors, public officials, and even communities. The global scale of the challenge facing us, and the force of the current domestic backlash, can feel demoralizing and overwhelming. But addressing governance challenges begins with the power of one individual at a time. I don’t claim to have the answers, but here are a few of things I’ll be re-committing to in the days, weeks, and years ahead. These are my proactive strategies for maintaining civic engagement, and I hope others will find something useful in them.

Volunteer and Talk With Another Human Being I.R.L. (Don’t Just Look at a Screen)

Voting in elections every four years is not enough. Sometimes, working in policy makes me forget the value of direct service and volunteering. There are civic institutions throughout each and every community, from homeless shelters to schools and community centers, that need support. These spaces present us with countless opportunities for direct human interaction, and they allow us to strengthen our communities in the process. Use your hands to make something. Civic organizations provide critical infrastructure in our communities.

One of the challenges of modern life is that we spend a lot of time in front of computers. As Andrew Sullivan recently wrote in New York magazine, “Every hour I spent online was not spent in the physical world. Every minute I was engrossed in a virtual interaction I was not involved in a human encounter.” These devices atomize us. Lacking the face-to-face contact with other people hardens us and reduces our ability for conversation, compassion, and understanding.

But even when we’re not in front of our screen, we are still all too often surrounded by people who share too much with us. How can we break this cycle? How can we “reclaim conversation” as MIT Professor Sherry Turkle talks about through her three part research on discourse and technology.

Perhaps we can channel just a bit of the time we spend working with our communities into these critical dialogues, speaking openly with those around us, whether or not they share our values. Let's make volunteering time the new happy hour.

Organize and Mobilize for Policy Change (Not Just Every Four Years)

In addition to direct service, now is the moment to organize and mobilize around a set of policy issues and ideas. Become a policy advocate for the the issues that matter most to you. In the wake of this election, there have been no shortage of discussions about incredible policy proposals to support and organizations to become a part of, from Black Lives Matter and ACLU to Planned Parenthood. As we work to defend civil liberties, we also need to ensure that all marginalized and disenfranchised members of our communities have a voice. Pick a policy issue, and organize others around it. Become more than just a donor to an organization, and actively speak out on behalf of the values and causes you support.

Harvard Professor Theda Skocpol and others have talked about the decline of robust civic participation, or “association without members.” As Skocpol wrote in 1999 for The American Prospect:

No longer do civic entrepreneurs think of constructing vast federations and recruiting interactive citizen-members… Too many valuable aspects of the old civic America are not being reproduced or reinvented in the new public world of memberless organizations.

Let's donate and organize to actively participate in civic life in America. We already have plenty of models: From parent-teacher associations to the Girl Scouts, we’ve long had ways of uploading our civic norms and values without relegating them to a class of elites or professionals. It’s up to all of us to take part in our communities. One creative example is San Francisco’s Neighborhood Postcard Project, which encourages community connection through storytelling and exchange. The simple technology of a postcard can enable previously marginalized residents to share their stories and unite with diverse residents.

Working towards policies you care about can help, in turn, revitalize our communities while also building the necessary infrastructure to mobilize coalitions for the midterm elections in two years. Some national organizations with a headquarter in one city may also have regional affiliations of national organizations. For other topics, getting involved is as simple as finding local allies and engage with community anchor institutions, including universities and community centers, where you can connect with like-minded advocates. Learn about your local neighborhood association or community board (which will differ across locality). Go to a meet up of your local democratic party. Learn more about those who hold the positions in state and local office. This will require the time for learning and education, but you can reap the benefits by serving as an organizer in your community.

What happens the day after the elections? The hard, and sometimes unglamorous work of governance. The day-to-day operations, structures, and mechanics of governance are the institutional backbone of our democracy.  There are a host of organizations, such as PopVox or the Center for Technology and Civic Life which have been focused on the structure of governance. Supporting the institutions of democracy moves the conversation away from the passion of politics to the hard work of getting things done. Becoming more involved in building participatory institutions can help build sustainable structures to have a more inclusive voice across a set of policy issues.

I’ve researched the innovations in participatory governance occurring on the local level. One especially compelling model is, participatory budgeting, which originated in Porto Alegre, Brazil. It first came to the United States in 2009, when one Chicago Alderman put $1 million dollars of his discretionary funds back to the community. Now cities across the country, including over half of the New York City Council are putting a portion of their local discretionary funds back into the hands of the people. It’s a process which supposes that community members, those who inhabit and live in places, are the ones who have the best local knowledge of where to fund projects. Community members identify local spending priorities; work directly with public officials to develop viable budget options; and turn these proposals back over to the hands of the community to vote. Importantly, voting across the country includes young people under 18 years old.

Participatory budgeting is just one example of a host governance innovations occurring at the local level, processes which demand more interaction between constituents and bureaucratic leaders. In Oregon, a “Kitchen Table” is enabling residents from across the state to contribute ideas, resources, and feedback to inform public policy. Another practice in Oregon is the Citizens Initiative Review, where a representative sampling of citizens convene for a multi-day deliberation on state ballot measures. The result is a voting guide written for the people, by the people.

We are seeing local governments across the country opening up offices to engage diverse stakeholders in problem solving. And there are a host of new technologies which offer pathways for engagement. One way is through civic crowdfunding platforms like Citizinvestor.com, which cities can use to develop public sector projects for citizen support; several cities in Rhode Island, Oregon, and Philadelphia have successfully pooled citizen resources to fund new public works.

There is a lot of pain out there, and no panacea on the horizon. But perhaps we can each in our own lives work toward a civic catharsis that benefits both us and our communities. Strengthening our civic muscles requires work and commitment. Deepening democratic participation requires effort, but the benefits are potentially transformative—both for individuals who engage and our communities.