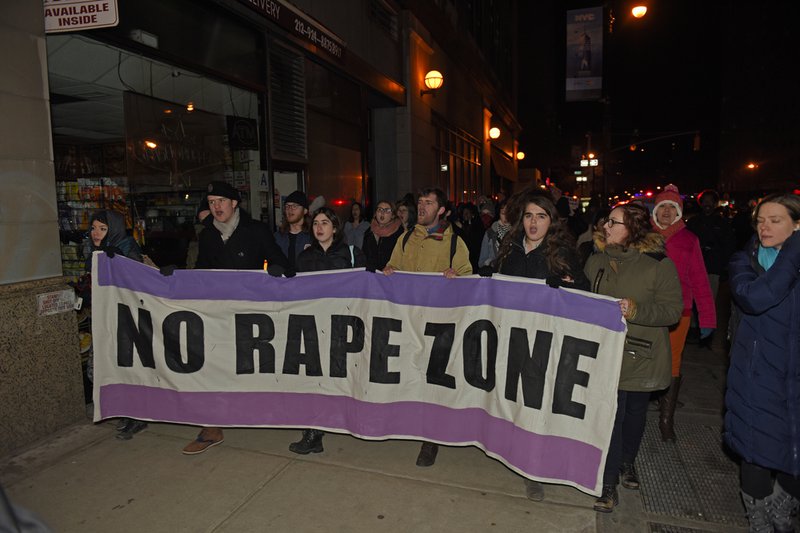 Rape culture is a phrase that’s often used without definition or explanation. “This is rape culture,” we say, gesturing to the latest instance of victim blaming or perpetrator apologia. In the United States, a father says his would-be rapist son’s life was ruined for “twenty minutes of action.” This is rape culture. In my home country of Brazil, a 16-year-old girl was brutally raped by more than 30 men and exposed as a trophy on social media. This happened, and is still happening. This is rape culture.

We are all horrified, perplexed, disgusted, wondering when the government will take a position, waiting for punishment, etc. But so, too, do we, through rape culture,  normalize the barbarity of the act of rape itself, blaming the victim for the violence she—or he—has suffered. Just read a news story on rape. In the case of the Brazilian teenager, many an outlet managed to subtly mention the possibility of her being a drug user and regularly visiting a community dominated by drug traffickers. In this way, the responsibility subtly shifts, and she becomes the party responsible for what happened, and the one to blame. And this is rape culture.

The thinking then goes that if the teenager who was raped had only behaved according to the Brazilian culture’s moral values, as a “respectful girl,” nothing like this would have happened. We leave the violence and the victim in the darkness, because the alternative is to recognize how widespread this problem is out here in the light. And we turn the perpetrator of the violent act into a monster, making all the public lynching and acts of justice with our own hands in its most varied forms justifiable, lest we admit that rapists are not extraordinary, but are the result of millions of people empowered by what has become the norm of a dismissive culture, which tacitly accepts violence.

In rape culture, men are violent by nature, have sex with women they deem unworthy of their respect but get married to beautiful, maiden-like, “housewife” women. However, in this same culture, if the perpetrator is convicted (for so often he is not convicted, because we say we cannot trust a woman who was drinking, or who was wearing a short skirt, or who may have wanted sex with some other person at some other point)—if he is convicted, he is thrown in a prison cell only to be brought to justice by other men as violent as himself. Good, we say, imagining the victim as our daughter or sister or close friend. It’s part of our culture and we all see it as something acceptable. We don’t realize that we’re normalizing and continuing the cycle.

And so we wait for the next victim and hope that next monster is brought to justice. Meanwhile, in the name of God and the families of Brazil, we are watching passively as the subject of gender is being scrapped from the education plans in cities and states all together, while in the U.S., issues of consent or power are nearly absent from abstinence-only curricula.

Rape culture is not perpetuated by irresponsible women of ill-repute and monster men, but by the reproduction of gender norms that tell women around the world that their bodies are not theirs. We have to remember that, in Brazil, abortion is criminalized, and that there’s a large conservative movement lobbying for the victim to be obligated to pursue a tiring bureaucratic process to prove the act of violence to herself to finally be allowed to have an abortion in the case of rape.

So, too, is rape culture encouraged when we remove discussions about gender from schools, missing the opportunity to communicate to children from a young age that violence in interpersonal relations as something unnatural. It’s in school that boys should learn that “no” means “no” when facing sexual rejection from a woman, and that only affirmative consent is consent. It’s also in school where boys and girls should learn that being different is not a reason for someone to be met with violence, as, in a democratic society, people are free to choose what they wish to do with their bodies.

Today, there is a big discussion on this “gender ideology,” which refers to the language used by certain right-wing groups in Brazil who question the discussion of sexual orientation and sexual diversity and the platform of gender equality.  These groups argue that "God made women and men differently," that men are "naturally" in charge, and that homosexuality is unnatural. These same right-wing advocates have managed to get messages to end homophobia, and discussing gender-based violence—some of which developed by my organization Promundo—taken out of Brazil's public schools altogether. Looking at the US, you might say: Sound familiar?

This is just one more way to maintain control over women’s bodies as a property of the state and of individual men, and for them to keep being submissive; for the LGBTQ community to keep distant from the few rights that are already guaranteed to them (to say nothing of the conservative society that keeps them ever distant).

We need to understand that we’re facing a unique opportunity in human history. Fighting for democracy is fighting for civil rights. Democracies must have laws, rules and public policies as tools. It only makes sense if there is a social pact. Let’s transform our most genuine disgust into a public discussion seeking the eradication of violence (public and private), not through the traditional methods (such as police and repression), but through the most revolutionary democratic instrument that any society has: education.

This is the method by which to fight rape culture from the United States to Brazil and beyond. Rape culture doesn’t have borders. Our responsibility to change our thinking doesn’t, either.