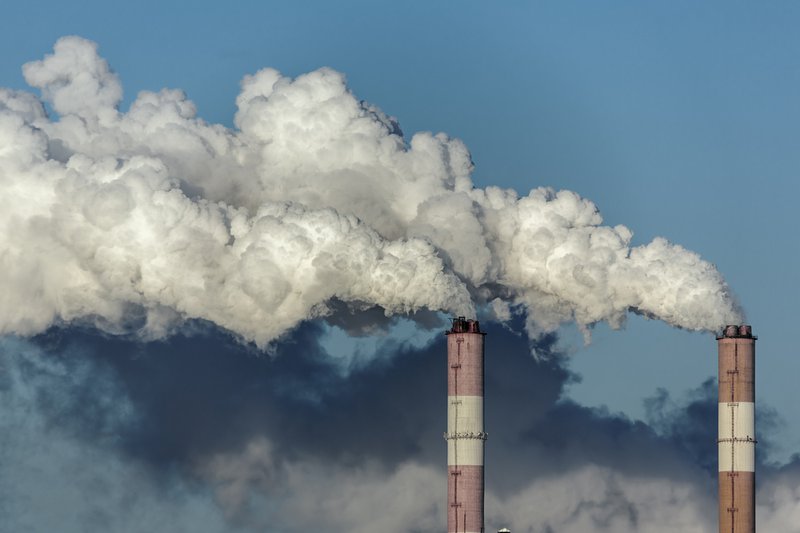 When Congress passed a budget bill in February, you may have missed something significant: It includes new incentives to support carbon capture and storage, or CCS.

If you’ve heard of CCS before, you’ve probably heard that it’s expensive, risky, and unnecessary in light of the recent progress of wind and solar energy. Compared with renewable energy, CCS—a technology that captures carbon dioxide emissions from fossil fuel sources and injects them deep into the earth for permanent storage—has always been the ugly duckling of climate change mitigation. Even though the Intergovernmental Panel on Climate Change has found that we are unlikely to meet our climate targets without it, CCS has received little policy support and, consequently, seen minimal deployment. But between the legislative breakthrough and some exciting technological developments, it seems that people are finally beginning to take CCS seriously. It’s about time.

For all the progress that renewables have made in recent years, wind and solar still supply less than 5 percent of the world’s energy, according to the International Energy Agency. Fossil fuels supply more than 80 percent—a share that has barely fallen in decades—and global carbon dioxide emissions are still increasing. This is a problem, since the 2 degrees Celsius target of the Paris climate accord requires steep cuts in emissions starting right now. CCS is the only option that lets us use fossil fuels without emitting carbon dioxide as we transition to a renewables-dominated future. Emissions can be captured from coal and gas power plants as well as steel, cement, plastics, and fertilizer production—major industries for which there are few other options to reduce emissions.

Technologies already exist that can capture carbon emissions from all of these processes, and ongoing projects have shown carbon dioxide can be safely and securely stored in geological formations deep underground. The issue has not been capability—it has been cost and a lack of financial incentives.

The fact that CCS allows for fossil fuel use while reducing carbon dioxide emissions enabled the practically unthinkable event of a Republican-controlled Congress passing strong climate legislation. A broad coalition, including Democratic climate hawks and Republicans from oil and gas-producing states, backed the legislation that significantly increases the “Section 45Q” tax credits for geologic storage of carbon dioxide. In the near future, this will trigger new projects that capture carbon dioxide and supply it for use in enhanced oil recovery. That’s a process in which carbon dioxide is injected into depleted oil fields to increase oil production while trapping the carbon dioxide deep underground. This is a win-win: increased American oil production, decreased dependence on oil imports, and more American jobs, all while reducing emissions.

The legislative development coincides with a potential technological breakthrough in carbon capture. Existing carbon capture approaches for power plants have a critical, and costly, challenge: separating low-concentration carbon dioxide from the mixture of exhaust gases. Enter Net Power, a startup with a new carbon-capturing natural gas-fired electricity generation technology. Net Power’s novel “Allam cycle” technology fundamentally redesigns how fossil-fuel electricity generators have traditionally worked in order to avoid the separation challenge and produce an easily separable exhaust of pure carbon dioxide and water. The result should be a power plant that can generate electricity as efficiently as the leading existing gas-fired electricity generators, all while capturing 100 percent of its emissions at zero additional cost. Net Power is currently commissioning its pilot plant near Houston. If it performs as advertised, this technology could smash the idea we need to pay more for clean energy.

Net Power, like all large-scale and complex technologies, will have additional costs for initial projects, but they will go down as the developers learn from each successive project. The tax credits will provide the extra support needed to enable the first full-scale commercial plant to be built and to accelerate subsequent deployment.

Future projects could also target emissions from industrial sources—like ethanol, petrochemicals, and fertilizer production. Potential new capture technologies that may be deployed include membrane separation systems, which are essentially carbon dioxide filters and use less energy than traditional solvent methods, and fuel cells that generate additional electricity while capturing carbon dioxide. Much like the incentives that have been successful in promoting renewable energy, the 45Q credits will spur deployment of new technologies and lead to innovation that will further decrease CCS costs.

This is poised to be a pivotal year for the development of CCS in the United States. But we will have to scale up CCS much more to reach our daunting emissions-reductions goals, and there will be challenges. For instance, pipelines to transport carbon dioxide from sources to storage sites will have to be built. However, there is often local opposition to similar infrastructure, such as new highways and long-distance electricity lines. Governments and industry will need to work with local communities to educate them about the low risks of carbon dioxide pipeline and storage projects and how these essential developments will help accelerate the clean energy transition. The White House and Congress can also help maximize the impact of the 45Q credits by supporting carbon dioxide pipeline infrastructure and enacting complementary measures to enable cheaper finance for carbon-capture projects.

Carbon capture by itself is not a silver bullet. However, if we hope to meet our climate goals, it’s an essential weapon we need in our arsenal—and it seems that it may finally be becoming a reality.