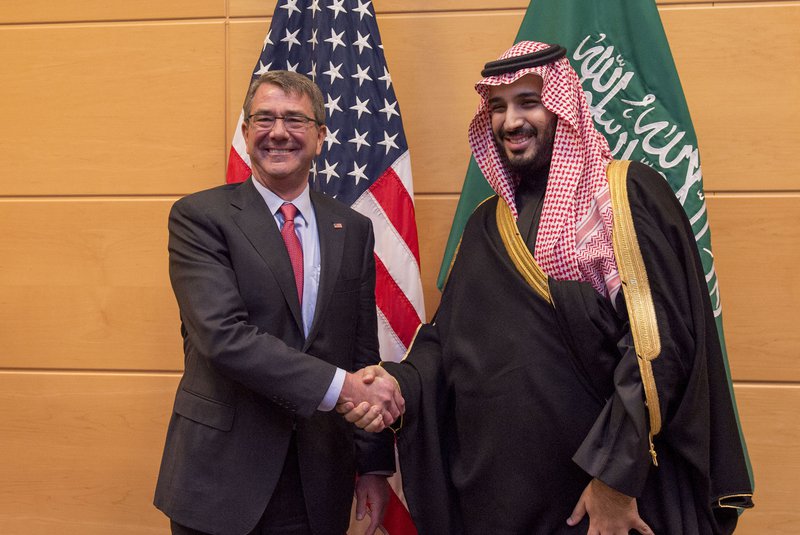 If you’d planned on unwinding with a signature diamond magnetic facial at the Ritz-Carlton in Riyadh, the capital of Saudi Arabia, in the coming weeks, a call to your travel agent is in order. The spa is closed. The entire hotel, in fact, is on lock-down after the arrest of several prominent Saudi businessmen and politicians on anti-corruption charges earlier this month, at the behest of heir apparent to Saudi Arabia’s throne, Mohammad bin Salman, or MBS. At just 32 years old, the prince’s political offensives, which supporters call courageous and detractors decry as imperious, have already marked an important pivot on the international stage.

The people arrested are believed to be held in the Ritz-Carlton, following the unexplained shuttering of the hotel to the public. Among the luxurious hotel’s most prominent guests is investor and philanthropist Prince Alwaleed bin Talal, one of the world’s richest men and a well-known Wall Street fixture, worth, according to Forbes, some $16 billion. According to the Saudi attorney general, the probe has turned up evidence that at least $100 billion in Saudi public funds had been channeled to the private coffers of the arrested elites.

But the sweep represents a power play much bigger than frozen assets and demoted billionaires. Emboldened by the United States’ support and its hard stance on Iran, MBS has launched a litany of strong-handed maneuvers in recent weeks—and, more than that, he appears to be pulling up the curtains on a turbulent new chapter in the region.

While the fate of bin Talal’s billions, which include shares in Twitter and Citigroup, have been the focus of public speculation in recent days, it’s the bellicose remarks aimed at Iran’s capital of Tehran that should have people talking—and worrying.

Apart from cleaning-house in the kingdom, MBS and the Saudi diplomatic corps have ramped up anti-Iran rhetoric over the past few days, harmonizing with similarly pitched remarks coming from Israel. Indeed, many observers are watching to see whether long-simmering tensions between Sunni Muslim Saudi Arabia and Shi‘ite Iran will boil over, scalding the region.

And, already, anxieties are escalating. Twice last week, Riyadh accused Iran and its proxies of “acts of war,” first when it shot down a missile launched by Yemen’s Houthi rebels, who are supported by Iran, and then again when the United States issued a statement saying that the missile had “Iranian markings.” In addition, Saudi Arabia has ordered its citizens out of Lebanon, claiming that the Beirut government has effectively “declared war” on the kingdom by embracing Hezbollah, the Iran-backed militia-turned-political party, as a legitimate state actor. The announcement followed the resignation of Lebanon’s Saudi-backed prime minister, Saad Hariri. Hariri stepped down unexpectedly earlier this month while on a trip to Riyadh, citing Hezbollah’s militarized presence throughout the Arab world as the reason. But pundits and the Lebanese public are skeptical, and believe that Hariri, long seen as a weak Sunni counterweight to Shi‘ite Hezbollah, was forced out by MBS. (Which is why, on Tuesday, Lebanon’s foreign minister said that “the only thing that proves [Hariri] is free is that he returns.”)

So: Lebanese politicians, Yemeni missiles, posh hotels—they matter beyond the region, too.

Aside from the human toll that increased political volatility would take on a region already rattled by multiple theaters of conflict, the United States, arguably Saudi Arabia’s most indispensable ally, has thrown its support behind MBS, and is potentially barreling into another imbroglio.

Two days after the Ritz roundup, President Donald Trump put to rest doubt about Washington’s support for the young prince’s political project. “I have great confidence in King Salman and the Crown Prince of Saudi Arabia, they know exactly what they are doing,” Trump tweeted.

The tweet came only a few days after Jared Kushner, Trump’s son-in-law and senior advisor, returned from an unannounced trip to Riyadh, where he is said to have stayed up until the early hours of the morning discussing strategies with MBS.

In light of Washington’s backing, and warming relations with Israel born from a shared desire to punish Iran, there’s a startlingly real possibility that MBS is set to make the Middle East a lot hotter. The United States, meanwhile, could find that it’s on course to land itself in the middle of a new cycle of regional conflict. (Already, the war in Yemen has stretched into its third year.)

The United States, for its part, must tread carefully. While many Saudis, particularly young Saudis, seem to back MBS’ crackdown (and this is to say nothing of their support for his bold vision of social change), unscrupulous or unconditional support from Washington—or, more specifically, from tweets—could encourage Saudi mission creep, both domestically and internationally. In June, for instance, Saudi Arabia led a diplomatic boycott of Qatar, a move that threatens to nudge the country even closer to autocratic regimes in Iran and Turkey.

Political poise is more important considering that the United States has already helped to set the stage for turmoil: Last spring, it closed an arms deal with Saudi Arabia worth $100 billion, three times the GDP of Yemen, where Saudi warplanes have been dropping bombs since 2015.

This isn’t to say that Saudi Arabia’s attempt to clamp down on rampant corruption shouldn’t be applauded. However, the tenuous state of the region calls for caution on all sides. Anything less risks stability in the long term—and doesn’t do favors for either America or Saudi Arabia.