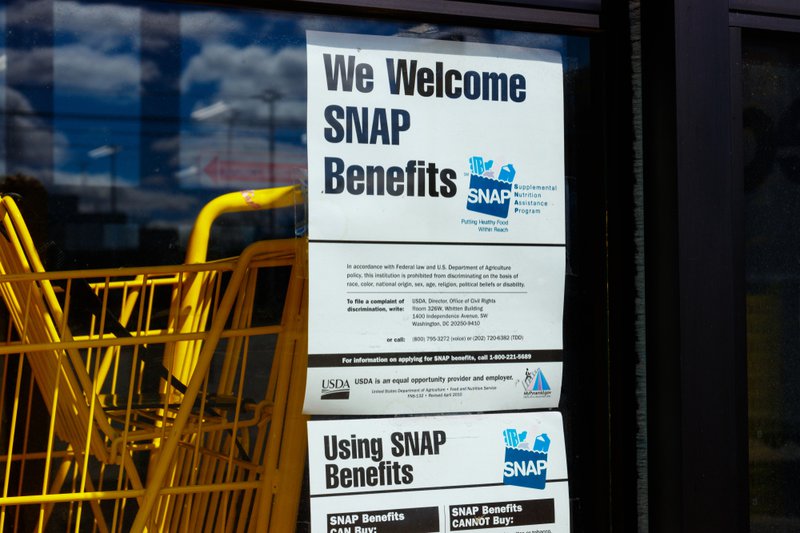 The housing fallout of the COVID-19 crisis has been well documented. As we approach the end of COVID-19 eviction moratoriums, and the simultaneous end of the extended unemployment benefits authorized by the CARES Act, localities across the country are bracing for an uptick in evictions—something that could displace up to 23 million Americans between now and the end of September.

According to a recent report, this anticipated surge in evictions could result in a 40 to 45 percent increase in the number of unhoused people over the coming months, leaving approximately 800,000 people in the United States homeless by the end of the year. Low-wage workers, undocumented immigrants, and Black and Latinx renters are most likely to experience an eviction, compounding the impact of the pandemic on already marginalized communities.

What is receiving less coverage, however, is the way in which housing instability will impact vulnerable groups’ ability to access other crucial government benefits.

While many public benefits systems are now accessible online, they still reflect roots in paper-based communications, and assume that applicants have a single stable address. To receive Medicaid, SNAP, TANF, and a host of other benefits, state governments often rely on mailing forms. These include certification forms, cards to receive the benefits, and recertification forms. Without a stable and reliable mailing address, those eligible for benefits are often unable to access them.

Now, amidst the pandemic, this long-term dilemma of providing benefits to those with unstable housing is impacting millions of Americans.

As the country braces for the expiration of eviction moratoriums, many individuals and families will face housing transitions. And, as Jacqueline Ebert, an Equal Justice Works fellow with Legal Services Miami, explains, "Using paper-based forms in public benefits management creates challenges for people who are in a housing transition. Let's say that someone is doubling up or living in a car—they won't have a mailing address where they can reliably receive notices. And this can lead them to missing notices and eventually needing legal services for preventable problems."

Those who recently lost their home will often list a friend’s address or a shelter as their mailing address on an official document—but, notes Ebert, this can have its own consequences.

“Let's say that someone is temporarily living with a friend or family member—they might be hesitant to give out their temporary address in fear of impacting their host’s housing or eligibility for public benefits,” she said. “Listing the address of a housing shelter can create stigma that can lead to various forms of discrimination, so many people don't want to use a shelter address for official documentation or on an ID."

As states rehaul their public benefits technologies in response to widespread failures, they should begin creating alternative options to paper-based application and notification processes. State officials should ask whether a mailing address is necessary to verify an application and deliver benefits and notices; if not, it should be made optional. Including digital options will grant those who don’t have access to a mailing address other options, such as mobile. Over 90 percent of homeless individuals have access to a mobile phone, so designing options for mobile users with housing instability could significantly increase accessibility.

In addition, in-person services must be designed to more thoughtfully consider the realities of housing instability. States have funded organizations to address this issue in the past: In Albany, New York, for instance, the Sheridan Hollow Drop-In Center provides case management, meals, access to computers, and use of the shelter’s mailing address to ensure that those experiencing homelessness can continue accessing benefits. We should prioritize funding for these initiatives.

Independent of the pandemic, government benefits and assistance to those who are unhoused or experiencing housing instability are inconsistent and fractured. With the country approaching the expiration of expanded unemployment benefits—and an avalanche of evictions as moratoriums end—policymakers are debating the merits of monetary assistance through the HEROES Act. It is imperative that policymakers also consider the gaps in delivery of these benefits and how we might effectively reach and alleviate the burdens—of proof and precarity—of those most in need.