The Pacific's Disasters Are Our Disasters 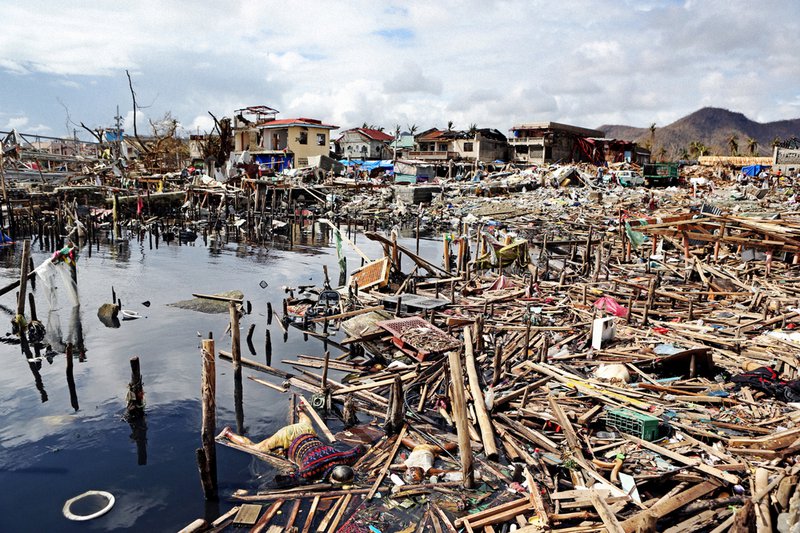 On January 30th, the United States declared a public health emergency over a disease that, so far, has infected only a dozen Americans. That may seem like an excess of caution—but in fact, more than 40,000 people in China have contracted a novel coronavirus (nCoV) in a little over a month, resulting in some 900 deaths. China, it turns out, isn’t actually so far away.

The coronavirus outbreak is just the latest reminder of the units we use to calculate the risks of natural disasters: hazard, exposure, and vulnerability. All across the Indo-Pacific region, exposure to all types of natural disasters is on the rise, as is the number of vulnerable people. And the hazards themselves are getting worse.

This is an intimate concern for the United States, which has almost 10,000 miles of coastline on the Pacific Ocean and a population of more than 50 million in Hawaii, Alaska, and along the west coast. The importance of the region doesn’t stop at the water’s edge: The United States conducts more than $1.9 trillion in trade with countries of the Indo-Pacific area, which directly supports more than eight million jobs. We have formal defense treaties with five countries in the region (seven, counting Taiwan and New Zealand), as well as a myriad of other multilateral and bilateral relationships ranging from foreign direct investment to countering transnational crime to exchanges of athletes. Finally, more than 22 million Americans are of Indo-Pacific heritage.

In other words, the United States is intricately tied to its Pacific neighbors. A disaster there hurts us, too—and that goes beyond disease outbreaks.

Natural disasters have long been a fact of life in the Pacific. The region has strong ocean currents; continental, arctic, and tropical wind patterns; active tectonic plates; a volcanic “Ring of Fire,” and dramatic and varied topography. These conditions create a beautiful but violent natural environment prone to typhoons, floods, earthquakes, tsunamis, and other severe weather events.

At the same time, the region’s fast-growing population is becoming increasingly urbanized. Seven of the top 10 megacities (more than 10 million people) in the world are in Asia; most are expected to grow significantly over the next three decades. Their vulnerability to hazards varies: Some cities have seen dramatically rising incomes, along with increasingly valuable assets and property, while others struggle with poverty, inequality, and other social challenges. Furthermore, many of the largest cities are built on coasts or rivers, making them particularly prone to flooding and storm damage.

In a nutshell: There are more people exposed to disasters, and more people vulnerable to harm and loss.

That would be challenging enough, but climate change is also ratcheting up natural hazards. Sea level rise, for example, amplifies the destructive power of tsunamis, while the UN Intergovernmental Panel on Climate Change and other scientific experts predict that warmer oceans will fuel larger storms. (In fact, according to a forthcoming New America report, there’s already been a noticeable uptick in severe storms in the Pacific.) Even communicable diseases such as coronavirus may be on the rise, thanks to climate change.

The United States is intricately tied to its Pacific neighbors. A disaster there hurts us, too—and that goes beyond disease outbreaks.

The good news is that many regional governments have made a range of resilience investments, such as early warning systems and flood control measures. Still, it’s hard for even the best prepared communities to keep up with an increase in extreme events—especially as more and more people find themselves in harm’s way.

In other words, there will likely be growing demand for humanitarian assistance and disaster relief—and one Pacific nation in particular stands out in its capacity to aid others. The United States is the world’s single largest donor of humanitarian aid—most often facilitated by civilian organizations, including government agencies and charities. The military, however, also plays an important role: Thanks to significant operational, medical, and engineering capacity, the U.S. armed forces are able to deliver relief at a scale most civilian organizations can’t match.

Take Typhoon Haiyan, which hit the Philippines in 2013. One of the most powerful storms ever recorded on land, Typhoon Haiyan killed more than 7,000 people and displaced 6 million more. At the peak of the relief operations, there were 66 U.S. military aircraft, 12 vessels, and nearly 1,000 U.S. military personnel in the disaster zone; U.S. personnel cleared roads and evacuated thousands, delivering emergency shelters, hygiene kits, and 55 metric tons of food assistance. In total, the United States gave more than $37 million in humanitarian aid.

At the same time, countries in the region are improving their disaster response capacity. China, for example, was able to identify, isolate, and sequence nCoV in a matter of weeks; major Chinese cities have opened medical facilities to treat a growing number of patients. China is also expanding its military assets, such as aircraft carriers and helicopters, which can come in handy in disaster relief—and it’s increasingly engaged in such missions. NCoV, however, has also exposed some of the weaknesses in China’s capabilities: Authorities withheld crucial information about the pathogen in the early weeks of the outbreak, and the delayed response has had deadly consequences—both within and beyond China’s borders.

Looking forward, it’s important to consider the geopolitical context of disasters. First and most important, these disasters will affect the people, economies, and stability of regional countries. Humanitarian and disaster relief may also have broader strategic implications: Emergency aid is a human right, but it also carries the added benefit of strengthening the donor country’s relationships with recipient nations. This reputational bump isn’t lost on China, and humanitarian and disaster relief could become yet another arena of competition between the United States and China—even though collaboration would make more sense, given the urgency of the climate crisis. Ideally, emergency relief efforts could be a comparative advantage for the United States and its regional allies as well as a confidence-building measure between the United States and China.

One thing is particularly clear, however: When it comes to disaster preparedness in the 21st century, complacency is a dangerous strategy. For the United States, sustaining our current approach in the Pacific would be a mistake, given the projected impacts of climate change on the region. Instead, we must be prepared to ramp up our efforts; the Department of Defense, for example, should consider planning and equipping proactively for an increasing number of disaster relief missions. Governments in the region, in turn, must invest in resilience—which means everything from improving early warning systems to enforcing building codes to reducing poverty.

Ultimately, however, any measures will fall short if nations don’t take meaningful action on the climate crisis. Continued failure to cut greenhouse gas emissions will spur increasingly extreme hazards—disasters that will outstrip our ability to prepare for them. And if that comes to pass, people may well have to employ the oldest resilience strategy in the book: moving to higher ground, until there’s nowhere left to go.