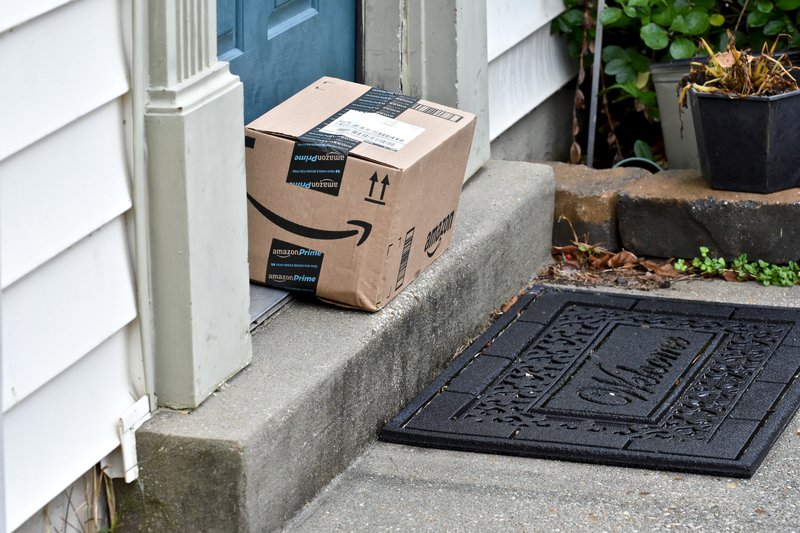 These days, social commerce is one of the internet’s brightest horizons, representing the successful commercialization of services that were once just fun and kitschy—like Instagram and Pinterest. These services have recently launched tools through which people can shop and sell. And a few weeks ago, Snapchat entered the fray, offering an augmented reality-shopping feature. The basic idea is this: You’re out and about, you see a product you like, you snap it, and a second later the app gives you a link to purchase it on Amazon. (And if it can’t find the exact good, it offers approximate ones.) In short, Amazon has circumvented the need for brick-and-mortar space. I mean, who really needs retail stores when almost every encounter can be turned into a point of sale—into a customers who bought this item also bought moment?

In its write-up of this news, TechCrunch proffers that “Snapchat wants its camera to become the new cursor.” Likewise, Forbes notes that the Snapchat audience is 60 percent more likely to make impulse purchases on certain types of products, Axios observes that Snapchat “wants to become a utility for users,” The Verge focuses on how the tool will make shopping easier, and the Los Angeles Times imagines “point-and-shoot shopping” that allows “users to easily buy what they see on their screens”—as well as, now, in real life.

And yet, none of these pieces meaningfully examines, among other things, Amazon’s ongoing labor issues, social media’s unresolved privacy concerns, or the potential consequences of the two mingling. Indeed, a litany of questions remains: How does this technology actually work? Are companies indexing purchases completed in order to test success rates? Will they pull GPS information along with completed purchases in order to triangulate regional tastemaking? Will they access contacts to see if certain products are bought by more or less sociable people? Are people with iPhones more impulsive shoppers than people with Android phones?

Given that companies live off data, it’s unlikely that they do things like this just for sales. As a result, it’s important to investigate what’s being left out of the narrative—and what these omissions might reveal about the state (or at least priorities) of tech journalism.

For starters, if tech journalism isn’t telling us how the technology works, what is it telling us? The aforementioned pieces largely focus on business narratives around the two companies. CNet, The Verge, the Los Angeles Times, and TechCrunch all broadly note Snapchat’s recent woes: a declining user base and falling stock prices. Forbes and Axios, meanwhile, focus on the positives, noting the stock bumps Snapchat has earned with this news.

Across the board, these outlets treat Amazon more as a friendly helper than as a company; it merely exists, barely noticed and ever useful. TechCrunch, for instance, says that “Amazon is clearly warming up to social partnerships,” as if it’s a hermit emerging from seclusion. CNet describes how the plan “lets you search for items on Amazon,” as if, in 2018, this sort of online shopping is novel. In The Verge’s account, Amazon is merely a benefactor, “giving Snap some money for every product sold.” Forbes says that the company “is becoming the de facto destination of sorts for product-related searches,” a mall of the future. Axios hardly mentions Amazon except as a place to “search for products.” The Los Angeles Times found an analyst who says that “Amazon makes decisions really based on the data that you put in front of them,” just a rational actor working from simple spreadsheets. A different analyst in the Los Angeles Times story says that the partnership “might be the two [companies] saying, ‘Let’s date.’”

These stories shine a light on how it’s becoming increasingly difficult to put critical distance between ourselves and companies. The language in these examples downplays dominance and normalizes monopolistic tendencies. Tech journalists are, in key ways, the frontline reporters for 21st-century problems, which the ballooning prominence of technology complicates. But what we’re too often seeing is a certain blindness to the position of a player worth over $1 trillion.

Indeed, by focusing almost purely on stock prices and audience share and, in consequence, ignoring the very real attendant social problems, this sort of narrative functions as little more than pro-business hype. This wouldn’t necessarily be surprising from Forbes; after all, business coverage is its raison d’etre. The other five outlets, however, aren’t business-oriented. Axios and the Los Angeles Times are general-interest publications, while TechCrunch, CNet, and The Verge all center on tech news. Yet the Forbes article is, ironically, the most neutral: It avoids any particularly humanizing language and sticks to basic data forecasting. It’s the other outlets that talk about Amazon’s “dating life,” giving Snapchat money, and warming up to partnerships.

These news sources have a particular capitalist tilt that all too often accompanies our discussions of big businesses. Amazon already accounts for 44 percent of all U.S. online sales in 2017. How high will its control of these sales go before we begin to consider where it’s taking us? And how many of our daily interactions will have been monetized in the meantime?

Generally speaking, a monopoly is bad news: A company in this position controls prices to an unreasonable extent. Importantly, Amazon isn’t there yet, but we may not recognize the moment when it finally arrives, and never before has a company been in a position to absolutely control choice. If a company can control choice, it can do more than just dictate prices: It can govern the quality of goods by promoting certain products over others, and it can define the boundaries of debate by favoring certain books over others. It can set standards of beauty through magazines and makeup. It can determine how kids grow up through toys—and Snapchat integration.

Of course, not all of tech journalism is fumbling the ball on this front. But enough of it is to make the overall tenor of the conversation worrying. Much as “google” has become the term for searching online, we may soon replace “to shop online” with “to amazon.”

Cool shoes, by the way. Let me just snap a picture…