The Other Side of Serial 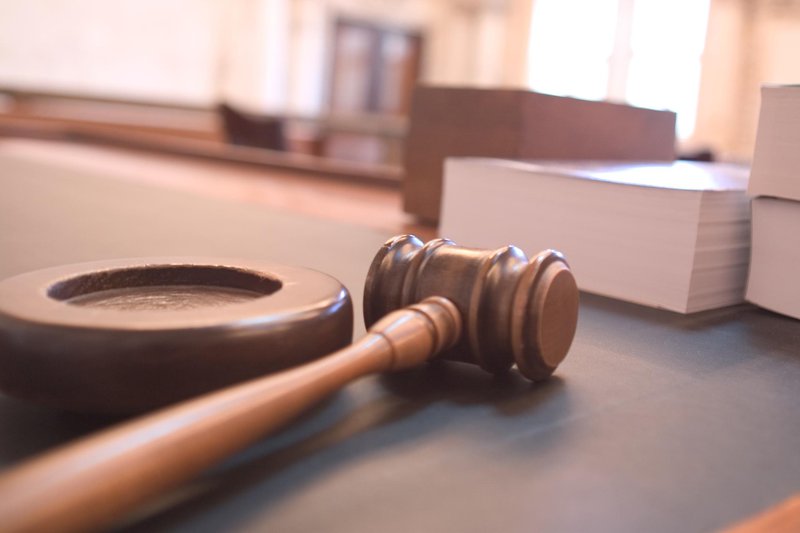 By the time you get to the “Serial” chapter in Rabia Chaudry's book, Adnan's Story, it’s clear that her relationship—like Adnan Syed’s own—with the record breaking podcast is complicated.

Chaudry (who, in the interest of full disclosure, was a fellow at New America, where I work as a policy analyst) is a long-time family friend of the Syeds and the force behind Serial. In her book, she details the story with which so many of us now feel familiar: Adnan Syed’s conviction for the 1999 murder of his former girlfriend, Hae Min Lee. But so, too, does she explain how the podcast came to be, and why, after she pushed so hard for this story to be told, she felt ambivalent when someone else did just that. In the process of negotiating those complications, Chaudry’s book highlights the tension that arises from offering one’s personal narrative up for public consumption.

Chaudry reached out to Koenig after discovering that she covered the disbarment of Syed’s former lawyer for the Baltimore Sun about two years after his conviction. Chaudry always wanted to take the story to a journalist, hoping that public scrutiny would pressure the state of Maryland to revisit the case, as has happened in numerous wrongful convictions that were overturned following deep investigative reporting. After convincing Koenig, according to her book, she finally convinced the Syeds to submit to the oncoming media attention.

But Serial is no Making a Murderer. It doesn’t even fall into the same subgenre as HBO’s hit The Jinx, to which it’s most compared. Both of those docu-series are endeavors of activism in some sense. Serial is an endeavor of journalism. And while appreciative of the outcome—Syed’s conviction was overturned in June—it’s clear that Chaudry was somewhat disappointed with the podcast, perhaps for this reason.

Or perhaps it’s also because Adnan’s story is, in a way, Rabia’s, too. Chaudry's life seems to have unfolded alongside, or maybe through, the narrative of Syed. Marriages (two), births (two), and even career changes coincided with his arrest, conviction, sentencing, and several appeals—his incarceration always serving as the grim backdrop to events in her life. In her book she describes several instances of paranoia resulting from her involvement in the case. “I began saying copious prayers and blowing the prayers over my girls as they left for school, not wanting to let them to go. I started noticing cars on the road that I thought I’d seen before--was someone following me? Was it the Baltimore City Police?” she wondered. She acknowledges her paranoia, but it doesn’t make her fear any less palpable.

It’s evident that she’s risked a great deal, both personally and professionally, to prove Syed’s innocence, and that she expected Serial to do the same. Chaudry describes numerous confrontations between her and Koenig that seem to result from this gap in intentions. One such confrontation regarded episode ten’s discussion of Adnan’s relationship with his trial lawyer, Christina Gutierrez. In the episode, Koenig expresses surprise at Syed’s sympathetic thoughts toward the lawyer who lost his case. According to a letter in Chaudry’s book from Syed, an important clarification was left out of the episode, one in which he says that he felt sympathetic about Guitierrez before he found out how badly she’d failed him as a lawyer. Chaudry says she and Adnan were “livid” about this erasure, primarily because they feared this omission could be used by the state against his (at the time) ongoing ineffective assistance of counsel (IAC) claim. The height of Chaudry’s discontent is finally detailed in what she described as a “full-on shouting match” between her and Koenig over a misunderstanding between the two, illuminating a tension between someone who is clearly an advocate and someone who is not.

When asked about how Serial made editorial decisions, Koenig said this to me in an email: "We didn’t tailor any of our editorial decisions to Adnan’s post-conviction appeal. We’re reporters, not advocates. We investigate our stories independently of whether what we find will help or hurt someone’s legal case. That was especially true in Season Two of Serial, about Bowe Bergdahl, who was facing a possible court martial when our story began airing. That’s not to say that we’re unaware of the potential consequences of our reporting. But we do not include or withhold information based on what’s good or bad for our subjects’ court proceedings.”

Chaudry cites her disappointment in Koenig’s decisions not to include certain pieces of information in the podcast as the reason that she started her own blog, Split the Moon, during the taping of the episodes to add additional commentary and proof of Adnan's innocence. “I understood the value in keeping people engaged by playing both sides of the story,” Chaudry wrote. “What I couldn’t stomach was Serial’s failure to tell the entire story, to leave out things that were important to understanding what really happened.”

But what happened to Syed and his family (the book details the way in which Adnan Syed’s arrest led to his father’s emotional debilitation and to one brother’s withdrawal and another’s depression) and to Chaudry can never be understood in the same way by journalists or a podcast’s producers or its listeners, who, it is true, were not there and do not have the same emotional investment in the case or its outcome. For Chaudry, and the Syeds for that matter, to sit on the sidelines and watch Adnan’s story and the story of his case become entertainment to a vast audience through Serial must have been excruciating. Chaudry’s book demonstrates a desire to reclaim control over a story that they lived. When you give your story to any author, whether it’s the troubled Averys in Making a Murderer, or the estranged Petersons in the Staircase, you’re waving goodbye to your version of it, and control over the way it's told.

Chaudry is careful to express gratitude to the podcast throughout, describing the challenges of negotiating her relationship--and that of Syed’s family—with Koenig. Surely one can imagine how listening to episodes that did not exactly work in Syed’s favor would be challenging for his loved ones who have been fighting for his exoneration for many years, much as details that worked in his favor were likely also emotional for them. Pain, frustration, and disappointment are clear in every grotesque description of Lee’s dead body, every conspiracy put forth against the prosecution, every letter from Syed. The reader is reminded, admonished even, to dispel with the notion that this is a fictional narrative, investigated in podcast form for audience entertainment. This is the story of someone’s life. Or, perhaps more aptly, lives.

It’s hard to read about the troubles of Syed’s family and not feel the least bit of shame for enjoying Serial, as is the case with any true crime narrative. In Slate’s Serial Spoiler Special podcast, Slate staff writer Katy Waldman described Chaudry’s blog as a place to go, not if you want to learn more about the case necessarily, but where you go to “really feel how some of the bystanders in this story are feeling.” The same can be said about the book. There is no piece of information presented in the book that will conclusively exonerate Adnan Syed. There’s no smoking gun. Instead, after devouring a serialized podcast that drew in millions of listeners from around the world, the reader is left wondering what could move a person so much so that they would seemingly risk their life to pursue this case. After all, many people believe in Syed’s innocence, especially after the podcast. None have risked as much as Chaudry to prove it. And that—why Chaudry has fought so hard for his exoneration over the years, risking her own life and happiness in the process—is a question that goes unanswered in the book.